How Australia Day echoes the 1948 exodus of Palestine

The parallels between Australia and Israel are particularly obvious on January 26, writes Randa Abdel-Fattah.

Still from 1977 Australian film Dot and the Kangaroo

In my box of childhood memorabilia is a 1988 “Bicentennial Memento for School Students”. I was nine years’ old when the government issued this heritage medallion to Australian students. My family and I were visiting my father’s family in Kuwait during the Bicentennial celebrations. We watched the news of the massive Sydney protest march held on Australia Day. It didn’t make sense to me. I was too young then to realise I had a reference point to understand dispossession and land theft. Indeed, we were in Kuwait because my Palestinian family was denied the right to live on their land in Israeli-occupied Palestine.

If you had asked me then what I learned at school about Australia’s ‘founding’ history, I would have been able to tell you about life on the first fleet, the hardships convicts endured, Captain Cook’s voyages and Arthur Phillip’s arrival. Australia’s Aboriginal and Torres Strait Islander First Nations’ people was absent from the triumphant and celebratory narrative I was taught at school. The single film I recall watching first at school and then at home, borrowed from our local corner milk bar run by a Palestinian family, was Dot and the Kangaroo. The irony of this sits with me like concrete in my stomach. I am of Palestinian descent and I grew up hearing stories about dispossession, injustice, land rights. Yet my family and I watched Dot and the Kangaroo as just another cartoon. I even remember being terrified of the scene in which Dot and her kangaroo friend spy on a supposed Aboriginal tribal hunting ceremony.

I was an ’80s child, socialised in a non-reflexive, self-idealised narrative of Australia as a trying-to-be-successful multicultural nation which had only recently abandoned (at least legally, anyway) its racist White Australia policy. Growing up I understood that my father had a home in Palestine, which he was not allowed to return to, and that I had family in Kuwait and Jordan, who were denied the right to live in their homeland, Palestine. I attended family weekend events hosted by a local Palestinian group where I caught snatches of conversation about an intifada, about somebody called Yasser Arafat. There was little understanding then of how the dispossessed were on the land of another dispossessed people. My family migrated to Australia in 1971, only a few years after Aboriginal people were counted in the national census for the first time. I grew up at a time in which the myth of terra nullius was upheld and legal challenges to the principle were unsuccessful.

My own political consciousness and activism, especially around Palestine, emerged in my late teenage years. I started to understand that settler colonialism can only be challenged by recognising shared racial logics, and building movements based on solidarity. As a law student learning about Mabo, I viscerally felt the immoral and wicked mythology of terra nullius. Didn’t Zionists similarly justify the ethnic cleansing of Palestine based on the claim of “a land without a people for a people without a land”?

Today, I want my children to understand whose land they are on. I want this history to become part of their taken-for-granted political and historical vernacular. I want them to understand that they cannot mourn the Palestinian Nakba (and continuing Nakbas) while ignoring Indigenous Australia’s January 26 founding (and ongoing) catastrophe. It is little wonder that our government is so quick to emphasise Australia’s shared values with Israel. We do indeed share a settler colonial identity. For this reason, I want my children to appreciate that Palestine is inside Indigenous Australia, and Indigenous Australia is inside Palestine. What we are both fighting for is nothing less than the right to self-determination, justice, freedom and equality.

I know first-hand that settler colonies, founded on blood and illegitimacy, relentlessly pursue retrospective legitimacy only by seeking to erase the pain, history and identity of the dispossessed. To actively celebrate and rejoice in that first violation is a power play, a reminder that domination and oppression are not past “anniversaries”, but ongoing punishments. What are we being asked to celebrate? Insisting that we celebrate invasion is an emphatic message that Australia is not ashamed of its original sin. Not only is it not ashamed, it proudly clings to its identity as a settler-colony, proof that we are a nation utterly bereft of an identity based on equality, morality and compassion.

And so when Indigenous Australians protest the celebration of their own first (of many and ongoing) Nakbas – Invasion Day – I offer my solidarity. As an Australian and as a Palestinian, I will continue to do what is within my power to offer myself as an ally standing beside and behind Indigenous Australians, privileging their decisions and choices, taking my cue from their agendas and wishes, educating my children and networks, and unequivocally refusing to participate in a celebration of the trauma of the owners of the land on which we are privileged to live. 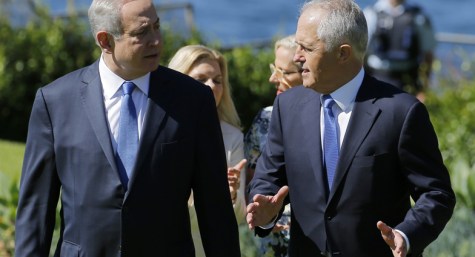 Truckling Turnbull gets a Bibi brushoff on two states 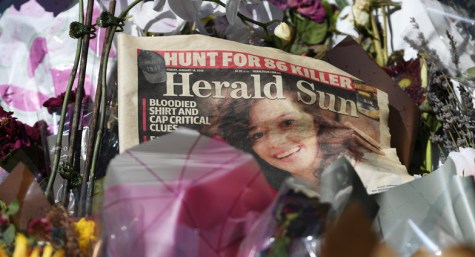 The politics of erasing Palestinians

Thank you, Randa. I shall be there with you in whichever march we take part tomorrow.

So tell me this: will non-aboriginal Australians ever be recognised as Australians by the First Australians? If the answer to this is affirmative, then there is no solution.

What about mixed-race Australians? Even if they choose to identify as First Australians, they still have a problem.

And why do the First Australians even want to call themselves ANY sort of Australian. Wouldn’t they want it called whatever it was called before the invaders called it Australia? Was it actually called anything, or is that not part of the culture?

Finally, why does any First Australian born after me get to call themselves “first” when I was here before them?

I find this whole discussion specious.

I think you find the discussion specious because you don’t understand it at all. The first PEOPLE in this land call themselves by their people’s name. My neighbour is Worimi.
What do they call this land? It was a part of them and they of it. They understood symbiosis. We still don’t, as is obvious by your understanding of people and land.

I believe I do understand the symbiosis you speak of. I was born in this land. I’m a part of it, and it of me.
And I did ask the question as to whether the first PEOPLE had a name for this land. Your comment doesn’t address this, and it was a real search for knowledge: not a throw-away line.

Seems to me you don’t understand any more than I do.

However, that’s not the point. You ignored my first two paragraphs, which is where the specious nature of the discussion is. Because, you see, (or maybe not), all being the first means is that the first FLEET, representing a foreign invader, are accused of being a bunch of thieves, murderers and usurpers. Now, I don’t really have a problem with that (ie I guess from one standpoint it’s not wrong). I am sure that all invaded nations all over the world feel that way about their invaders. But to continuously, year on year, seize the opportunity to
try to guilt out non-aboriginal Australia for even still being here is at best unproductive but more likely to seriously damage the credibility of whatever the REAL agenda is.

From where I stand, if we’re born here we’re Australians and natives of this land.

Consider this: what happens if, say, China decides it wants to own Australia? Just think what they might do to all the non-Asians they find here. The first thing they won’t put up with is non-Asians continuously insulting their culture, demanding reparation, and telling them to “go back where they came from”.

It just seems to me that the whole push behind changing the date is wrong-headed and irrelevant. No other date to commemorate that event can be acceptable either, because the event itself is unacceptable.

So, Zeke, what is it I don’t understand, apart from what I said I didn’t understand? Hint: “everything” is the wrong answer.

bullshit Zeke… it was a neolithic like existence especially in central Australia.
The day was spent in search of food and defending what ever water was available, if environmental conditions exerted more than usual stress, people died.
Pre-colonization Australia was not some “golden age” of milk and honey, it was brutal survival of the fittest.

Perhaps you need to look into the issue a bit more?
The first thing is to be recognised as an equal, with equal rights and expectations for a reasonable life. Like any other human being. Once those rights are acknowledged then I doubt very much that there will be any problem with the name of the continent we all live on.

Must re-watch Dot and the Kangaroo. I was in kindy when I got that “medal” and so watched Dot many times

also didn’t meant to make that a response to your comment Lee. Just being incompetent today 🙂

We have to move past this. In some way nearly everyone has been dispossessed at some time. Think of the Scottish Clearances. The Irish Great Potato Famine. How about Attila the Hun. The millions of Chinese, Filipinos, Vietnamese displaced by earthquakes and flood. The answer is to get on with it, hunker down, form new alliances and breed a new type of human. Without prejudice, national loyalties or religious restrictions.

I am not sure that a new type of human who forsakes ancestry, culture and heritage is a complete human being. Sounds a bit like a robot. Our past is part of who we are. If you have no connection to land or society or family, you are poor in some respect. All that is required is respect and acknowledgment of differences, and not to take anything from people that they are not willing to give, or cannot give.

The idealist in me wants this. The realist says we MUST do something or be damned by history and morality. The Aboriginal connections to this area go back eons compared to most areas of the world, excepting Africa. From any decent historians perspective the First Fleet was an invasion and we should all acknowledge that before we can have any real discussion. I have a First Fleet ancestor and have found no record of a visa been issued – that said he clearly didn’t want to be removed from his original homeland either & they at least paid his fare out to here.