Aunty has invited Charles Waterstreet to publicly discuss the #MeToo movement on national television. Plus other media tidbits of the day.

Waterstreet on #MeToo Q&A panel. The ABC has made the odd decision to include controversial Sydney barrister Charles Waterstreet — the man who has claimed to be the inspiration for the main character of Rake, and who was recently accused of sexual harassment (which he denies) — on its special episode of Q&A to discuss the #MeToo movement. The mid-week program will reportedly have Waterstreet, as well as actress Rachel Griffiths, journalism and gender studies professor Catherine Lumby, and workplace lawyer Josh Bornstein. Journalist Nina Funnell, who reported on Waterstreet’s alleged sexual harassment for New Matilda, said on Twitter she’d been invited to sit in the audience, and a change.org petition has been set up to get her on the panel.

In a statement, an ABC spokeswoman told Crikey:

The #MeToo movement has raised highly sensitive and strongly emotive issues — and an important conversation to have. In its special 15 February episode Q&A will bring together a panel to discuss these issues. As always, the panel will represent a variety of perspectives and experiences, exposing Australian citizens to a range of views and ideas they may oppose, as well as those they support.

The ABC is yet to confirm the panel members.

Thursday’s event was attended by 360 figures from British business, politics and finance and the entertainment included 130 specially hired hostesses. All of the women were told to wear skimpy black outfits with matching underwear and high heels … Over the course of six hours, many of the hostesses were subjected to groping, lewd comments and repeated requests to join diners in bedrooms elsewhere in the Dorchester. Hostesses reported men repeatedly putting hands up their skirts; one said an attendee had exposed his penis to her during the evening.

No #MeToo here. A open night for the Harvey Weinsteins of British business, sport, media and others with deep pockets and wandering hands. — Glenn Dyer

Canadian Vice joint venture ends. Canadian media giant Rogers Communications has pulled the plug on its three-year-old joint venture with Vice Media which includes the Viceland Canada 24-hour cable channel and a Toronto production studio. Rogers Media confirmed it has bailed out of the joint venture in Vice’s home country, and transferred its 70.1% interest in Vice Studio Canada to Vice Canada.

Rogers Communications’ fourth-quarter financial results are out Thursday night our time and this news will be part of that statement. According to the latest figures from the CRTC, Canada’s TV regulator, Viceland Canada posted a $C2.49 million pre-tax loss in 2016, the last fiscal year measured, against a pre-tax profit of $C236,938 in 2015, with overall revenue for the channel falling 14% from $C6.36 million in 2015. The decision to end to the joint venture means the 2017 performance was even worse than that.

In Australia, SBS has a joint venture in place with Vice that started in late 2016, and by the ratings has done OK. An SBS spokesman told Crikey that the current arrangement was uk skycontinuing:  “VICE continues to provide the channel with distinctive charter-aligned content from around the world, which complements the other acquired and commissioned content on the channel.”

And a Vice Australia spokesman also said the partnership was ongoing: “The SBS partnership continues to play an important role in making our unique content available to young Australians. “ — Glenn Dyer and Emily Watkins

Facebook’s fake news problem. Facebook hasn’t yet address how its news feed changes, which it says will help address fake news on the platform, will stop fake posts by users’ friends going viral. Take, for example, this fake Friends movie trailer that sent fans into a spin a couple of days ago. A version of a Smasher video, the trailer reportedly reached more than 53 million users before the account that posted it changed its name from “William Ferrell” (not the actual actor of the same name) to “Funny Inc”. 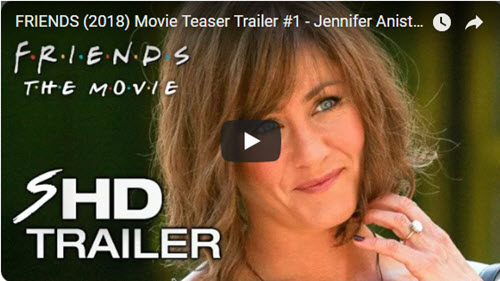 UK regulator rejects Murdoch’s Sky bid. Britain’s Competition and Markets Authority (CMA) overnight provisionally rejected the Murdoch family’s second attempt to mop up the 61% of Sky it didn’t own. In the UK, the Murdochs already have total control of the Times of London and Sunday Times newspapers, The Sun tabloid and its Sunday edition.

But at the moment, the future of Sky remains uncertain. The takeover by the Murdoch Family Trust’s 21st Century Fox has been superseded by Walt Disney’s US$66 billion deal to buy Fox’s entertainment assets — including its existing stake in Sky. UK authorities hinted they would be open to reconsidering their decision once the Disney deal is done. Compared to the Murdoch empire, Disney is a cleanskin, but it would have to find US$15 billion to do the deal.

In its decision the CMA said the deal would give the Murdoch family “too much control over news providers across all media platforms, and therefore too much influence over public opinion and the political agenda”. The CMA had been scrutinising the deal for its likely effect on media plurality in the UK and for a commitment to broadcasting standards.

The Fox/Sky deal could still be cleared — the competition body’s report will not be finalised until May 1 when it reports to UK culture secretary Matt Hancock, who makes the ultimate decision, and the regulator also set out possible remedies that could allow the US$15 billion deal to go ahead. — Glenn Dyer

Glenn Dyer’s TV Ratings.  In the Tennis, on Seven, Rafa Nadal retired hurt in the fifth set after a four set close one with Marin Cilic, who was pretty awesome and had the wood on Rafa anyway. End of ratings story, end of night — big numbers, Seven wins.

Oztam, the ratings organiser, is cutting back on the amount of information it releases so some of the figures for some programs will be partials, such as Nine/NBN News, some ABC, SBS, Seven, Ten and Nine programs. That’s why there are no national figures for morning and breakfast programs. — Read the rest on the Crikey website

Re: Q&A “The ABC is yet to confirm the panel members.”
Let’s just hope that someone with half a functioning brain cell in ABC management, has realised, just in time, that having Charles Waterstreet on a #MeToo themed show is a flaming trashfire too far.

It would be a pity to see SBS Vice HD disappear. It has a uniquely fresh look in it’s programming. It leaves our other channels for dead. Abandoned would have to be my favourite series.

I agree. SBS Viceland has great programming, not the least Vice News Tonight which manages to cover the world much better than ABC TV News.
Abandoned is my favourite series also.

No politician on Q&A? That can’t be a bad idea. Doesn’t mean that the panel suggested is good but, baby steps.