Neil Mitchell offers his two cents on the Robert Doyle allegations. Plus other media tidbits of the day.

Neil Mitchell on Robert Doyle. 3AW broadcaster Neil Mitchell has weighed in on the allegations against his friend Melbourne Lord Mayor Robert Doyle in an editorial on his program. Doyle is subject to two inquiries into allegations of sexual harassment, and Mitchell said Doyle was “violently ill most days”, and said repeatedly he wasn’t defending Doyle, but said he was attacking the process. “He’s been hung, drawn and quartered in the media and I believe he still hasn’t seen all the allegations against him,” Mitchell said.

Greenwald’s war on the Russia investigation. New York Magazine has published a new profile on journalist Glenn Greenwald after spending some time with him at home in Rio de Janeiro.

It probably doesn’t matter to Greenwald in the end how many new details emerge about Russia. The big truth — that American society is in dire need of reform and Russia is not to blame for that — can never be dislodged by the little truths. Still, in the weeks following my visit to Rio, Greenwald seemed to grow self-conscious of his alienated stance. On December 8, he emailed me that he’d been asked to appear on the Sean Hannity Show to talk about his criticism of a CNN story about emails between Trump’s team and WikiLeaks that he considered ‘the biggest fuck-up yet in the Trump/Russia story — totally humiliating.’ A few hours later, he reconsidered. ‘Actually I’ve decided to take the opportunity to go on and just spend the whole time bashing the shit out of Fox and Hannity rather than doing what they want me to do: attacking CNN.’ 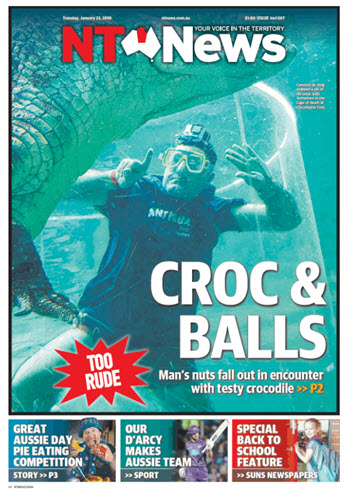 Netflix takes harassment claims hit. The spate of US sexual harassment claims involving media, film and other personalities saw Netflix take a fourth quarter, US$39 million hit for content it has paid for, but which it does now not plan to release. Netflix didn’t elaborate. That is believed to include Louis CK’s planned comedy specials, which were canned after the comedian was accused of sexual misdeeds, as well as a movie planned with Kevin Spacey that was spiked for similar reasons. Despite this unexpected expense, Netflix said it was able to exceed its own profit and income forecasts, in part, because of stronger subscriber growth, especially internationally, which turned in its first ever profit for a year of US$234 million. Total international subscribers (net) were 63.8 million of total company wide subs at year’s end of $118.5 million. — Glenn Dyer

Glenn Dyer’s TV Ratings.  The tennis, the Big Bash cricket: night over. — Read the rest on the Crikey website

Considering Robert’s violent illnesses, I am not sure all the allegations against him would be the best medicine at this point in time. Always thought this story had legs, but it seems to be involving more and more legs.

If anyone was ‘trial by media’ it was the Councillor Tessa who was his first accuser, what the Herald Sun did to her was disgraceful. No wonder the Age reports that more women don’t want to come forward to be slammed in the media. Neil Mitchell should be more focused on the victim blaming in the media than on defending a man who has had now 4 women make very similar accusations against him.

I’m not the only person to have some unease at the public airing and discussion of sexual harassment/assault matters but having worked in family violence services I can understand why it has come to this. Organisational structures and the state legal system often fail women and the ‘Me-Too’ campaign is partly a result of that failure.
Robert Doyle is a powerful man who has relished bruising political battle and now his allies and enemies are hovering above the scene. There are also social and mainstream media players who just like the drama of it and who breathlessly report on every new development.
I hope the outcome of all this is that sexual harassment stops happening in organisations. More than that, I’m with Germaine Greer in that the legal framework around these matters also needs radical change so that it is easier and safer for women to take action against men when they need to.
The legal system for serious sexual assault matters (and so far the Doyle allegations do not seem to be at the worst end of the scale) is totally inadequate. It will be interesting to see what suggestions Greer has to make in her forthcoming book, tentatively named ‘Rape’.