Young, unmarried couple in New Zealand have sex. You won’t believe what happens next!

News that New Zealand PM Jacinda Ardern was pregnant sent the country into a frenzy last week. We examine the responses which ranged from lovely to bizarre to downright nonsensical.

On Friday the Prime Minister of New Zealand Jacinda Ardern and her partner Clark Gayford announced her pregnancy via social media. Ardern will actually be only the second female PM to become a mother while in office. The first was Pakistan’s Benazir Bhutto.

Amidst the various lovely responses, and perhaps the faintest sound of Justin Trudeau having a little jealousy weep, was the collective relief of many newsrooms. Deeply afraid that January would never end, journos were understandably thrilled that they had a lead story that didn’t involve Trump, the summer road toll or the creepily slow recognition that New Zealand may have sold all the pretty bits of the homeland.

But sitting in Melbourne I could hear the gates to stupid town swinging wide open, by which I mean the online comments section. Predictably, there was a lot of “she will have to resign because she won’t be able to do her job”. 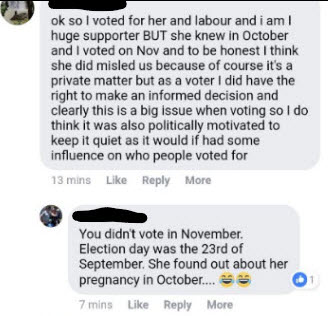 Luckily the people with the ability to count did the maths (and the good work) by pointing out that she had in fact been doing her job while she was pregnant. Imagine that!

The global astonishment level at two people having sex and getting pregnant did leave me slightly more concerned about sex education than I had been earlier in the week so I stopped reading the comments when it got all a bit “Teen Mom NZ edition”. Meaning that all I missed in the hot takes was some bloke scratching his nuts and baying “this is Political Correctness gone mad”.

I had heard last year that Ardern was asking other women MPs who had babies while serving in parliament how they had found the experience. Many of us in the media knew this, and felt it fit into what we know of her. This is a woman who does her research.

What was less well known but mentioned by Ardern in her interview on Friday was that she and her partner had been told they would need some help conceiving. Turns out they didn’t.

Various colleagues of mine then spent quite some time trying to work out exactly what it was that bumped the PM and her partner’s fertility into the “fire at will” zone.

Broadcaster Mihingarangi Forbes (who I worked beside during two of her four pregnancies) is positive it was when she proffered one of her colleague’s particularly attractive offspring up to the PM for a squeeze that the magic happened. 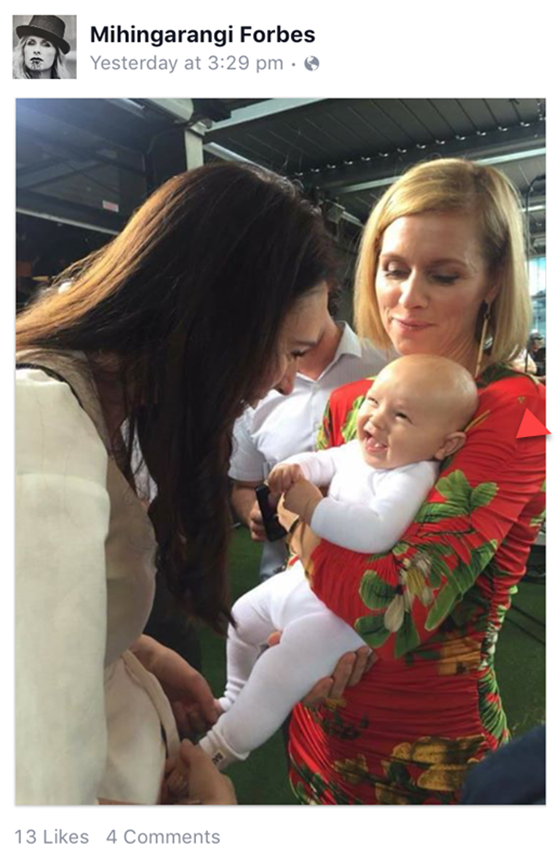 Personally, I favor the theory that it was when then new Labour leader Ardern was asked to share her intimate child bearing plans on breakfast TV that the lucky egg popped up much like an unexpected lotto ball …

As Ardern said on Friday, this will be “a wee one the village will raise”, perhaps anticipating the level of buy-in she has from families of all descriptions welcoming this opportunity to normalise something a lot of us already do, albeit often with less money and less villagers.

What she probably didn’t anticipate was all of us trying to work out what the inciting incident that helped the pregnancy along was. Perhaps ultimately we shouldn’t be so surprised — Ardern’s election slogan was “let’s do this”.

Professionally, I am looking forward to the moment when the embittered opposition (who thought they held sole possession of “family values”) annoy curmudgeonly 72-year-old Deputy PM Winston Peters (he’s the one that looks like one of Tony Soprano’s bag men) so much he will be forced to defend Adern’s right to govern and parent. That’s going to be be some excellent parliamentary TV right there.

If I’m truly honest about what I’m dreaming of though, it would be what happened to one woman I know: after returning to work while still breastfeeding, she leaned over a table to pick up a document and gave a workmate a fine facial spritz of breast milk.

That woman earned her hourly rate and our undying admiration.

One cool thing about this: I had no idea she was unmarried. I would have thought that that would have been trumpeted across all media, and I find it very encouraging that nobody (other than Crikey, albeit ironically) has deemed it worthy of mention.

I think it was just complacency that it wasn’t mentioned. If Rupert (sorry I assume he is every country’s problem) had interests in the New Zealand market or thought that she was a chance of winning, he would have brought it up to get the conservatives frothing.

I proudly told my daughter that she was unmarried, and that only 30 or 40 years ago this could have led to calls for invasion. She is wonderful. NZ can pick some good PM’s in amongst the dross. We just get dross.

And of course the extra bonus for Winston Peters is that he will have a whole 6 weeks as Acting PM. No wonder he’s so supportive.

Standing ovation and a koala stamp to the subeditor. 🙂

Sheesh, “..the media knew this, and felt it fit into what we know..” and “..with less money and less villagers.“.

@AR.
You had better explain that to many.
I think more people speak that Yank pidgin in Aus. than English. Even our own version of it.

Yank English here is merely an indication of how much US culture has spread. Folk singers adopt a nasal whine, yeah replaces yes on ABC. Ditto ‘she’s like’ for ‘she said’, and so on. Once Mandarin influence replaces that of the US , elements of Chinese Speak will infiltrate instead.

@AR … and “what we knew of her”, surely?
But is there, perhaps, a case for a Freudian present tense? These clued-up journos, as opposed to the hoi poloi wondering how conception could possibly have happened, were so privily psychic that they actually felt something fit in, in real time, as it happened, as it were.
Bears thinking about… well, no it doesn’t actually.

“But sitting in Melbourne I could hear the gates to stupid town swinging wide open.” Gold!