Michael Fullilove is an energetic and well-respected commentator, with the pale moon-tan of the true library-bound scholar.

When it finally became clear that Sam Dastyari’s Senate position was untenable, and Dasher would shortly be making his final dash, it was inevitable that hands would go up for that most delicious of Australian political baubles, a No. 1 Senate berth, gained without the necessity of actual contact with the voters. Folks didn’t yet know that the spot was reserved for Kristina Keneally — the failed New South Wales premier, fresh from her failed tilt at the seat of Bennelong, elevated on the alleged grounds that she has some sort of general public appeal – and one personage being bruited around was the magnificently named Michael Fullilove.

Say who now? Fullilove is the director of the Lowy Institute, the think tank funded by shopping-mall perpetrator Frank Lowy, fast becoming a one-stop shop for segment producers and section editors who need quick and usable comment, from a “centrist” perspective. By “centrist”, we mean centre-right of course; the Lowy Institute is a strongly pro-US alliance, pro-Zionist, pro-military intervention position mill, whose policy pluralism works the same way as the food courts in one of Frank’s ghastly Westfield shopping towns: 25 outlets selling different cuisines, and it all tastes like sweet and sour chicken.

Fullilove is an energetic and well-respected commentator, with the pale moon-tan of the true library-bound scholar: an expert on Franklin D. Roosevelt and his staff and advisers, his work is nevertheless somewhat limited in appeal by its uncritical nature: his very useful Rendezvous with Destiny, which follows the pathways of FDR, Harry Hopkins and other senior pro-British “brains trusters” in 1939-1941, manages to make the actual entry of the US into World War II a somewhat dull affair — a curious achievement.

I’ve read the book twice to see how he does that, and it seems to come down to sycophancy, which is to think tank commanders what black lung is to pit miners: something everyone in the job catches sooner or later. Fullilove seems so pleased to be in the (textual) presence of these great men and women, he can’t bring forth the jealousy, ambition, neurosis, alcoholism and blind spots (racial chauvinism uppermost among them) that were also a feature of their lives. Fullilove’s career might just be a case of nominative determinism.

Calling your magnum opus Rendezvous With Destiny is akin to clearing your throat meaningfully whenever anyone says “where will the leadership come from?”, and hanging out with the brains trust and organising events of a manner akin to Sydney Institute dos, except not crushingly sad, has given Fullilove a taste for the corridors of power, and for some years he has been trying to get a Labor Senate spot. He is good friends with Mark Arbib, the former Labor Right senator who, WikiLeaks “cablegate” docs revealed, went so regularly back and forth from Labor caucus to the US embassy, that the ACT bus system may as well have put him on their route map. But Arbib’s Senate spot went to Bob Carr instead, another Fullilove friend.

That he is deep in Labor territory is something that isn’t much advertised by the Lowy Institute, which describes itself as an “an independent, nonpartisan international policy think tank …”. The cat was rather let out of the bag by Paul Keating, responding to an intro by the Lovester:

“It’s great to be back at the Lowy Institute, kind of colonised it, having you in charge Michael, or I like to think so. Little bit of strain here and there, but that’s OK, we understand.”

We sure do, now. News that the Lovester was making sweet love to Labor’s selectors was broken by Sam Maiden. But insiders say he was never in the running at any time, and lacks any realtime political nous – even before his disconcerting resemblance to a Dilbert character is added to the mix.

Another flying Dutchman of the Australian political scene? Fullilove would have a way to go before he equals the record of the IPA’s John Roskam, who has been everywhere, man. As recorded by Dominic “Illywhacker” Kelly, Roscoe has had two tilts at a Senate spot in 1997 and 2003, started but did not complete in Kooyong and Higgins in 2009, and latterly failed in a bid for the state seat of Hawthorn in 2014. Once one of the IPA’s pale thin riders, he now resembles Blakey from On The Buses, which might actually be a plus when he goes for a slot at Whittlesea shire in ’19.

So it’s back to the Lowy Institute mill. Its method of working can be judged by an exchange this correspondent had with Sam Roggeveen, then-editor of the Institute’s The Interpreter newsletter in 2013. After I wondered aloud whether the Lowy had sought anyone to counter a delusional pro-Iraq war retrospective given to them by John Howard, Sam responded with a list of critics — all of whom were critics of the war’s execution by the US, save for right-wing realpolitiker Tom Switzer, a man now so stubborn in his defence of Russian foreign policy that the designation “Moscow mule” seems appropriate. Would it not be in the spirit of an independent think tank, I wrote to Sam, to have actual critics, from the start, of the war as a crazed imperialist adventure of immense criminality, speak to the Lowy. I named, gasp, left-wing figures such as Jeff Sparrow, Antony Loewenstein and others.

Five years later, I’m still waiting for a reply. Perhaps the Lovester can organise it? He probably has a lot of time on his hands now. 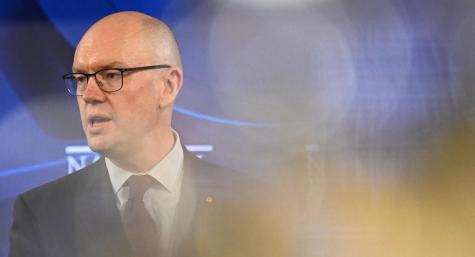 Australia must be strong on China: expert

yes, been watching Fullilove and his moon-tan for a while, and while not holding any candles for Catholic anti-abortionist Keneally, at least she has stopped this pro-US intellectual grifter from taking control of our “foreign policy” which is already somewhere down the toilet in nowhere land

I live in SA, and we have had abortion on demand…introduced by the Dunstan Labor government…since the 1970s.
Who cares what Keneally thinks. The Labor party is NEVER going to reverse that law…time for the other states to catch up???
You are just starting a political furphy!

Don’t worry, CML, SW is only “not holding any candles for Keneally”. SW doesn’t get a vote anyway, unlike Keneally from now on. What effect will this have on the balance of power inside the Opposition? Ms Keneally is no Mr Dasher.

then you are OK aren’t you jack, of south australia, you can forget about all the women in trouble outside your state, like in Queensland for example, and you can forget about the lack of any federal reproductive rights law, which certainly won’t be advanced by an ALP top-heavy with all the bloody Catholics, like Shorten and Keneally .. too many to count, and the Coalition the same.
and BTW I was there in the 1970’s, in Canberra, when we tried to change the law on abortion across all states, and Mr Pink Shorts was out there with us. Where were you? born yet?
Any thoughts on Fullilove? or just here for a bit of bovver

Susan…I will be 80 years old this year, and I’m female. Was certainly very much into this whole issue, as a working middle manager RN/RM at the time.
It was my job to convince some of the staff (in-hospital) that they hadn’t been asked to do the bloody abortions, and all I wanted them to do was provide care for the patients, regardless of their ‘diagnosis’. In a lot of cases I ended up caring for the abortion patients because of the religious bias of which you speak.
I have been an atheist for many decades, but raised as a Catholic, so understand where these people are coming from…I just don’t happen to agree with them. As for the pollies…they should be representing their electorates. I’m fed up to the back teeth with this ‘conscience vote’ nonsense…either they get in there and do the job, or piss off! Still don’t think the recalcitrant half dozen Labor members in the federal parliament who don’t accept abortion on demand are relevant AT ALL.
I’d be far more worried about one Pres Trump…he was on ABC radio this morning telling his fellow travellers how he was going to abolish abortion and revisit Roe V Wade. With the US Supreme Court now packed with the alt-right, anything could happen. And we do tend to follow American trends like the mob of sheep that we are!!
As for Mr Fullilove…I only know what he says in media interviews. He didn’t have a snowball’s chance in hell of attaining Sam’s Senate seat…too many Labor stalwarts waiting in the wings, who have now pulled out presumably on instructions from above. He didn’t sound very suitable as a Labor pollie to me anyway. Just another anti-Labor beat-up???

fair enough, at least you are old enough to know how long the battle for reproductive rights has been fought, but you are dead wrong about whether it matters that both major parties are top-heavy with anti-abortion Catholics, this is the very reason we are all hitting the streets again, decade after decade, here, and in Fullilove’s beloved USA

I ‘will be 80 years old this year’. I am male and I am not an atheist (actually I am a Quaker) but I otherwise agree with CML.
I think Pres Trump is the problem we all should be worried about. He has lots of money, a nuclear push-button and a temper – so he is likely to do something in the future that will be stupid.

Another CIA “asset” – and one that only comes out at night? Not even the NSW ALP Right is stupid enough (the NSW Spivs and Arseholes Party Nasty Wing is, but they blew it when L’il Mikey Baird went back to his Bankster roots and left the Armenian help to try and cover up the satisfied grunting from the BCA swine). Special K may be a bit bouncy for the Pell-pals, but she’s streets ahead of any competition, on or off Sky.

Foreign Policy Australia? Never since the dark days of Harold Holt has Australian Foreign Policy been so much in hock to the Americans. Malcolm Turnbull is just the latest in a long line of half-witted Australian prime ministers who regard Australia as Uncle Sam’s pet poodle.

We certainly do seem All The Way With DJT, don’t we?

‘Once one of the IPA’s pale thin riders, he (Roskam) now resembles Blakey from On The Buses, which might actually be a plus when he goes for a slot at Whittlesea shire in ’19.’

At least Keneally has colour & a backbone. Not to mention valuable experience.

The thing that Fullilove and Roskam do well is make Kenneally look like she is a gift of manna from heaven for the Labor Party.

I suspect that right wing think tanks, just aren’t, and that ‘centrist’ think tanks are just places to hedge your bets and not offend anything or anyone.

Left wing think tanks that are (think, that is), claiming space mainly in the political/economic sphere, are the only places to be found if you are going to find yourself in one.