How the Australia Day culture war came to WA

As debate continues at every level of government in the lead-up to Australia Day, we revisit the City of Fremantle. Some aren't convinced that change, when it comes, will begin with politicians.

When a Western Australian council quietly announced it was pushing back its Australia Day celebrations two days, little did it know it would drag the change the date saga kicking and screaming onto the national stage.

In late 2016, the City of Fremantle boldly claimed it was moving its traditional citizenship ceremonies to a more “culturally-inclusive event” on January 28 to recognise the pain many Indigenous Australians felt about Australia Day.

The move provoked a furious political backlash from the Turnbull government, with Assistant Minister for Immigration Alex Hawke threatening to strip the port city council of its citizenship ceremonies. The City of Fremantle eventually buckled, but its controversial political stance would trigger a seismic shift arguably never before seen in the Australia Day debate.

A swag of councils around Australia in the last 12 months have attempted to emulate the City of Fremantle, despite the Turnbull government criticising any attempts to remove any reference to Australia Day. In November, triple j also announced it was moving its Hottest 100 away from January 26 in a sign of respect for Indigenous Australians.

But the debate has been far from one-way traffic. Former Labor leader Mark Latham recently launched his own campaign to keep Australia Day on January 26, which has been strongly backed by Alice Springs councillor Jacinta Price and Indigenous leader Warren Mundine. And the issue took another turn this week, when Greens leader Richard Di Natale said his party was launching a major campaign to change the date of Australia Day and was urging councils around the country to follow the City of Fremantle’s lead.

While City of Fremantle Mayor Brad Pettitt admits his council may have re-ignited the debate, he is under no illusion that the issue has a long way to go. “What it is going to be required now is leadership at a federal level, and that was the same with same-sex marriage,” he said. “But there has been a massive shift in the debate. We knew our decision would be controversial but maybe just on a local level.

“I think it went from ‘this is a mad, fringe, loony left issue’ to ‘this is a conversation we have to have as a country’.”

“When you think about it, we celebrate Australia Day on a day that for a good portion of the population is at best uncomfortable, and at worst really insulting. Once you realise that, you can’t got back.”

Western Australian Liberal MP Ben Morton — the main catalyst for the ministerial intervention with the City of Fremantle — told Crikey the council was trying to make a political statement “against our national day of celebration”.

“Our citizenship ceremonies should never be used to validate a political point or event and that’s why I took action to prevent citizenship being part of the Fremantle council’s Australia Day alternate one-day event,” he said. “I succeeded in stopping that politicisation of citizenship and the ceremony went ahead as it should on Australia Day, as I understand it will this year. That is a success.”

Morton, the federal Liberal member for Tangney, was adamant Australia Day would never budge from January 26. He said for many Indigenous people, changing the date of Australia Day wasn’t even an issue.

“Changing the date of Australia Day is the plaything of white and Indigenous activists,” he said. “Quite frankly we need less activism and division, and more people focused on making lives better.

“As part of my role as an MP I have visited communities in our state’s north, those conversations related to health, alcohol and education and not once was Australia Day even mentioned. “I’ve met more Indigenous people who are focused on improving the lives of Indigenous people than I have who support changing the date of Australia Day.”

Respected Western Australian Aboriginal elder Robert Eggington said the issue around Australia Day had shifted so dramatically, it could one day decide a federal election.

“It’s far greater than same-sex marriage and Aboriginal people being identified in the Australia constitution,” he said. “This is really at the heart of the whole history of Australia and its colonial past.”

Eggington, from Dumbartung — a Nyoongah grassroots advocacy agency — has no doubt that the date for Australia Day will change.

“It’s going to happen. It may not happen next year or in five years, but it is going to happen,” he said. “I really do believe people in this country will be enlightened to a degree where they will act upon their own judgement. They will want to see Australia Day change.

“It won’t be a politically inspired change — these changes will come from the people.” 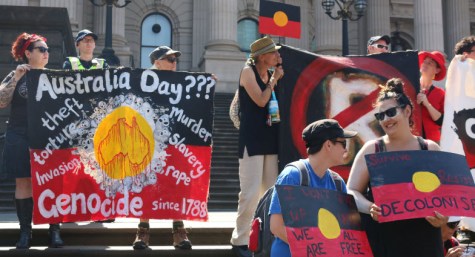 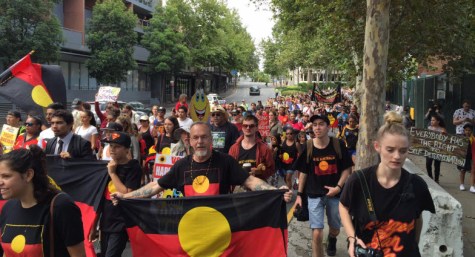 Fuck off, we’re full (of contradictions): the discontents of Australia Day 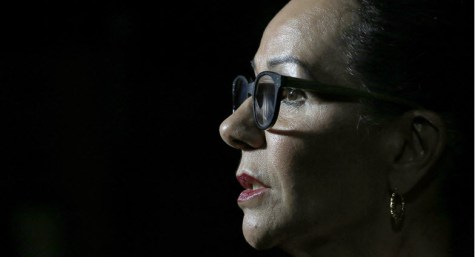 Crikey cheat sheet: where do our pollies stand on Australia Day?

I personally don’t take any notice of Australia Day. It’s a ‘nothing day’ – just the anniversary of the day that the First Fleet moved a few kilometres up the coast to a better harbour.

It was given significance much, much latter.

Now Anzac Day, that was given significance from the very start. It was commemorated by the troops in Europe and the Middle East from 1916. But its significance has changed over the years.

I think Australia Day should be celebrated on a different day. Perhaps the anniversary of when the name ‘Australia’ was first used officially? Or Republic Day?

Almost all Aboriginal people have a non indigenous ancestor whom they should also celebrate. Australia Day seems to be the appropriate date until we have our Australian Republic.

Perhaps they are reluctant to celebrate invading rapists and dispossessers. I know I am.

Nice of you to let people know what they should do. Anything else you think other people should celebrate?

Already in Tasmania the rule is “Australia Day (26 January), unless that day falls on a Saturday or Sunday, in which case the following Monday;”. That is, we already do not always have a holiday on 26 Jan.
Why not just say ‘Last Monday in January”, in a similar manner to most other holidays.

On behalf of the IPA, Business Council of Australia, Mining Association, Chamber of Commerce and Industry, and Employers Associations of Australia. Nausea Ltd., Hancock Prospecting and the LNP . ( I didn’t, ask but think they agree.).
I propose we eliminate Australia Day completely.
By doing that it eliminates those lazy unproductive Lower Social Orders wasting their time sitting around and having fun. By not working on that day they cost the economy squillions of dollars, lower our profits and threaten our CEOs bonuses. Not to mention the exorbitant Penalty Rates we have to pay, brought on by those Union Thugs strangling and robbing us. ( Non- union Thugs exempted.)
As an additional bonus it will stop that ridiculous argument and fight over, on what day
it should take place.

As Socrates would say ‘an unexamined life is not worth the living’, a maxim which obviously could be readily applied to most conservative politicians.