Ruh-roh, the Daily Mail is at it again. And other media tidbits of the day.

Daily Mail snapper provokes “African gang flare-up”. Victoria Police say Daily Mail Australia provoked the “gang flare-up” which it published as an exclusive story, Guardian Australia reports. In the story, the Mail ran pictures of police arresting some teenagers after what it said was the “latest flare up involving African teens”, including that abuse had been directed at the Mail‘s photographer and journalist. But what they didn’t report was that the scuffle only broke out after the photographer provoked the young people, who were hanging out at a shopping centre. As per the Guardian‘s report:

Two days after the article was published, the Victoria police executive director of media and corporate communications, Merita Tabain, wrote a confidential email to the editors of Melbourne’s main media outlets expressing concern that aggressive behaviour by journalists might “exacerbate the current tensions”. She gave the incident at the Tarneit Central shopping centre as an example. 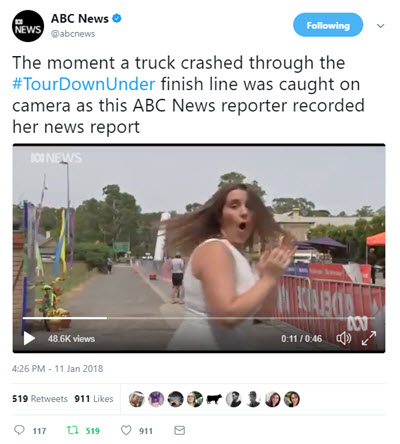 Peak Guardian. The article chiding Gwyneth “Goop” Paltrow for her caffeine enema enthusiasm was widely held to be the week’s peak Guardian, but the real winner was the review of Germaine Greer’s appearance at the Sydney Opera House. Reviewer Alexandra Spring did the usual three-point dance round Greer: celebrating her towering iconic and historical role while squirming at her “embodied” position on sex-gender — that trans women aren’t women per se — and then complaining that she didn’t offer much challenge, ideas-wise. The third point is contradicted by the second, and connects to the first; what Greer challenges is the progressivist feminist principle that being a woman is a purely textual/symbolic act, and anyone who says they are one, is one.

Those who want to hold that position and honour Greer, squirm they must, because the “embodied” position is, as Greer herself has maintained, at the core of the second-wave feminism she and others inaugurated. It’s a particular area, of a wider notion of human liberation, that relies on the idea of an embodied human being who liberates themselves in terms of their given embodiment — born as woman/black/disabled, etc — and the oppression they are subjected to in that body. Ditch that for a “floating” concept of gender, and you’re just a liberal, spruiking identity consumerism.

Instead of squirming and waiting for the next good bit, why not take Greer’s challenge seriously and examine the absurdity of a society so patriarchal that those born male eventually take over the job of being women, as women start to acquire real cultural power? Or, alternatively, acknowledge that there is little link between today’s progressivist feminism, and the earlier, great social revolution, which now defines much of Greer’s appeal? — Guy Rundle

Alex Jones being ‘not violent’. Right-wing conspiracy theorist Alex Jones and founder of InfoWars (and Donald Trump influencer) has said he’s not a violent person, but this terrifying compilation by website Media Matters for America suggests otherwise. 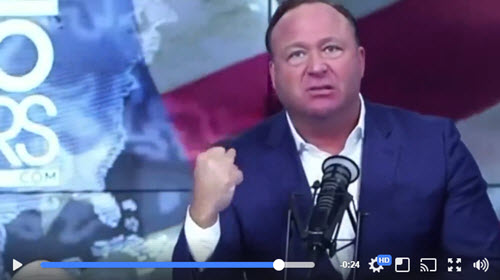 ‘I made the shitty media men list’. The woman who started the notorious “shitty media men” spreadsheet in the US has outed herself following speculation that her identity was to be revealed in a Harper‘s magazine feature. Moira Donegan revealed her identity yesterday in an essay for New York Magazine‘s The Cut. The spreadsheet was live for only a few hours in October last year, and Donegan says she was naive in thinking it would be kept private, as a resource for women to warn other women about shitty men in the media: 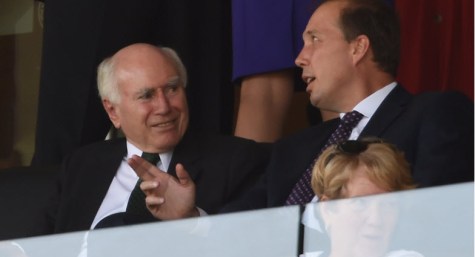