Breitbart executive chairman Steve Bannon has left the organisation amid a row over comments he allegedly made were reported in Michael Wolff's new book about Donald Trump.

Bannon leaves Breitbart. Steve Bannon has stepped down from Breitbart News, where he was executive chairman, the company has announced. Bannon was forced out amid the furore over comments he allegedly made about US President Donald Trump’s mental fitness that were published in Fire and Fury, a book by Michael Wolff. The New York Times reports Bannon’s departure was forced by Rebekah Mercer, a one-time financial patron. Bannon had worked with the Trump election campaign, and then as chief strategist in the administration, before he was sacked. In a statement published on Breitbart, the company said it would work with Bannon on a “smooth transition”. More on Fire and Fury’s grand claims here.

Seeing double. The big story in Melbourne today is ex-AFL star Mark “Bomber” Thompson getting caught up in drug investigation, allegedly involving bikies. Headline writers at The Age and the Herald Sun seem to be singing from the same songsheet. 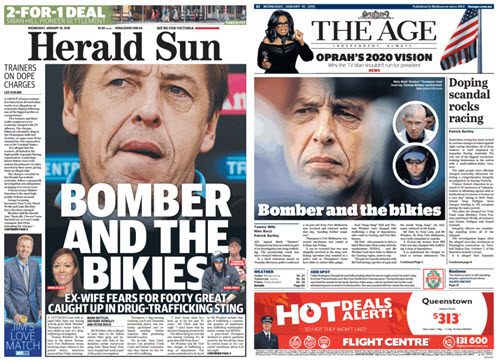 Will she or won’t she? But in New York, the two tabloid newspapers couldn’t have been further apart with their coverage of the chatter over Oprah running for president. 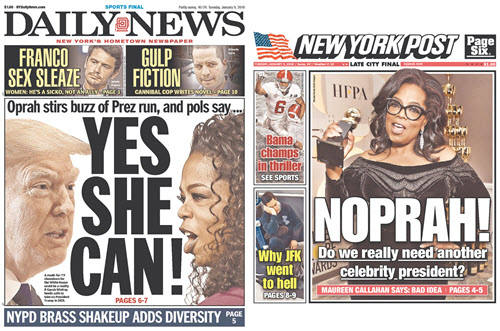 Reporting for the BBC about the BBC. The UK media story of the week has been that of a BBC editor quitting her role over what she said was a significant pay gap between women and men in the same role. Carrie Gracie published an open letter criticising the “secretive and illegal pay culture” at the public broadcaster, explaining why she was quitting the China editor role to return to the UK newsroom. The story has been widely reported in the UK, including by the BBC, producing some dizzying moments for viewers. 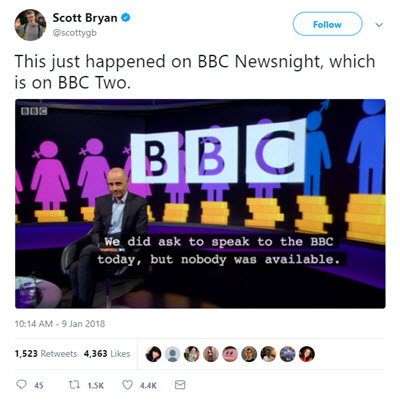 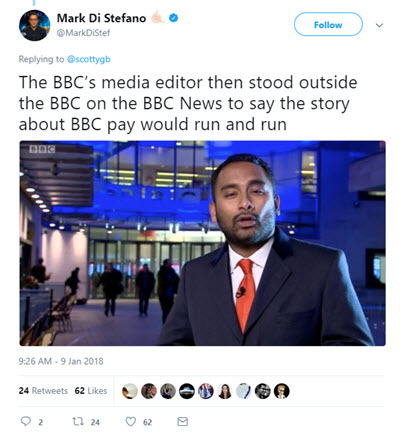 And in the BBC’s commitment to fairness, it banned any news staff who had tweeted support for Gracie (which was many) from reporting on the story, or presenting segments about BBC pay.

When the BBC radio women found out their disparities and almost went on strike late last year one would have thought that the Beeb had learned its lesson.
Bourbons are only good for dunking in (free trade) coffee.