The gospel according to Donald Trump

Guy Rundle imagines how the Bible might've appeared had it been partly written by Donald Trump.

Jesus is brought before Donald Trump …

18:33 So it was like the festival of something or other, who knows, and it was a pretty good festival. It was a beautiful festival. We have the best festivals. It was at the Mar-a-lago Jerusalem, with the beautiful marble inlay and the chandeliers, really very, very beautiful, we built it on the site of that old temple, boy what dreck that was.

34 So anyway, I’m getting ready for the festival and practising my swing and the crowd outside is huge, they never tell you how huge the crowds are, Josephus and all those guys, fakus newsus, that’s Latin, we have good words, we have the best words. And they bring in this dude.

35 He’s like one of the protesters at all the festivals, our beautiful festivals. He’s like some goddam hippie, like some kid who sits on his bed all day and hacks emails, and “who is this bad hombre?” I say, and they say “he’s a man of peace, who wanders without possessions, preaching love between all people”.
Which is disgusting. It’s sickening actually.

36 “Some sort of radical,” I said to the uh, the uh, soldier dude with the brush on his head, “boy I liked it when we could just beat em up.” “Well, uh, we can,” he said. “We’re Romans. We can nail him to a plank, tie him behind wild horses, feed him to otters that’s a good one, cheesegrate his scrot-” “That’s great,” I said, “throw him to the floor.” It was a hard floor. We have the best floors.

38 “This true, Haysus?” I said. “My kingdom is not of this world,” said this bum. “I live under my father’s loving grace. His house has many mansions.” “Yeah, real estate. My father built condos and kept the schwartzes out. Like that?” “Not exactly.” “OK well there’s no pleasing some people, that’s the truth.” “I mean, what is truth?” “Truth-” said Haysus. “Shhhhh, I’m talking,” I went on, because I have the best talking, really excellent they say. “Is it a chain of emails linking my hugely indebted empire to the Russian banks who are my creditors, and beyond them to the Kremlin, whose associates own the banks, and to promises on foreign policy in exchange for Intel on the Democrats? Or is it that crooked Hillary is running a paedo ring out of a DC joint, to pay whoever’s blackmailing her about the murder of JonBenet Ramsey? You won’t hear any of that in the fakus newsus.”

39 “Jeezis, it’s 2 o’clock,” I said. “I gotta be on the back nine.” “Sir,” metal hat guy said, “what shall I do with this man, who preaches peace and love?” ‘Oh, yeah throw him to the otters’. “And who will you pardon?” “Myself,” I said, “in about July 2019.” They took him away, the love talking dude. I put my red hat on and went out. The trumpets sounded. Trumpets. They’re named after me. There actually were no trumpets before me. 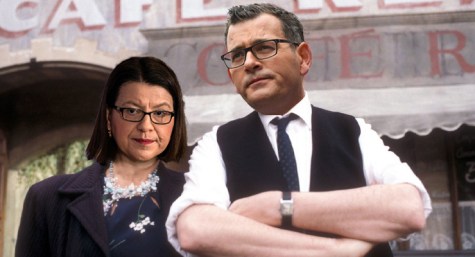 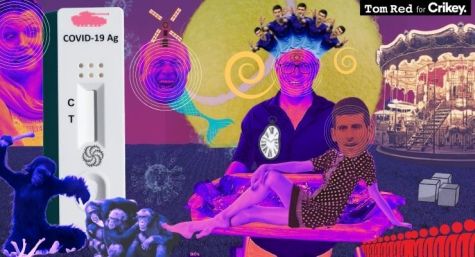 I don’t carry a tune, mate: a classic song remixed in the key of ScoMo 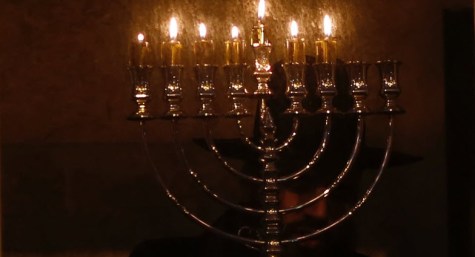 Rundle: the miracle of ‘Hannahkah’

“Water into wine? That’s nuthin’. I know a couple of Russian chicks, can turn tricks like water into urine. I’ve watched ’em do it!”

Lovely. Are you by any chance the US(less) President’s script writer? Sounds awfully familiar.

The Gospel according to grundle scares the bejazus outa me

… for being spot on.

I have a vewy gweat fwiend in Moscow called Putin

“Can he turn Moscow Hilton piss into wine? I’ll drink to that”