None of the Coalition’s same sex marriage proponents were promoted.

Malcolm Turnbull has shifted his new look Cabinet to the right with the elevation of Immigration Minister Peter Dutton to a new super Home Affairs portfolio, and an expanded role for controversial Senator Michaelia Cash as Minister for Jobs and Innovation..

Dumped from the Cabinet and the Ministry altogether is Victorian MP and Infrastructure Minister Darren Chester. This is a retaliation by Deputy Prime Minister Barnaby Joyce for Chester’s support of Senator Bridget Mackenzie for deputy leader of the National Party.

Northern Australia Minister Matt Canavan for the job. Joyce himself will take over Chester’s infrastructure responsibilities.

The Chester dumping would seem to be a petty reaction to the National’s leadership ballot following previous deputy leader Fiona Nash being ruled ineligible under the Section 44 of the Constitution citizenship qualifications.

Senator Cash’s additional responsibilities to include innovation is a surprise given recent controversy over her repeated misleading of a Senate committee over whether her office had tipped off the media about a raid on the offices of the Australian Workers’ Union in Sydney and Melbourne.

A cloud still hangs over her head on this issue with an Australian Federal Police inquiry under way into how this information entered the public domain.

As expected Attorney General Senator George Brandis is to move to London as High Commissioner in place of Alexander Downer. Brandis will be replaced as Attorney General by Social Services Minister Christian Porter.

Porter’s place will be taken by Veterans Affairs Minister Dan Tehan who will enter the Cabinet along with Bridget McKenzie who will become Minister for Sport, Rural Health and Regional Communications.

Senator Mathias Cormann, the Finance Minister, will replace Senator Brandis as Leader of the Government in the Senate. He takes over the role of Special Minister of State from Senator Scott Ryan who has become president of the Senate.

Nationals leader Joyce successfully pushed for greater Queensland representation in the Ministry with the elevation of two Queenslanders.

Other ministerial changes include a promotion for conservative Angus Taylor from an assistant minister to Minister for Law Enforcement and Cyber Security. Victorian Liberal Kelly O’Dwyer will take over responsibility for Women from Senator Cash.

Turnbull will be hoping his new cabinet and ministerial team will enable a re-set entering a new political year, but changes will not be welcomed by all.

None of the Coalition’s principal actors behind the same sex marriage push were promoted. 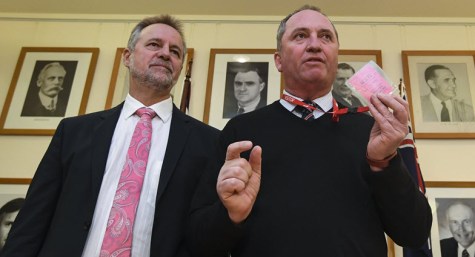 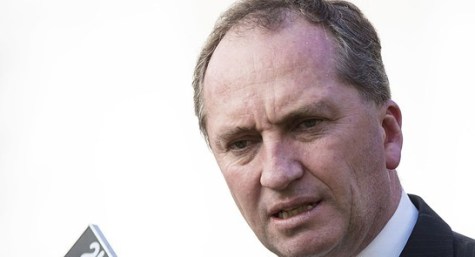 Rampaging s.44 drags another victim under — and it’s a big one

Yes, you would think a cabinet refresh might have further sparked the supposed MSM “re-energisation” of his leadership.Instead there were spiteful party paybacks, and of course no acknowledgement for the real committed drivers of the SSM legislation.
Because he was too busy the next day out there trying to claim credit for the legislation himself!
Is he any less a fatuous phony than Trump?

That’s Obergruppenführer Dutton to you.

A word about Barnaby Joyce. I would hope that by now, the myth that he is some sort of political genius is at an end. I can recall all federal Country/National Party leaders since (the very capable) John McEwen, and in each case, with rare exceptions, a previous leader who looked dumb and useless suddenly seemed less so as we came to know his successor. On this basis, Warren Truss should be applying for membership of Mensa.

Wallywonga
Reply to  The Curmudgeon

Hear hear! Sadly that ugly larrikin charm he employs keeps conning a lot of people, including a lot of very decent country folk. But they apparently also make a lot of Trump’s power base don’t they? Naive, cockeyed optimists, what is it?

So Reichstuber Dutton and Baarnaby Beetrooter retain their grip on one of Trumble’s testicles each. Gina the Hutt and Rupert the Jerry-(Hall)-atric must be quite satisfied.

You are making the massive presumption that he has now, or ever, had any.