The world is changing the rules on gay men giving blood. Will Australia follow?

An outdated restriction on gay blood donors is being substantially relaxed in the UK, with calls for reform that could open up a badly needed pool of new donors.

This year’s nationwide blood shortages, particularly with regards to O-type blood, have left many gay Australian men still questioning their ineligibility to donate.

Activists and lobby groups are seeking change to the clause stating “men who have sex with men are not eligible to donate blood for 12 months since their last sexual contact with a man” in the Australian Red Cross Blood Service’s current eligibility criteria.

The service remains adamant that this is purely a judgement of risk rather than seclusion. “The latest information from the Kirby Institute (University of NSW) states that HIV continues to be transmitted primarily through sexual contact between men.” This quote, present on the deferrals page, is taken from the Kirby Institute’s 2014 Annual Surveillance Report.

Australia is one of 23 countries, including Sweden and the United States, which have a 12-month deferral policy.

But according to CEO of The Australian Federation of AIDS Organisations (AFAO), Darryl O’Donnell, the 12-month deferral period for men who have sex with men is inconsistent with expert evidence. “The current HIV blood donation policy is not based on the latest evidence and is needlessly excluding too many people from blood donation.”

In July, it was announced that the deferral time in the UK would be reduced from 12 months to three, after scientists found that three months was a more than satisfactory time for viruses and infections to be picked up in blood following a sexual encounter.

In fact, according to the San Francisco AIDS Foundation, “98% of people will have enough antibodies to test positive” to a rapid HIV test three months after infection.

The problem with the existing Australian model, O’Donnell continues, is that it excludes a large group of people who could donate, suggesting that further investigation should be conducted in order to ensure that current protocols align with updated research results.

“We need a sensible approach that ensures the safety of the blood supply,” he says, “with the largest possible pool of donors.”
Many have also expressed concern about the fact that while a gay man in a long-term, monogamous relationship cannot donate blood, a straight, single man, having unprotected sex with as many partners as possible can.

According to Dale Park, co-convenor of the Victorian Gay and Lesbian Rights Lobby (VGLRL), “It is important to understand the social environment when the original policies on blood donation were created, which undoubtedly were influenced by homophobia and fear of HIV.”

“These attitudes contributed to people living with HIV being stigmatised and discriminated against.

He continues: “[VGLRL] believes that the policy on blood donation needs to be based on a fair and equal system that reflects advances in testing procedures, better understanding of HIV and [a system that] looks at risky and protective behaviour on the whole as opposed to generalising that all men who have sex with men are risky and dangerous to the blood supply.”

According to Park, we need to be using the most effective detection techniques. “Nucleic acid testing shortens the window period for detection, improving the process and making the blood supply safer. There are other approaches, such as individualised risk assessments, which could add further safeguards and ensure the policy is fair and equitable.”

Similar to the AFAO, the Rights Lobby is hoping Australia will seek to follow UK’s steps in reducing deferral time. “A similar review in Australia would be appropriate so that our policies can be updated and reflect changes in medical testing, a better understanding of HIV and are in line with the equitable standards that society expects.”

The Australian Red Cross Blood Service did not respond to several requests for comment. 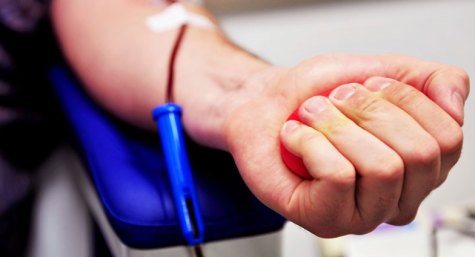 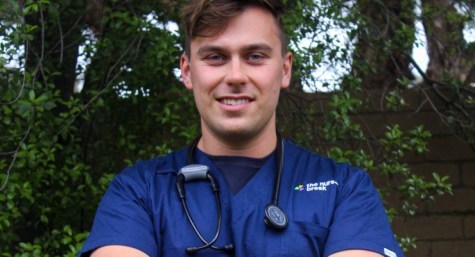 Until 1990 I was a very regular blood donor. At new year 1991 I visited the UK. BSE had been a problem but seemed to be under control by then. Nevertheless I was not able to donate blood after that visit. And now I am too old.

I was an injecting drug user for a while, but have been a good Vegemite for nearly 20 years. I never shared needles, was scrupulous about hygiene, and have been tested numerous times for blood borne viruses. I have none.

Unfortunately, the Red Cross’ rules around blood donation are even sillier for ex-drug users than they are for men who have sex with men. Given the stigma attached to injecting drug use, I doubt there will be any push to change their position any time soon.

I agree that the blood donation constraints for gay men are not reasonable but at least they have some scientific basis in that HIV is transmitted through blood. On the other hand, the exclusion of those of us who resided in the UK for a few months is not based on any evidence. I know a number of people who are not permitted to give blood on this basis including one who left the UK for Australia as a one-year old who had never eaten meat. I have two children (born after my husband and I spent a year in the UK) who are regular blood donors, but their parents are prohibited from donating – presumably the assumption is that “mad cow” can’t cross the placenta. If the Australian blood donation authorities are correct in excluding us, I am surprised that mad cow disease is not rampant among blood recipients in the UK, given that many UK blood donors would not meet the Australian requirements.

Yep. I am a vegetarian who grew up in the UK and cannot donate in Australia.
It’s crazy stuff when there is a shortage of blood. In the UK I was a regular donor for years. Haven’t donated since emigrating here 30 years ago. Obviously the UK solved the problem as otherwise they’d have no donors at all, so why not Oz?