Canadian parliament, the most ethnically diverse in its history, has many lessons for how Australia can have a truly representative democracy.

If the 2016 census is anything to go by, Australia is becoming increasingly more diverse in its cultural make up. Parliament is slowly playing catch up, with more Indigenous parliamentary members than ever and a few more politicians with non-anglo heritage in its ranks.

It begs the question: what if Australia’s parliament accurately reflected its level of cultural diversity? Would it necessarily make for better governance?

Dr Clayton Chin, a political scientist at the University of Melbourne says having members from ethnically diverse communities, as well as communities with a history of oppression  represented in parliament “has a really strong symbolic value for a nation.”

“To see members of a community, especially a community that have been historically disadvantaged as active decision makers representing their values and their identity in the national context, that has a lot of value in my opinion.”

Language spoken at home in the 2016 Census data

Dr Ghassan Hage, also a political scientist at the University of Melbourne, agrees.

“The answer to this is no different from the answer to a question regarding a parliament reflecting better the gender or sexual diversity of Australia,” he says

“So on one hand yes, of course it is better to have in parliament people who can speak to the experience of immigrants and refugees and for the Australian parliament to be less white than it is.”

But as to whether it’s realistic to designate seats for particular ethnic minority groups, Dr Hage is sceptical.

“I don’t think it is. Australia is not structured around ethnicity.” he says.

“I’d be happier with the notion of a seat representing people who have been here for less than ten years for instance, than a seat for Italians or Lebanese. I think this would be a bad aspiration.”

Dr Chin adds that it would create a series of contentious hurdles which would require constant re-evaluation.

“It’s a very contentious goal because it requires a lot of gerrymandering,” he says.

“It requires a lot of investigation into whether you start drawing lines around seats in a way that makes ethnic groups majorities in those areas.”

Such structural changes have the potential to create hostility from those who stand to lose their seats and communities who find themselves going from majority to minority status. This would be true of the Australian majority population or ethnic minorities.

Such an  approach also fails to take into account the transient status of Australia’s ethnic minority groups over time.

“We’ve had a variety of waves of migration in Australia from different parts of the world, and as a result the dominant immigrant group in the 1970s and 80s aren’t part of the dominant flow of migrants now,” says Dr Chin.

“Safe seats would create problems because a couple of decades later there might be a strong argument to say that a particular community doesn’t deserve X number of seats because they’re no longer such a large proportion of the ethnic minority population of Australia.”

Dr Hage also says  “Australia is not structured around ethnicity” and would rather see safety models designated for Indigenous communities.

“That has been and remains a structuring principle of Australian society and it is a divide that will not go away,” he says.

Even if safety models aren’t a realistic avenue to greater representation of Australia’s ethnic minorities in parliament, Dr Chin says it’s still “very possible” to create a parliament that can do so successfully.

“You can do that by just raising the public and political profile of communities, offering them support and offering them a representation that [shows] they are part of Australian society. 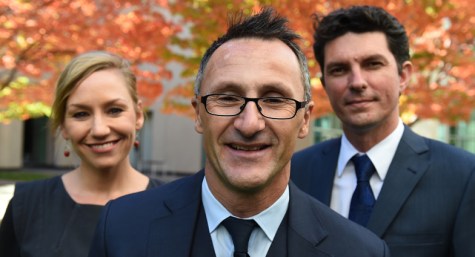 So this is how we define diversity is it? By race? What an abhorrent notion!
To suggest that a member of a particular racial group is an examplar of the constituent elements of that group is inherently racist.
Australia’s population is 5% Chinese, so therefore if Parliament (and every strata of every other societal institution) is not 5% Chinese, it must be fundamentally corrupt!

What, precisely, is the “value” Chin sees in having representatives of “historical disadvantage.” And how, EXACTLY, is “historical disadvantage” defined? Are we to assume that all Asians have the same opinions on all issues? How about African Americans? And given that our Parliamentary representatives are elected by an evenly distributed numerical body of constituents, are we to segregate the different races geographically?
Let’s have it your way, and dispense with intelligence, experience, reputation, aptitude, or any of the other qualities valued within the hierarchies of competence upon which Western civilisation is founded.

Repeat after me, racist benefits-of-“diversity” ideologues: There is more difference within groups than there is between groups!

Interesting language group, Indo-Aryan (Fazir??). Reminds me of a peak-wanker poster from the 80s advertising some grant gobbling community scam which had a poster offering shamvise “… in 15 non-English languages”. duhhh

1. “Language spoken at home in the 2016 Census data” shows the most common first language in Australia is Chinese (languages). And nobody speaks English! Gosh!
2. Indigenous representation. Why is there no discussion of or comparison with New Zealand?
This is an unimpressive piece of journalism.

Some of the reasons that Parliament doesn’t represent the current ethnic make-up of the nation might be about the background knowledge, contacts etc that are necessary to get elected – things which are hard to achieve within a few years of arrival.