ABC’s new political editor. Andrew Probyn has been appointed political editor at the ABC, less than a year after he moved to the public broadcaster from The West Australian. Probyn had been a regular on the Insiders panel, and has been acting in the role since his predecessor Chris Uhlmann moved across to Nine, stepping into Laurie Oakes’ shoes.

First local robot-produced news stories published. The first news stories produced by robots for the UK’s Press Association wire service have been published in newspapers and on news websites. Using a grant from Google, the Press Association has been working on a project that will produce automated and localised stories from databases, and they say 20 stories they’ve produced have already been published. It’s believed they’re the first automated local news stories published in established news brands. They’re planning to produce 30,000 stories a month.

It is going to take our community a long time to rebuild the trust and confidence we had with the Australian public. Given the barriers we already face within Australian institutions and society and the ever increasing complicated relationship with China, the reputation and role of Chinese-Australians have just become even harder, all thanks to Dastyari and Huang.

‘Harvey Weinstein is my monster too.’ Actress Salma Hayek has written for The New York Times about her experience with her “monster”, disgraced film producer Harvey Weinstein.

I had brainwashed myself into thinking that it was over and that I had survived; I hid from the responsibility to speak out with the excuse that enough people were already involved in shining a light on my monster. I didn’t consider my voice important, nor did I think it would make a difference.

New Press Council chair announced. The Australian Press Council has appointed its new chair — a position left vacant since June when Professor David Weisbrot stepped down after a campaign in The Australian over the appointment of a GetUp deputy chair to the board. Neville Stevens is a retired public servant who has chaired a number of public and private organisations, and will take up the role at the council from January 22.

Weisbrot said when he left the council it was down to “persistent personal attacks” over the appointment of deputy chair Carla McGrath. The Australian had been campaigning for McGrath to step down, or to be removed, as a board member because of her other role at the political activist organisation, over about three weeks when Weisbrot announced his resignation.

These messages, and other documents shared with BuzzFeed News, reveal a strategy to conduct a sustained, three-pronged war against Twitter. It included a deluge of negative coverage about Twitter on Breitbart, explorations of potential litigation against the San Francisco company, and nascent plans to sabotage Twitter’s volatile stock with financial institutions and traders. 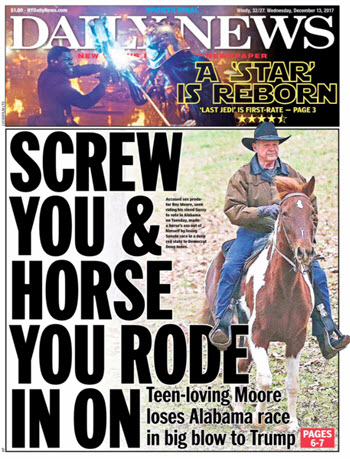 Glenn Dyer’s TV Ratings. Another high combined share for the digital channels tells us how dire main channel viewing was last night — 33.6%. Nothing stood out on the main channels. News and current affairs programs ruled. The rest were tired offerings, repeats and also-rans. Cram on Ten had just 378,000 national viewers. The 6.30 pm part of The Project had more viewers — 432,000 and the 7pm part had 632,000 — then Ten lost 254,000 viewers. That says it all about Cram.

Probyn is one of the few bright lights at the ABC, I hope he has the courage to call out bullshit clear and loud when he sees it.

Probyn is a right-wing lackey of our appalling federal government…he will fit in very well at ‘their’ ABC. Couldn’t be bothered listening to ANYTHING he has to say.
Biased fake news anyone????

Probyn was funny 10 daze ago(?) – in a muck lather running down “Gallagher’s legitimacy” – before disclosing (with graphics) she’d submitted her (“all reasonable steps”) relevant paper-work weeks before the deadline?
Since then it’s been pretty quiet on that Gallagher front.

I had previously assumed that Probyn was just used on Insiders when Gerontius was off having his bile replaced.

You know how they could tell it was a filly that Roy Moore rode to vote ….?