Abetz's war on anti-Christmas ... Erik Jensen gets a flattering stand-in ... Labor and Libs start a land war in China ...

How Abetz saved Christmas. At the beginning of the month, Ms Tips made the rather cruel joke at the expense of Tasmanian Senator and world’s oldest 59-year-old Eric Abetz. A tipster has since gotten in touch to prove that Abetz does important, tireless work on behalf of his constituents. They have pointed us toward the questions on notice section of the most recent budget hearings Senate estimates, which shows Abetz has been grilling public servants on what really matters: just how are they wording their Christmas, New Year, Easter and/or (heaven forefend) Ramadan messages to staff?

Abetz has written to 19 different departments and agencies with a variation of the question, “Please provide the messages (if any) sent to staff (on the most recent occasions) of Christmas/New Year, Easter and Ramadan by the Secretary of the Department or Agency Heads at the relevant time”. So next time you find yourself thinking that Abetz and his ilk are nought but political flotsam, inexplicably still funded by public money, to loudly pursue hard conservative identity politics, which would have been fringe and fading 20 years ago, just remember: Abetz was committed enough to the issues facing Tasmania to spend time and energy making sure that the head of the Superannuation Complaints Tribunal wasn’t trying to pull some “Happy Holidays” bullshit in an all staff email.

Crowe back on his feet. Notwithstanding that former political correspondent at The Australian David Crowe, who wrapped up with the Oz on December 8, looks noticeably happier as a freelancer, we hear he may not be without a full-time gig for long. Fairfax will need someone to take over from chief political correspondent James Massola when he ducks over to Jakarta to be their south-east Asia correspondent, and we hear that Crowe is a front-runner. Know more? Let us know.

Jensen’s stand-in revealed. We spent a little time speculating about the movie adaptation of Saturday Paper editor Erik Jensen’s Acute Misfortune. In particular, whether a) Jensen would be a character, and b) if so, who’s playing him? We have finally answered those two. a) Yes b) It’s … well … not an unflattering choice of actor, shall we say. British-born Romper Stomper star and striking lad Toby Wallace is taking the role of the 19-year-old author attempting to profile troubled artist Adam Cullen. We wonder if Jensen had any hand in picking who’d play him? Anyway, here’s a photo Ms Tips found in a not-at-all creepy scroll of Wallace’s Instagram profile: 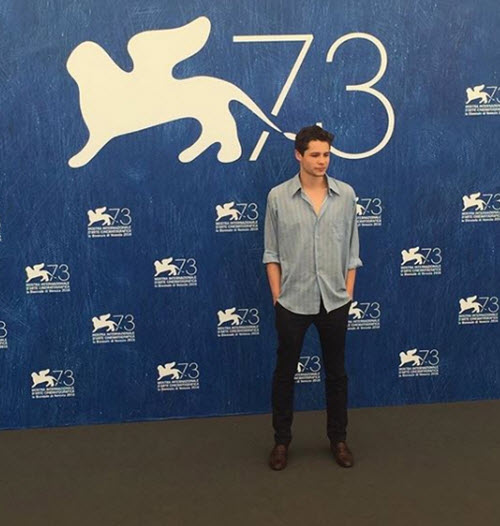 Hear no evil, Sino evil. The government has already made hay with the scandal that breached and eventually sunk Sam Dastyari’s career as a Senator. And now, Immigration Minister Peter Dutton has used the fact that Dastyari was accepting money from associates of the Chinese Communist Party to call the fallen Senator a “double-agent”. Labor have countered that this was just old-fashioned prejudice on the part of the government, with Opposition Leader Bill Shorten calling it “China-phobia” during a doorstop while campaigning for Kristina Keneally in the upcoming Bennelong byelection — a deflection we’re sure has nothing at all to do with Bennelong’s high Chinese population.

Yeah, and chopsticks made from eucalypt trees and you know the Chiko roll was the model for the dim sim? The man has cloth ears

Foot in Mouth disease again. Far be it for me to make excuses for ScoMo, who will probably not go down in history as a great Treasurer, but I wonder if he meant that Chinese New Year was unique *in* Australia, rather than unique *to* Australia. It is certainly the only non-Christian celebration widely publicised in Australia. Eid-ul-Fitr after Ramadan is known but not as widely publicised.

That would be “sank” the Bad Shit.. sorry, Ship Mini Mr Bean – the subject/nominative being the ‘scandal’, not ‘government’.

Erica Betz doesn’t want the egregious Americanism ‘Happy Holidays’ in cards??
Well, that does support my dear old Mum’s assertion that there is some good in everyone…

Woopwoop
Reply to  Interrobanging On

Hear hear. Christmas is widely celebrated in Japan, India, China etc. If those non-Christians don’t have a problem wishing someone “Merry Christmas”, why should we?

Peter Wileman
Reply to  Interrobanging On

Well, look, Erica has always got his finger on the pulse of what’s going on somewhere. Well not here in Tasmania, or even possibly in Australia,…. but at the back of someones wardrobe maybe, but Erica knows what’s going on. Scary isn’t it, we keep voting him in.