The prime minister of East Timor is refusing to allow parliament to reconvene because he will face a vote of no confidence. What next?

As East Timor went to elections this year, the country was the most peaceful and united it had been in its short history. The CNRT-Fretilin government of national inclusion had functioned well, it appeared that the ‘Generation of ‘75’ exemplified by Xanana Gusmao, was stepping back from politics and, with the initialing of an agreement with Australia on the Timor Sea, the future looked positive.

Gusmao elevated Fretilin member Rui Araujo to become prime minister and then supported Fretilin’s Francisco ‘Lu-Olo’ Guterres to be elected president. The widespread expectation was that, after the elections, Fretilin and CNRT would again form another government of national inclusion.

Within a few short months of that sense of wellbeing, East Timor is again on the brink of civil discord. Prime Minister Mari Alkatiri is refusing to allow parliament to sit as he claims that the opposition, led by Xanana Gusmao, is trying to stage a ‘coup’.

Prior to the elections, it was expected that, with a Fretilin President, Fretilin would be given the opportunity to form government if it achieved the largest number of votes. It did, by 0.2 per cent over CNRT, reflecting a substantial drop in support for CNRT. Both parties achieved just under 30 per cent of the vote, meaning that together they could form a majority government or would need to form alliances with minor parties to do so.

On the strength of a 0.2 per cent majority, Alkatiri claimed the prime ministership, breaking the understanding he had with Gusmao that this position would be handed to a younger politician. Indeed, given Gusmao’s support for Fretilin’s Araujo and Lu-Olo, CNRT might have expected a quid pro quo arrangement with one of its own nominated as PM. That did not occur.

Under East Timor’s constitution, the party that wins the most votes, even without a majority, can be asked to form government. As a result the president announced that Fretilin would form government and Alkatiri announced that he would be prime minister. Weeks of difficult negotiations followed, in which CNRT refused to join Fretilin under Alkatiri and —  after reaching agreement to form a coalition, the People’s Liberation Party (PLP) and a youth-based party, KHUNTO — chose to stay out. The Democratic Party, historically hostile towards Fretilin, finally agreed to join it in a minority government.

In response, CNRT, PLP and KHUNTO convened themselves as the Parliamentary Majority Alliance, holding 35 of the parliament’s 65 seats, and asked the president to appoint them as the government. But Fretilin had already been appointed, so AMP went into hard opposition, using its numbers to vote down the government program, including its budget.

The parliament is, however, still required to meet, at which time the AMP opposition was expected to put a motion of no confidence in the President of the Parliament (the Speaker) for failing to convene parliament. Prime Minister Alkatiri responded by saying that the AMP opposition is illegally constituted – although there’s nothing to suggest this is the case, that it is trying to stage a ‘coup’ and that parliament will therefore not reconvene.

Alkatiri’s use of the term ‘coup’ has further inflamed already heightened tensions. He had earlier said, in response to this showdown: ‘while some dance in parliament, we shall dance on the streets’, implying that parliamentary blockages would be met by street protests. The AMP opposition similarly accuses the government of being unconstitutional. Both sides of parliament, and their supporters, are now deeply — and seemingly irrevocably — entrenched.

The last time that Alkatiri used the term ‘coup’ was at the end of his first term as prime minister, which ended in widespread violence, destruction and the return to East Timor of international peace keepers. At best, now, parliament will at some point reconvene, if only to guarantee supply into the new year ahead of what will almost inevitably be fresh elections, probably in April.

The alternative is that parliament does not reconvene and there are no elections. This suggests that the matter will end with what Alkatiri euphemistically called ‘dancing in the streets’.

Damien Kingsbury is professor of international politics at Deakin University, and coordinator of the largest international election observer mission to East Timor’s 2017 elections. 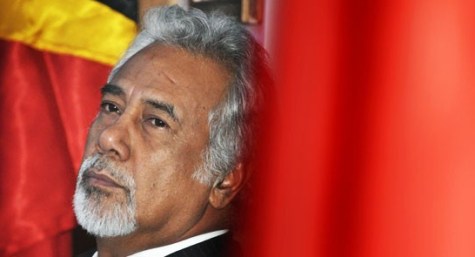 Is East Timor run by a ‘stable’ govt or conspiratorial oligarchy? 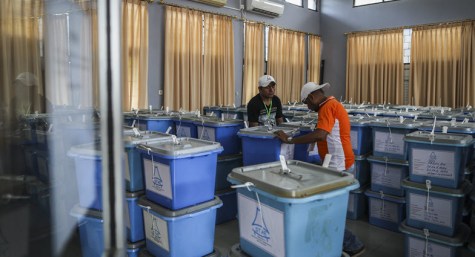 Which parties will form a governing coalition in East Timor? 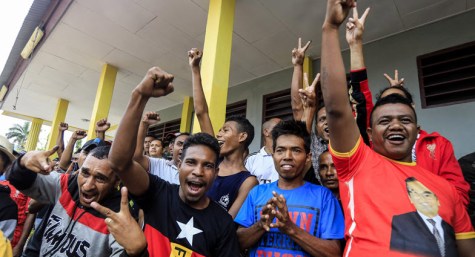