It's not every day that an innocuous political biography will endeavor to keep its author anonymous, even if it is just by accident.

Something isn’t quite right on the cover of John Edward’s new book, John Curtin’s War.

At the Lowy Institute on Monday, the first volume of a new biography was launched by former Prime Minister Paul Keating with a speech about Curtin, praising him for predicting the threat Japan posed before and during the Second World War, and called Robert Menzies a coward for failing to respond to the threat.

But it wasn’t until Edwards rose afterwards for his short address that the elephant in the room was mentioned.

“Thanks to Ben Ball of Penguin,” Edwards said. “I mean, what a splendid production … especially the cover. Completely uncluttered. Ben, the fact that my name is not the front is not … you can go to the back, it’s on the back. You can find it there if you look for it.”

Indeed, the printed edition of the book does not carry the author’s name at all on its front cover.  Pictured here is a copy of the book sent to Crikey offices. 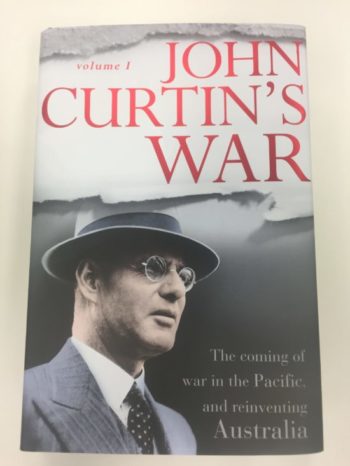 The omission has been rectified for online versions of the front cover, with Edwards’ name now appearing under the title of the book. 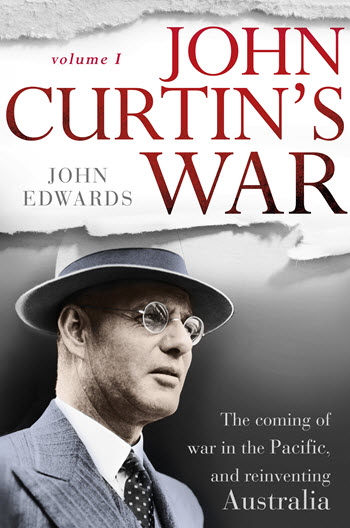 The book’s publisher, Penguin, did not respond to Crikey‘s request for comment on the reason for the omission.

Well, I’ve been involved with some doozy publisher mistakes with books. The index left out maybe the worst. Pales in comparison. My feelings go out to to you John Edwards.

The recent “Genius of Birds”(Jennifer Ackerman) had an extensive Notes section without textual numbering.
Are typesetters theses days literate humans or mechanical?

I guess in publishing these days the author is but a regrettable necessity in the creation of ‘product’ to sell into the channel and drive those revenue figures. Let’s see we’ve got marketing, sales, printing, distribution, rights management, the ‘movie of the book’ team and …. uh, someone else was involved … oh yeah, the author. Scruffy guy with a beard. He took a long time to finish writing the book, even after I sent him many emails drawing attention to the upcoming quarterly financials and the fact we all had to pull together as a team to get that revenue up for Q4 …

Emily, you galah the authors name is actually on the spine and if you bothered to open the book you will find his name inside.