Sam Dastyari's fate is a warning from Australia's intelligence agencies to the China Lobby: get too close to Beijing and you'll be exposed.

Australia’s intelligence agencies, with the encouragement and facilitation of the government, have sent a clear signal to the China lobby active in Australian public affairs: you and your connections to the Chinese regime are being monitored and you will publicly exposed if you embrace Beijing too closely.

The savaging of Labor’s Sam Dastyari, who was sacked from his Senate committee and deputy whip positions overnight by Bill Shorten, is serving as an exemplary punishment for any figures in politics who are close to mainland Chinese figures. And especially those tempted to take an overly Sinophilic approach to key issues of policy, as Dastyari did — and appeared to do quite deliberately, not as a kind of misspeaking accident he portrayed it as.

The fact that it’s a Labor figure suits the government, which is desperate for something, anything, to distract from its profound woes. But there is plenty of Chinese influence within the Liberal Party, too. Long gone are the days when Labor had a monopoly on cultivating six-figure Chinese donors. The ferocity of the government’s attack on Dastyari might end up backfiring when the next Liberal is exposed for similarly close links to Beijing-connected figures. And remember, Labor tried to ban foreign donations in 2009 but was blocked by the Coalition.

But the broader point is that Australia’s intelligence establishment, with the blessing of the government, is determined to counter Beijing’s growing influence and the normalisation of its efforts to interfere in Australian politics and public debate by silencing criticism of it. Whether via Australian and Chinese-Australian business figures, prominent academics, former politicians or Chinese-Australian community groups, the China lobby has worked diligently to push Beijing’s line, especially on the South China Sea and Australia’s alliance with the United States.

Part of this normalisation process is to obscure the astonishing brutality of the Beijing regime, the near complete absence of the rule of law, its execution of thousands of people a year for a wide variety of violent and non-violent crimes, as well as its systematic oppression of minorities and the people of occupied countries and its relentless commercial espionage against other countries. One cannot be “friends” with such a regime; even from a point of view of pure self-interest, it cannot be trusted to behave in any way other than strictly in accordance with the interests of the regime and the ruling Communist Party, rather than the interests of the Chinese nation.

With Dastyari’s head now on a pike, the agencies charged with curbing China’s malign influence within Australia will be hoping other members of the China lobby heed the message. 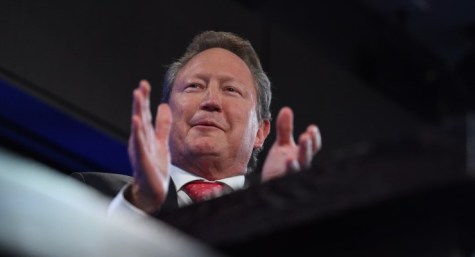 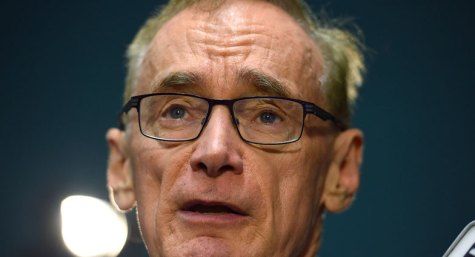 Thanks Bernard, that’s a useful summary. It’s been interesting to watch the medial pile on with this one. The timing ever so useful for the LNP and not much analysis of why now and who’s leaking.

The problem is that the Libs desperately need Chinese money and votes to win in the Bennelong by-election. John Alexander got $80,000 via Sam’s CCP-linked donor, too.

I tend to think it’ll all settle down after Barnaby is returned today until after Bennelong. This was the government showing the Opposition its intentions by throwing the dead cat on the table. They’ve got their Dastardly Sam, Bill Shorten has been forced into moving because he’s sensitive to the fact that he is the leader of a party that is much more popular than he is. The government will want to look all governmenty until Bennelong’s votes are counted.

So where was all this concern when Robb, Abbott and Blunderby were flogging off Darwin and the right to decide who works here? Nopt to mention when the Chinese started buying our infrastructure.

How he can remain in parliament is a mystery given that he warned his companion in so many words to be careful as ASIO could be monitoring them. This displays a foreknowledge from Dastyari that he knew that what he was doing was sailing very close to the wind. In other words, the appearance is given that his interest’s transcended the country’s interest and as such, he has displayed a total lack of commitment to Australia and thus should not be in parliament.

I’d love to see Dastyari make way for someone more deserving – he’s long been a bunger looking for a light.
But how’d that conversation come to light?
Was he briefed by ‘ASIO’?
And as if Huang never suspected he was being “monitored” – given his “connections”?

I agree Klewso. I have friends who visit China regularly and are watched closely by both ASIO and the Chinese. It does not need a rocket scientist to work out that authorities in both countries do what they do. I doubt that Huang is so naive as to think otherwise.

Dastyari is just one morish loose petard and Turnbull needs a distraction, while just 40 grand (to the Qld LNP) will get you dinner and a show with Malfoy? But that doesn’t count in a game like this?
….. Then there were those thousands of dollars worth of watches for Robert, Abbott and their wives and Macfarlane?
And where’s Andrew Robb these daze – after stitching up that “great trade deal” with China?

Where’s Andrew Robb? According to the SMH, he is reportedly topping up his paltry parliamentary pension with an $800K per annum sinecure with some Chinese company. Thirty pieces of silver.

Thanks to the “Julie Bishop Glorious Foundation” Lady Penelope can show up at a kid’s birthday party?