A recent change to 68 supermarkets has been reported in a way that eclipses the need for broad structural changes, writes Helen Razer.

Back in August this year, a not-for-profit teamed up with a big brand to achieve a social good. This is not uncommon. Ours is a present where the finance sector endorses same-sex marriage, a weapons manufacturer supports a People’s Climate March and the obscenely rich guy that runs Amazon sought to “expand English learning opportunities worldwide”. These are partnerships that aim for what some might call inclusive ends.

When the organisation Aspect announced a scheme called “Quiet Hour” in partnership with Coles Supermarkets, media interest was largely niche. But, this week, the program, which seeks to reduce the intensity of light and sound that may trouble some with autism spectrum disorder (ASD), has received wide attention. Now that 68 Coles stores have agreed to dim lights and muffle Coles Radio for an hour on Tuesday mornings, at least 68 media outlets celebrated.

Nine called this moment a “huge relief”. Pedestrian TV, in which Nine holds a majority stake, said that this segregated hour was “inclusive”. The Herald Sun headed its take with “How a supermarket can change a life”, and it has been generally agreed that this will make shopping easier.

There is no doubt that some who experience atypical sensory responses, or those who assist them, will find this hour useful. Parents of neuroatypical children have been quoted in press or interviewed on TV in past days, and they are grateful for the move.

The time-out for some is welcome. But media need not welcome the claims of a press release that made this convenience case. Press did not report, as Aspect itself advises, that an early program of intervention is universally recommended for ASD. This means patiently skilling little kids up through careful exposure to challenges, like shopping. If reporters are concerned for the social inclusion of neuroatypical people, then they might want to ask more questions.

One of those might be, as suggested to me by a neuroatypical pal, “What about the people with sensory disorders who have to work in the joint?” Another might be, as posed by Nicole Rogerson, a prominent local spokesperson on ASD, “Why must we focus on good small initiatives, not the large structural changes needed to permit full participation in life?”

Another might be, “could a program of segregation like this be, in the long-term, inimical to people with ASD?”. This is a question I have posed by email to Aspect, and I look forward to their response.

Aspect is a not-for-profit largely in the business of providing services to ASD people, so it is entirely pardonable that they have been slow to manage what fast became a big story. One that Rogerson, CEO of Autism Awareness, a group that has no association with Aspect, was asked by outlets to comment upon. Few of her answers, which were not as enthusiastic as press had hoped, were reported.

I must disclose that I know Rogerson personally, and barfed into a decorative vase while attending her wedding in 1994. Given her role in local discussion of ASD, and long history of work for both ASD treatment and advocacy organisations, my request for her comment is not inappropriate. (We cannot say this of my behaviour at the time of her vows.)

“It must be that every person with a disability can live a life that is as independent and full as possible,” she said. “And in the case of a child with ASD, this would mean helping them develop the skills they need to manage the challenges of a supermarket. Helping them feel secure that this place can be navigated, if needed, at any time.”

“I appreciate the ‘Quiet Hour’ draws attention to the problems some of our kids have, that it might provide a break for some parents. But it ultimately excludes, and is no answer to the question: will my kid be independent, even feel included, when I’m gone?”

I recall the words of a school friend, with whom I had not spoken in years. Facebook brought us to a cafe, where I learned she had two neuroatypical sons. “I want to die knowing that my beautiful boys can buy milk when they need it.”

This change to 68 supermarkets has been reported in a way that eclipses the need for those broad structural changes. Those that will permit parents to die in peace, and their adult children to buy groceries. 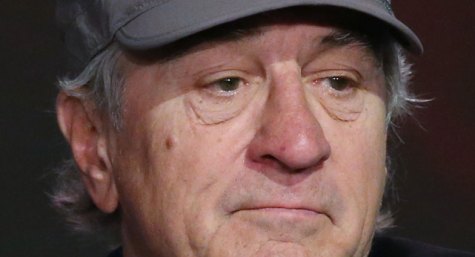 Unfortunately, Coles has not cited my local supermarket among the lucky 68. But Aldi doesn’t play ‘music’ & the public address announcements are minimal so I shall continue to contribute to their coffers.

The question must be asked about retail in general: why persist with meaningless noise in their outlets? I know older people who avoid the shops with ‘doof doof’ throbbing. Commercial radio is insufferable, being subjected to advertisements at top volume is way too common in retail venues – or at the hairdresser, waiting rooms etc. My dentist has commercial radio playing in the background while I am trapped in her surgery chair, when I asked her to turn it off she replied it keeps the surgery staff happy. WTF?! And who suggested to GPs that patients need TVs in waiting rooms…often, inexplicably, with the volume completely muted, what is this insanity? A flashing screen providing…exactly what?

The NAB in Queen Street, Brisbane, has the soundless TV in the main banking chamber – why? I was in a Bendigo Bank once where the radio was blaring an ad for a competitor bank.

Imagine how abhorrent this omnipresent onslaught of sound is for those with significant autism.

Zut. I can’t remember the details, but I once wrote on ASD, or perhaps sensory overload while shopping, elsewhere. Several people mentioned that stores with minimal distraction, such as the one you mentioned, were those they favoured.
I think this is true not just for people with sensory disorders, but so many of us, as has been mentioned here in the comments. Me? I shop online. My non-correctable eyesight is so poor, I can’t read the jolly labels IRL. I can pinch and expand online.
Anyhoo. Expecting big business to do anything nice that is not also in their interest is just deluded. No business sacrifices profit willingly. If they did, they wouldn’t stay in business long.

Yes, the staff want it that way. It deadens their awareness of the place, the wares, fellow staff and customers.

Dont ask ’em if they would mind turning it down a little. What seems quiet to a noise-deadened ear is still Far Too Loud. Ask them to turn it off. Pronounce it clearly, “Off”. They will cheat on the request, but your need is made known.

Good article. But I wanted a hyperlink to the decorative vase incident.

Photo or it didn’t happen.

Dunc. Why should I lie about such ignominy?!
Also. The moment predates phone cameras.

My apologies. This regrettable incident occurred in time before widespread internet use.
The well known comedian Mikey Robins would verify, however. Don’t bother Ms Rogerson, though! She’s too busy advocating for ASD kids!

I’m with Zut – we all suffer from this sensory overload in the public space.
Almost as if it is deliberate, to stop us being able to think cogently enough to see that we are being royally screwed sideways.
How must a checkout operator feel when they go home and that ear piercing beep is still ringing in their ears?

Buy your milk as you need it, no prob’s. But your’e going to have to walk past an almost unimaginable array of items that are totally unnecessary. Then we’ll play ‘cool’ Midwestern American Heartland rock music that anaesthetises the Cerebrum, whilst simultaneously stimulating the brain to release a cascade of retail-therapy generated endorphins. Happy shopping!

I think we’re agreed, us Crikey Curmudgeons, that supermarkets are the work of devils. But, I seek to draw your attention to the folks a supermarket claims to be helping.
I’d say that the real beneficiary here is a supermarket. One that appears to be doing something good. While, in the views of some, doing something that reinforces the view that ASD kids need to be separated from the rest of us. (And I mention kids, because they’re the ones most likely to be going to a store at 10.30 in the morning AND they’re the ones who can most benefit from intervention practice, such as being positively reinforced for dealing well with challenging experiences. It’s odd to me that the organisation partnered with Coles would teach this intervention to parents, but seeks a promotion antithetical to this aim.)

A note on extreme noise (I know that’s not exactly what this article is about but all living things have a tolerance for sensory onslaught, regardless of disability). Seeing all the comments about loud music / radio etc in shops has prompted me to mention how distressed I am to see wage slaves working in hospitality and subjected to extreme noise at dangerous levels for their entire shift. I was at the Postie in Coburg last night and the folks behind the bar were copping it. They can’t wear earplugs so they can hear the customers shouting orders at them. And shout we must. It ain’t right! No one should end up deaf or with tinnitus from their job. A fraction of that noise level in an industrial job would require mandatory hearing protection. We protected this generation from second hand smoke after all, why is this so hard?