Ten's Studio 10 executive producer Rob McKnight has been booted by the network, telling colleagues in an email he wouldn't "spin a BS line that I resigned".

Studio 10 EP sacked after ‘breakdown’. Ten’s Studio 10 executive producer has been booted by the network. Rob McKnight sent an email to staff yesterday saying he wouldn’t “spin a BS line that I resigned”. In the email, reported by TV Tonight, McKnight said he had worked himself into the ground:

I always knew my passion would be my downfall and today that day has come … When Adam Boland broke down, I was working 15 hours a day to keep Wake Up and Studio 10 on air. The pace has always kept up but I believe I have given my all. Recently, I was very close to a breakdown (let’s be honest, I was going through a breakdown) which led to my four weeks off. While that was a good opportunity to recharge, the ongoing pace of our under resourced show has shown the strains once again. Unfortunately, I am not TEN material. I have been informed my services are no longer required.

Ten did not respond to Crikey‘s request for comment.

Crash photo beyond the pale. A photo of an injured road traffic accident victim published by news.com.au was an unreasonable breach of the person’s privacy, and did not take sufficient steps to avoid causing or contributing to substantial distress, the Australian Press Council has ruled. The image, taken by a TV news helicopter of a fatal crash on March 7, 2017, showed a damaged car with its roof peeled back, emergency service members and a person on a stretcher. The Press Council found that while reporting on road accidents was in the public interest, the magnitude of the accident and the traffic chaos it created could have been conveyed without publishing the picture of the victim, who could have been identified along with the car by her family and friends.

Goodbye Murder Uncovered. The axe is swinging at Seven, with the network killing off Murder Uncovered, the series that debuted at the start of this year headed by Mark Llewellyn, the former EP of Sunday Night who went on extended leave in late 2014, and then returned to Seven in an executive producer role. In a statement, Craig McPherson, Seven’s Director of News and Public Affairs, said: “It is never easy to decide not to proceed with a program but unfortunately, we have had to make a tough call in these tough times. Murder Uncovered set the benchmark in the true crime genre thanks to an extraordinarily talented team. I wish each and every one of them, the very best. It was a great program and I thank them all for their work.”

Seven West Media announced at its annual meeting last week it would be cutting $55 million in costs by the end of the financial year. Crikey reported yesterday that would include redundancies at in-house productions including Better Homes and Gardens and Border Security. — Glenn Dyer

Rose wilts under allegations. Journalist and TV host Charlie Rose has been suspended from CBS, PBS and Bloomberg after a Washington Post story reported that eight women had accused him of sexual assault — something he has apologised for in a statement. The women all either worked or aspired to work at the Charlie Rose show, broadcast on PBS and Bloomberg. Rose also co-hosted CBS This Morning and contributes to 60 Minutes.

Fox is trying harder. 21st Century Fox has set up a new complaints handling panel following a myriad of cases of poorly-handled sexual harassment claims by staff, including against Fox News’ former boss, the late Roger Ailes and former host Bill O’Reilly. The panel’s deliberations will be published on the company’s website. Settlement of a long-running legal case brought by a Fox shareholder has triggered the changes, but so has the continuing scrutiny in Britain of Fox’s corporate culture in relation to the company’s attempts to buy the rest of Sky for $US14 billion. Lobbying by former Fox staff in the US, their lawyers and UK politicians and others forced the UK government to take a longer look at whether the corporate culture at Fox would be a deterrent to approving the Sky deal (along with claims abut the deal reducing media diversity in the UK).

The settlement will include the setting up of a new oversight panel called the Fox News Workplace Professionalism and Inclusion Council. It will be made up of two company human resources executives and four independent experts. The body will provide written reports to 21st Century Fox directors and, in an effort to increase transparency, publish those findings on the company’s website. — Glenn Dyer

Anatomy of a fake news scandal. Rolling Stone has taken a deep dive into the pizzagate scandal of last year’s US election, where fake news websites convinced readers that candidate Hillary Clinton was involved in a pedophile ring run out of the basement of a pizza shop in Washington, DC. Among those convinced was Edgar Maddison Welch, who went to the shop with a gun, which he fired without injuring anyone.

For more than 20 years, a 60-year-old attorney named Cynthia Campbell has practiced law out of her bungalow-style home in Joplin. In April, I began trying to contact her, asking if she was behind the initial Pizzagate post. Within days, the Carmen Katz Facebook account disappeared. I went to Campbell’s house to try in person. A large NRA sticker adorned the screen door; on the porch was feline statuary and gardening equipment, including a three-pronged hoe …  Social-media accounts are routinely hacked, but the next morning, when Campbell texted me 21 times, she sounded every bit like the user behind the original Carmen Katz post. “Stalking and harassing innocent people who have done nothing to you is wrong, evil and illegal,” she wrote. “You should be helping people get their lives and health back going through such nightmares, not piling on, harassing them, making them feel unsafe and preyed upon.” She threatened to report me to both the ACLU and Best Buy’s Geek Squad.

Glenn Dyer’s TV ratings. More people combined watched the various digital networks (a share of 32.3%) last night than any of the combined totals for the five networks. That’s a continuing sign of the approach of the silly season in TV when the networks take a rest and we get sport, second and third rate shows.

The ABC though went out with a bang with a solid final program for the year for Australian Story (1.14 million national viewers) which examined in depth the police killing of Australian Justine Damond Ruszczyk in the US earlier in the year. Four Corners examined the so-called Murphy Tapes (1.02 million national viewers) and the end of the career of former High Court Judge, Labor Attorney General and ASIO raider, Lionel Murphy. Media Watch did well in reminding us that Graham Richardson (the former ALP Senator and factional heavy) on Sky News has his own tax haven experience he didn’t share with his viewers last week.

Seven’s Instant Hotel continues to putter along — 1 million nationally — not bad. Have You Been Paying Attention also did well for Ten (again) with 966,000 national viewers. Seven’s Liar ended its short season with 690,000 nationally. It would have been better suited to the ABC which also likes ITV dramas from the UK. Viewers would have noticed that Seven has started introducing us to the cast of My Kitchen Rules 2018 season. 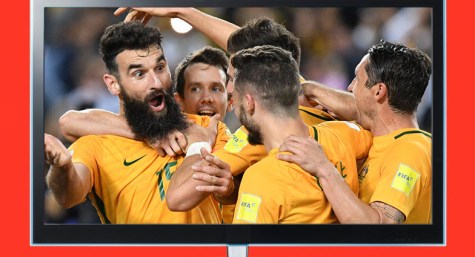