Despite a major victory with the marriage equality plebiscite, Malcolm Turnbull faces a difficult end-of-year sitting of parliament -- which he's now delayed.

One of the funnier outcomes of the legislative scramble in the wake of the marriage equality vote is watching politicians normally found on the right embracing the United Nations International Covenant on Civil and Political Rights and flirting with the idea of a bill of rights. Attorney-General George Brandis last week floated the idea of inserting the fist part of article 18 of the Covenant into Dean Smith’s marriage equality bill to “address” the concerns of No campaigners about the impact of removing discrimination against LGBTI on religious freedom:

1. Everyone shall have the right to freedom of thought, conscience and religion. This right shall include freedom to have or to adopt a religion or belief of his choice, and freedom, either individually or in community with others and in public or private, to manifest his religion or belief in worship, observance, practice and teaching.

2. No one shall be subject to coercion which would impair his freedom to have or to adopt a religion or belief of his choice.

3. Freedom to manifest one’s religion or beliefs may be subject only to such limitations as are prescribed by law and are necessary to protect public safety, order, health, or morals or the fundamental rights and freedoms of others.

4. The States Parties to the present Covenant undertake to have respect for the liberty of parents and, when applicable, legal guardians to ensure the religious and moral education of their children in conformity with their own convictions.

Conservative and right-wing MPs are normally hostile to the UN and such government-mandated impositions of rights. Liberal backbencher Tim Wilson nailed the hypocrisy pretty well, saying “where this discussion around having an extra protection around religious freedom takes us is towards a Charter or a Bill of Rights. It’s an oddity to see many people who identify as conservative or socially conservative who have traditionally opposed a Bill of Rights or Charter of Rights now prosecuting this cause”.

Any amusement about this reversal by traditional opponents of rights frameworks, however, is about the only positive for the government. The acceptance and willingness to get the legislative job done that was on display last week even from some No campaigners — and which would have given Malcolm Turnbull a major and much-needed win on which to end a dreadful political year for him — is evaporating more quickly than expected. We haven’t even gone a week and the “cop it sweet” tone coming from the dead-enders is giving way to a more aggressive approach.

In particular, there’s now a clear split within cabinet ranks over whether to address religious freedom via Smith’s bill — the position of dead-ender Matt Canavan and No voter Scott Morrison, who kept a fairly low profile during the plebiscite — or via a new legislative process next year, as Peter Dutton and Mathias Cormann would prefer. All four would know perfectly well that a separate religious freedom bill of anything other than motherhood statements would struggle to get through parliament. And Wilson is correct — once you start legislating for religious freedom, it becomes very hard to keep that sort of protection confined to religion. What about free speech, which some dead-enders like Tony Abbott have linked to marriage equality as well?

Making life more complicated is that the government is down two MPs in the Reps, meaning its chances of losing a vote on the floor of parliament are considerably higher — particularly a bill for some sort of banking inquiry, which has been flagged by the Nationals. A defeat for the government on a banking inquiry would be devastating. The government has done everything but launch a banking inquiry — there have been banking taxes, more money for ASIC, an APRA inquiry, regular parliamentary committee appearances. But to be forced into the one thing it was hoping to stave off would be a bitter end to the year for Turnbull. The fact that the instigator of the latest foray on a royal commission, the LNP’s Barry O’Sullivan, is linking his push to the marriage equality bill won’t help things either.

To reduce the chances of that, today the government pushed back the final sitting of the House of Representatives by a week to December 4, after the New England by-election which is expected to comfortably return Barnaby Joyce. That should deliver (even if not for the whole week, given the time taken for the result to be declared) one crucial extra vote against a banking royal commission, and one extra vote for the No forces on marriage equality; John Alexander, absent until the Bennelong by-election just before Christmas, has been a strong marriage equality supporter.

The official reason for the week’s delay is that the Senate won’t be finished debating the marriage equality bill until November 30, so there’s no pointing bringing the House back before the 4th. But by then, after hand-to-hand legislative combat in the Senate and endless divisions over amendments from conservatives, the Reps might remain just as difficult for the government to control, especially if disgruntled Nationals decide to join the LNP’s George Christensen in crossing the floor to give Turnbull a black eye on banks. Remember that for some MPs, this is as much about making life difficult for the Prime Minister as it is about religious freedom or fundamentalist bakers — if not more so. 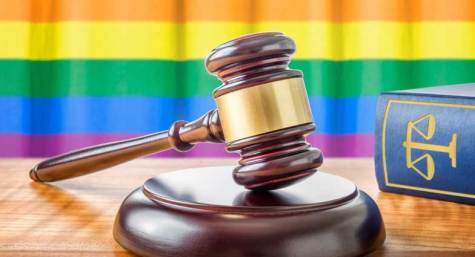 Oh, that’s a rather unfortunate typo, isn’t it?

“Brandis last week floated the idea of inserting the fist…..”

A late nomination for typo of the year. Giddyup!

Shouldn’t that be “jammed the idea of inserting the fist…” ?
Followed by something about Parlimentary rectitude?

“are necessary to protect public safety, order, health, or morals”

So this apparent bill of rights will allow god-botherers to further their aims of being in everyone’s bedrooms. Is that the intent of my new found freedoms if this gets up?

“…..the liberty of parents and, when applicable, legal guardians to ensure the religious and moral education of their children in conformity with their own convictions.”

So these new freedoms will be making sure that those freedoms do not go to children, and that any nutter in the most egregious and backward of religions will be able to seek protection from having their children taken from them on the grounds of ‘religious freedom’.

Great legislation, can’t see any problems with that.

meanwhile back at the godbother`s convention, article 99 of the protection of the freedom of rights legislation for the protection of pedophiles is being hotly debated, a subsidy on the fuel costs to move them from one parish to the next is on the agenda, as is the cost of disguises while hiding out in south america, and its widely thought that legal defense costs should be susidised by taxpayers or parishioners, tony abbott is threatening to cross the floor and kiss paulines bum if these demands aren`t, met,meanwhile trumble is quavering in the corner with a crucefix in his tiny hands waving it about madly while munching cloves of garlic, cheered on by barnaby whose shouting, that`ll work mal, it saved me from the sex allegations in tamworth.

Surely Paragraph 3 in the UN Statement makes allowance for the community-wide jurisdiction of the SSM Act and doesn’t give any relief to those who would deny trade on the basis of a customer’s sexuality and the (baker’s) religion. Surely forcing a couple to ‘live in sin’ rather than in wedded bliss is forbidden.