#MeToo comes to Oz ... Keneally scrubs her Twitter past ... Livingstone exits board ...

#MeToo — Australian edition. Ever since the sexual assault allegations against Harvey Weinstein tore through Hollywood and led to an avalanche of confidence to call out other men in the industry, there’s been whispers about whether or not we will see similar reports in Australia. Tracey Spicer has made it known that she is researching a number of men, and now we hear The Sydney Morning Herald‘s Walkley award-winning investigative journo Kate McClymont is also on the hunt and assembling a report that Fairfax Media hopes to get published shortly.

Media people have started getting calls in the past week or so from Fairfax Media reporters checking details and seeking information about cases where harassers have been named, including men still working in the media, but also men who have already died. It’s not just the commercial media that is being probed either; it’s print, TV, radio, state-owned broadcasters. Names are being named.

Livingstone to leave board role. What is going on at the Australian Museums board? We’ve heard that Commonwealth Bank chairwoman Catherine Livingstone is ending her time on the board. She is coming to the end of her second three-year term (board members can sit a maximum of nine years) and a spokesman confirmed that she was not seeking reappointment for a third. While the timing is interesting, Australian Museums insist it hasn’t nothing to do with the myriad scandals that have engulfed the Commonwealth Bank in recent months; and that the decision had been made at the beginning of the year.

“Ms Livingstone decided in early 2017 that she would not seek reappointment, in the interests of ensuring a strong transition to her successor,” he said. ” Her decision is unrelated to her other board commitments.”

“Ms Livingstone’s decision to not seek reappointment for a third and final term will help ensure that her successor will hold the role throughout the next important stage of development for the Australian Museum, as it sets the course for the future under the new Master Plan.”

Keneally cleans house. Ms Tips and her colleagues in the bunker drew (along with the rest of the media, we assume) an audible collective gasp yesterday as it was announced that former New South Wales premier and Sky News presenter Kristina Keneally was running against section 44 casualty John Alexander in the seat of Bennelong.

While she insisted that the final decision had been made only the previous afternoon, there may have been a little more preparation than that — it was noted that a huge number of her tweets were all of a sudden gone. Curious, we had a little rummage through the cached version of Keneally’s feed to get a sense of what kind of tweet she felt was appropriate for a media commentator, but not for a Labor candidate. As it turns out, basically everything since November 6 this year (her account has been active since 2009). Among these cleared-out tweets include a few swipes at Prime Minister Malcolm Turnbull, notably when he showed his basketball skills were somewhat lacking: 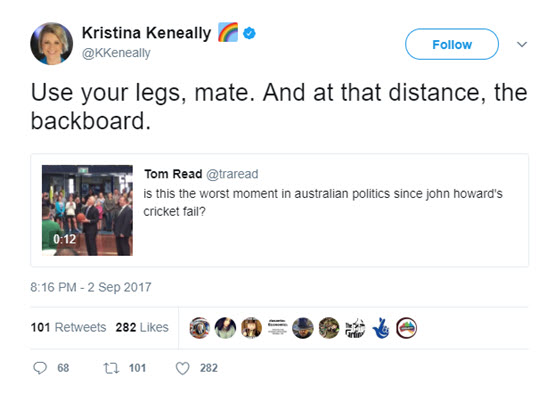 But perhaps more noteworthy in their sudden absence are any tweets (or links to her work for The Guardian) in which she criticised the situation regarding asylum seekers on Manus and Nauru, criticism she did not exempt Bill Shorten from, writing on November 3: “The Manus Island agreement is a failure. Turnbull and Shorten need to accept it.” (The blank spot in the tweet image is part of the issues with cached copies of tweets.) 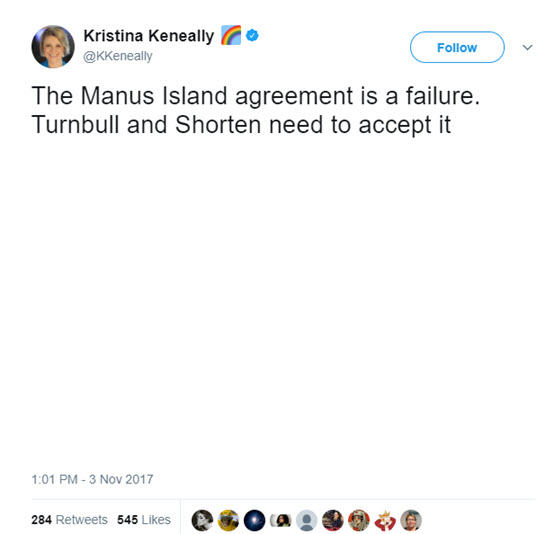 The former premier addressed the deleted tweets last night, saying that they will soon all be published by the New South Wales State Library. 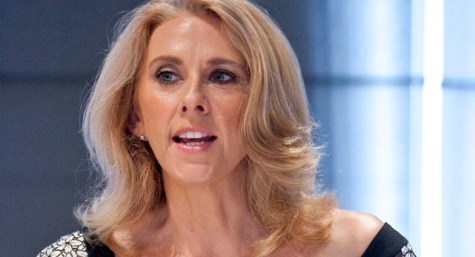 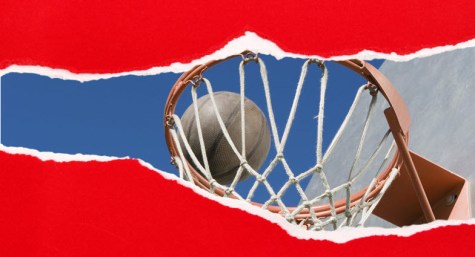