Good morning, early birds. Jacqui Lambie's parliamentary career hangs in the balance, while Pauline Hanson's latest recruit has already (allegedly) defected. Plus, a massive earthquake in Iraq and Iran has killed hundreds. It's the news you need to know, with Max Chalmers.

Today’s Guardian/Essential poll has the Coalition down 46-54 to Labor, just one point better than yesterday’s Newspoll. Like that poll, it found Prime Minister Malcolm Turnbull‘s personal rating is down, though it still has him ahead of Bill Shorten in the preferred PM measure by a healthy 12 points.

The PM’s task is being made difficult by section 44’s slow whittling of the parliament. Yesterday, it was the crossbenchers caught up, with scrutiny turning to Jacqui Lambie‘s Scottish born father. The Tasmanian Senator is expected to receive formal advice from the UK Home Office on her citizenship status today. Senator Cory Bernardi told the ABC last night that “[Lambie has] been telling people that the results aren’t going to be good for her”.

Having lost senator Malcolm Roberts to the constitution, One Nation leader Pauline Hanson yesterday misplaced his replacement, Fraser Anning. Hanson said Anning had walked out on the party but the new Senator said he was given the boot. Anning will now sit as an independent, reducing Pauline Hanson’s One Nation to three senators.

Turnbull would be brave to believe the ruinous crisis is over, though he has now reached a deal with Shorten that mandates MPs disclose their citizenship status by December 1. The Bennelong byelection has been set for December 16.

A major earthquake has killed over 400 people in Iran as well as several in Iraq.

The US Geological Survey put the quake’s magnitude at 7.3, though an Iraqi official said it was 6.5. Striking Iran’s west, the jolt left 6600 people injured and is the worst earthquake to hit the state in a decade.

Kurdish areas on the border of Iran and Iraq have been badly impacted while the tremor was felt as far away as Baghdad.

“I thought at first that it was a huge bomb,” a Baghdad local told Reuters. “But then I heard everyone around me screaming: ‘Earthquake!'”

Malcolm Turnbull pushed US President Donald Trump to find a peaceful solution to the North Korean standoff in a private meeting, according to The Daily Telegraph.

At a one-on-one meeting on the sideline of the Association of Southeast Asian Nations (ASEAN), Trump reportedly told Turnbull that an attack on North Korea was on the table, while Turnbull pushed for the enforcement of economic sanctions. In another meeting that included Japanese President Shinzo Abe, all three leaders agreed an attack should be the last resort.

Sydney: ABC managing director Michelle Guthrie is expected to announce a major restructure to the broadcaster.

Sydney: Opposition leader Bill Shorten to speak at the Australian Chamber of Commerce and Industry. 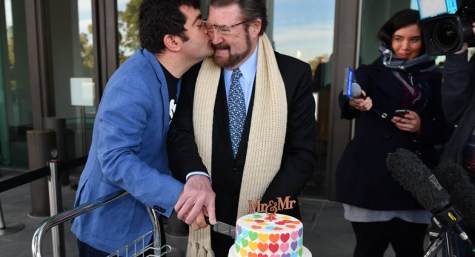 Hinch’s Senate Diary: if only Turnbull were even a shadow of Menzies … 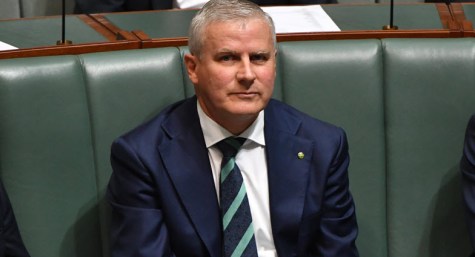 Abbott really is just farcically delusional. To think that bozo was once our PM.