Loewenstein: Manus protest is failing, so let’s talk about a boycott of Australia

Industries like sporting and tourism could be turned into tools for fighting indefinite incarceration.

Australia’s war on asylum seekers at Manus Island, Nauru and other privatised detention facilities on the Australian mainland is seemingly unstoppable by traditional means. While condemned by every human rights organisation in the world, Canberra is unmoved. The demonisation of (mostly) brown and Muslim individuals is an effective tool for politicians as well as many in the Murdoch and tabloid press to whip up fear and aggression against outsiders. And it’s been working for 25 years with Australia now inspiring hardline European policies.

When politics and international law fail to intervene if abuses occur, alternative tactics are required. Supporting a tourist and sporting boycott is one way to draw local and international attention to Australia’s mistreatment of refugees. It would inevitably lead to a hardening of views among some Australians, and vicious opposition by many in the media who would label it unrealistic or extreme — but that’s exactly the point. Business-as-usual ideas have failed for more than two decades. It’s time to try something new.

Back in 2014, I wrote in The Guardian that the United Nations should impose sanctions on Australia over its asylum seeker policies. Then and now it was a highly contentious view, and the UN is a deeply flawed and corrupt body itself, but my aim was to make Australians realise that turning a blind eye to what was happening on Manus Island and elsewhere should come with a tangible, economic price. In other words, let’s turn capitalism against a rich, capitalist country.

In 2015, I wrote in The Guardian again about boycotting companies, and divesting from them through shareholder activism, that financially benefited from Australia’s refugee policies. This included Serco, G4S and International Health and Medical Services. Earlier this year, when I raised the idea on ABC TV of a sports boycott against Australia, the online response was often vitriolic (though far from entirely).

“Sports and politics don’t mix” was the most tiresome response, as if people had conveniently forgotten the long and noble tradition of fighting oppression and racism during apartheid South Africa and in the US today with sports and its icons. There’s also a growing global divestment campaign against the coal industry.

The growing success of the boycott, divestment and sanctions (BDS) movement against Israel, to pressure the Jewish state to abide by international law in its war against the Palestinians, is because it has massive Palestinian support within Palestine, granting the movement legitimacy in the eyes of global activists.

There are examples of Australians pushing for similar legitimacy here with current and former asylum seekers. The only Australian organisation that I know that’s pushing to sanction Australia is Rise: Refugees, Survivors and Ex-Detainees. They state: “Australia should be excluded from participation in all international humanitarian and human rights decision making processes until mandatory detention and refoulement of asylum seekers and refugees is abolished in Australia.”

What would a boycott against Australia look like? Because it’s unlikely that any countries would refuse to play Australia in cricket, football, hockey, netball or rugby (as these nations are themselves involved in abuses against minorities), it’s up to engaged citizens to put pressure on teams and their corporate sponsors to take a public stand against Australia’s refugee posture. Generate public protests in Australia and globally when Australia’s national team plays. Brief activists in foreign cities to write letters and op-eds whenever Australia appears. Australians crave global acceptance and will loathe being forced to consider why their teams are being shunned.

A tourist boycott is equally appealing (and a German journalist recently advocated for it). Tourism is a multibillion-dollar industry and many people would undoubtedly suffer if fewer foreigners visited. But there are ways to try and avoid this result. After the end of the civil war in Sri Lanka in 2009, some activists asked tourists not to come because the government was attempting to white-wash its crimes (or at least be careful not to stay at hotels or fly on airlines backed by the regime).

Australians could encourage potential tourists, with the aid of a helpful website, to back local communities and economies with no connection to corporations complicit in some way to Australia’s refugee policies. Activists could use culture jamming techniques to challenge Australian tourist ads running around the world, showing the reality away from the pretty beaches. Social media is an effective weapon here, producing alternative tourist messages with images from Manus Island and Nauru.

There’s no one way to end Australia’s cruelty towards asylum seekers but most of the current tactics have failed. If Australians start paying a real price for their acquiesce in punishing refugees, the politics may start to slowly change.

*Antony Loewenstein is an independent journalist, film-maker, author of Disaster Capitalism: Making A Killing Out Of Catastrophe and is currently writing a book on the global “war on drugs”. 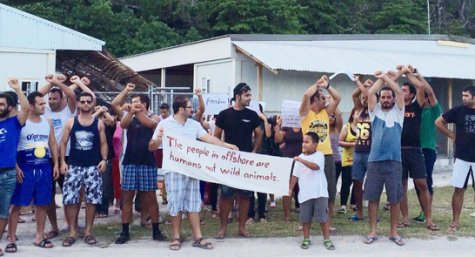 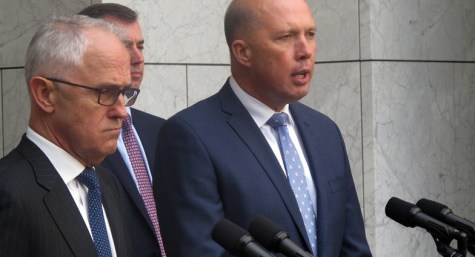 Not going to work fast enough for the folks on Manus. Sensible strategy for the long term though.

Not the worst idea I’ve read.
We need a remedy to stop the government of the day enacting policy and legislation that has neither popular support or policy purity (or at least some policy reality). This, the revamped trade treaty and mindless sovereignty destroying ISDS provisions – thank god that Trudeau pulled out this time, the Iraq war (90%+ public against it), recalcitrance on same sex marriage, the war on drugs, the list is long!

We need some mechanism that stops the buggers in their tracks.

This is a good start though, somehow we need better, a solution for much more than this, to end the disconnection between the voters will and the pollies.

Real democracy would fix a lot of problems.

Anthony Loewenstein overkooks the fact that the EU has currently adopted similar tactics as Australia to restrict the flow of African immigrants to Europe. The EU finances Libyan patrol boats to prevent would-be immigrants leaving Libyan shores for a Mediterranean crossing. Those prevented from leaving are warehoused in camps reportedly more squalid than those in PNG. Peter Bailey

No he didn’t, Peter:
“And it’s been working for 25 years with Australia now inspiring hardline European policies.”

I can understand the frustration but this approach has real dangers. It may in fact harden opinions and policy in the opposite direction to what is sought. If you look at international responses to refugees and migration it is hard to see much that is positive. Open access for refugees is unsaleable whatever the moral strength of the position. What is needed is an approach that encourages people and the political parties to walk back from the extreme position we have reached. It is not going to suddenly change completely. That process does not have to be gentle. One possibility is to see how comfortable people are with Australia running concentration camps – a very emotionally loaded description – but which is an accurate label for Dutton’s camps going back to the original meaning rather than a WW2 one.

I do believe this is one idea that could wake people up to what is happening with these refugees. A blanket message across Australia emphasising the ignorance and apathy of many German people to what was happening in the concentration camps (though the concentration camps were in a league of their own) and to what is happening in our detention centres may open people’s eyes to this unlawful and cruel treatment of asylum seekers in our country.

I’m doing my bit by not buying or supporting Rupert Murdoch NewsCrap products.