If Turnbull wants to put an end to the Section 44 saga, he must take a holisitc approach.

In a foreseeable volte-face announced on Monday, the government has yielded to growing pressure for a final resolution to the citizenship saga. Through resolutions to be made in the House and the Senate, parliamentarians will be required to disclose their place of birth as well as their parents’, along with any relevant documentation evidencing renunciation of any foreign citizenship. The resolutions would require such declarations to be made within 21 days in the case of sitting parliamentarians, and would be similar in substance to the existing mechanism for the declaration of interests.

It is plain that decisive action is needed to give this now long-running saga its quietus. A failure to take positive action may well see the indefinite continuation of the current trend, in which new cases involving the possible contravention of section 44 of the Constitution arise almost on a weekly basis. Yet the response favoured by the government is seriously flawed in three respects, each of which undermines its capacity to provide the final resolution which is sought after.

Secondly, though parliamentarians will be required to provide documentary evidence of renunciation of foreign citizenship, there has been no suggestion that documentary evidence will be required in support of declarations as to the place of birth of either parliamentarians or their parents. Given the rather shaky familiarity which many parliamentarians seem to have with their family history, this is not encouraging. It means it is quite possible that the current cycle of revelation and recrimination will continue as members discover, on a rolling basis, that their earlier declarations were in error.

Finally, and most importantly, the government’s proposal leaves to third parties the difficult task of evaluating the information disclosed. The question of whether an individual is, or may be, a citizen of a foreign power within the meaning of section 44 of the Constitution is not straightforward. It involves questions of foreign law as well as the determination of whether the privileges and rights conferred by the relevant foreign status are sufficient to give rise to disqualification. The recent High Court proceedings demonstrate the need, in many cases, for very detailed opinions to be given by foreign-qualified lawyers. In cases where the matters disclosed by a member give rise to a mere possibility that section 44 has been contravened, but further expert advice on foreign law is needed in order to determine whether a referral to the High Court should be made, it is unclear who will bear the burden of the expense and difficulty involved in obtaining such opinions.

For all of its insistence that a formal audit would amount to a ‘witch-hunt’ or otherwise cause the sky to fall in, the government’s insistence on this half-way solution is unconvincing. A formal audit would not undermine the rule of law or usurp the role of the High Court. It would simply create a formal mechanism for the gathering and assessing of primary evidence and the making of recommendations as to those cases which should be referred for judicial determination. The current halfway solution simply risks further bringing the parliament into disrepute. 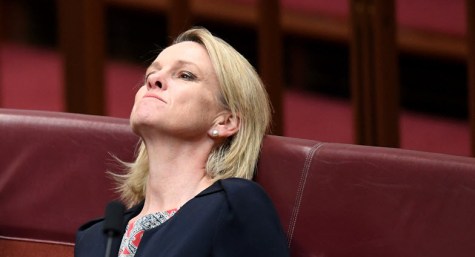 Reasonable missteps: what are the chances of dual citizen pollies in court? 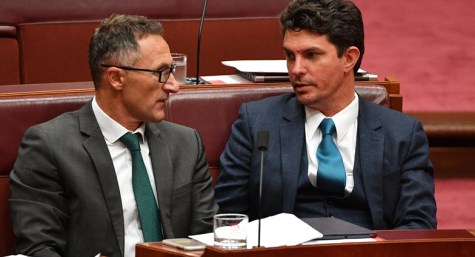 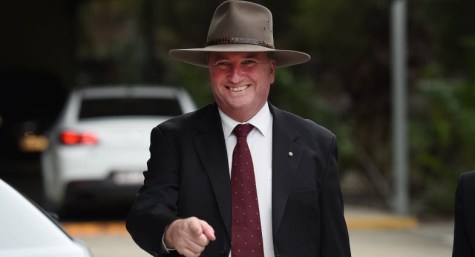 If Barnaby Joyce goes (and he could well be going), the government could fall

Why all the nonsense about “declarations”? These people have been found to be unreliable on their own word.

Why can’t they just supply proof?

An audit should be carried out.

Those in breach should repay their parliamentary pay as they had falsely declared themselves eligible.

The pre-emptive question is: Why is the Leader of the Opposition gently walking a punch drunk PM through remaining sitting days and into 2018? Neither one nor the other should presume that the electorate will look kindly upon a “nothing to see here” outcome. The Constitution is crystal clear with well founded intent as to outcome. Circumventing that intent in favour of protection of politicians individual priorities will only further enrage the electorate.

“…the response favoured by the government is seriously flawed in three respects…”
The faux audit is flawed in several further respects!
It fails totally to determine whether a candidate was a foreign citizen at the date of election.
Renunciation now of foreign citizenship fails to remedy a candidate’s ineligibility at the time of election.
It fails to unravel decisions made or votes taken as a “MP”.
It fails to recover public expenditure on remuneration and allowances for people who simply failed their due diligence.
It fails even to buy the PM the time he seeks before the House rises. Scalps can be taken before then.

I’m quite confident that there is no simple way to do this but can’t the Governor General be useful and dismiss the whole lot of them and have another DD. It’s beyond a joke and I am sure that the public would prefer to have parliament get on with something other than this farce.