What follows is a transcript of part of the exchange between reformed pokies addict Anna Bardsley and the Crown board.

Despite a very strict security regime to prevent anyone recording the AGM proceedings, some bootleg copies are in circulation and here is a transcript of part of the exchange between reformed pokies addict Anna Bardsley and the Crown board.

Anna Bardsley: Thank you. I have a proxy to speak, forgive me if I don’t follow the protocols, it’s my first time. I’m a retired businesswoman and a lot of other things and also a recovering poker machine addict. It’s 10 years since I put any money into a machine, but those 10 years of recovery have been long and hard. I turned into a person I didn’t recognise. I was always ethical and responsible and all that sort of stuff. What I want to ask you is, how much do you know about the real people who are harmed by particularly poker machines, which are known to be addictive, they’re designed that way? And an example I have to give you is, I haven’t been here in this place for over 10 years, because I used to come here, and it was very hard to even think about coming. If I see or hear a poker machine accidentally, because I don’t go anymore, they still have the power to trigger my brain and if that’s not addictive, I’d like to know what is? And so, I challenge you to hear more voices like mine and believe me, it won’t be easy to find them because it’s really hard to put the shame aside that comes with a gambling addiction to stand up and speak about it and I have not been able to do it alone. But I encourage you to hear the voices and to recognise that what your product is doing is more than just getting you a lot of money. So, can I leave that with you?

John Alexander, Crown Resorts chairman: Yes, you can, and look, we’re obviously very sympathetic to your personal situation and the general points you raise and I can assure you we do take responsible gaming issues very seriously, we invest quite a lot of money over the years, a lot of time over the years to become a world leader. Our property was the first in the world to have specially trained staff over 24 hours a day, seven days a week. It’s an ongoing process. We’re learning all the time and basically we’re always frankly trying to improve. In fact, it’s probably worthwhile my introducing Professor Horvath, who’s the Chair of our Responsible Gaming Committee to give you perhaps some insights about where this process is and what we’re trying to achieve?

Anna Bardsley: I’d like to hand over the term, “responsible gambling”, to everybody in the sector, including you who operate the machines and the government who gets a lot of money from it. It’s not only the people who put the money in who need to be responsible.

James Packer: Can I just make a comment? I’m very sympathetic for the difficulties that the last 10 years has put you through. Crown is a company that runs casinos, that’s the business we’re in. It’s impossible to run casinos without having tables and slots because that’s what creates the revenue. I think we have a real responsibility to make sure people aren’t harming themselves, because in truth if that happens it becomes bad for our business because there’ll be political backlash, let alone the human cost which is very, very real.

Gambling is a complicated industry and there are many players in it, and some of the players in it have, I would say, a less ethical approach than the approach we try to have. The thing that probably makes me proudest of Crown is we’ve won — and this is on the staff side, not the customer side, so excuse me for digressing – but we’ve won the Best Employer in Australia, an award given by the federal government, three times in the last seven years. Three times in the last seven years. There’s no other company in Australia that’s won it twice. Alan Joyce might talk about how good Qantas is, Lindsay Fox might talk about how good he is and Atlassian might talk about how good they are, but we’ve actually won it three times in the last seven years. And why I think that’s relevant is because our staff are trained to look for problem gamblers and to try and ensure that cases like yours don’t happen. And, Tim [Costello], this is one of the things that frustrates me, maybe because we’re a bigger company, maybe because we’re more well-known or maybe even because I’m more well-known. Andrew Wilkie throws something into Parliament which is a lie and which gets a lot of headlines and which gets you here for the AGM and all of those things.

But, within the gambling industry we try our hardest to be a good corporate citizen and I’d really like you to think about what it means for a company to win Best Employer in Australia three times in seven years and for you to think about the fact that there’s no other company that’s won it twice. So, we’re not perfect, we’re not perfect and yours is a very sorry and sad story. But, as I said before, from a business perspective the worst thing that can happen to us is examples of people who blow themselves up in our facility because then we will get backlash.

While Crown has front-footed the attacks by independent MP Andrew Wilkie, it was far more defensive at the AGM on the sad story of Mark Robley, as covered by 7.30 last week.

When challenged at the AGM, Barry Felstead, who is operationally responsible for Crown’s casinos in Perth and Melbourne, got up and told shareholders he was prepared to meet with Mark Robley and discuss his concerns. Once again, we’re yet to hear if anything has come of it.

*Stephen Mayne works part-time for The Alliance for Gambling Reform and was not paid for this item. 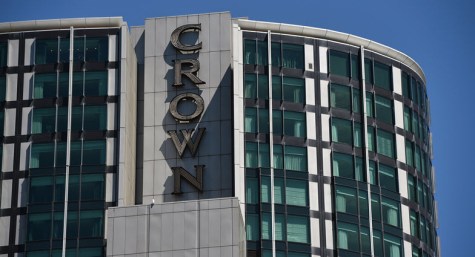 Mayne: what to expect at tomorrow’s Crown AGM with James Packer

‘…we have a real responsibility to make sure people aren’t harming themselves, because in truth if that happens it becomes bad for our business…’

This mentality is similar to that of a tobacco industry executive who realises if too much of the product is consumed the customer will become terminal & their industry will lose another addict. Bad for business.

…did Packer really infer that Crown must be taking problem gambling by their *customers* seriously because their *employees* are happy? That’s….an impressive leap.

Like appointing a fox to look after chicken security, really.

Alexander revels in being an award winning casino operator – ” within the gambling industry we try our hardest to be a good corporate citizen and I’d really like you to think about what it means for a company to win Best Employer in Australia three times in seven years”.
Nuff said.

You can be the best run company in the known universe but your business is legalised extortion. Similar to 2000 environmental protections on Galilee basin coal when the coal is going to be burnt anyway.