The veteran journalist's career spanned more than half a century.

A photo from Ben Sandilands archives: an expedition on the Stikine Icecap, at the top of the North Baird Glacier near Petersburg Alaska in the summer of 1975.

As a child growing up in Clovelly in Sydney, Ben Sandilands would take his younger sister Susanna and younger brother Malcolm and the dog to walk through Maroubra and on to watch the planes take off and land at Sydney Airport. Susanna remembers all the planes being named and pointed out by her older brother, a passion that would lead him to a career that would cover decades of the aviation industry. While he was always fascinated by aviation, he had no interest in becoming a pilot, but always wanted to be a journalist.

Right out of school he was a cadet at the offices of The Sydney Morning Herald in 1960, beginning a 57-year career that covered aviation, shipping, travel, the police round, and even space exploration. In the early days he studied his Bachelor of Arts during the day and worked at night. Former editors, colleagues, sources, adversaries and competitors all say the same things about Ben Sandilands: old school. No bullshit. Fearless. Straight to the point. And if there was something about aviation he didn’t know, it probably wasn’t worth knowing.

The pun “Plane Talking” given to the name of Sandilands’ blog really suited — his colleagues, both as journalists, in public relations and the wider industry, saw him as someone who could be relied upon to say exactly what he thought with no concern about what would happen if he did.

When speaking to journalists about Ben Sandilands, they rarely remember how he came to be their colleague — he was always part of the furniture when they arrived, with a career outlasting many memories. Jonathan Green was editor at Crikey when the Plane Talking blog launched around 10 years ago, and although he had misgivings that there would be a small audience for an aviation blog, Sandilands was determined to give it a go. “What sort of idiot am I?” Green said. “Ben was dedicated to this stuff to the point of quiet obsession,” Green said. “He was always extremely obliging and quick and good. It’s sadly increasingly rare in modern journalism to have people like Ben who are utterly across their subject matter, who are independent and have that authority.”

“His energy was just astounding,” said former Crikey editor Sophie Black. “I always felt very privileged to work with a really old school traditional journalist, in that he was an absolute expert in his field.”

Private Media chairman Eric Beecher said: “If the definition of a fine reporter is someone who has intense curiosity, passion for the truth, deep understanding of his or her beat, and indefatigable determination, Ben Sandilands ticked every box. He loved journalism and its purpose. He was absorbed by aviation, space and what happens in the sky. And he did it all with a flourish.”

“Although he is best known as an aviation journalist, he was quite a good generalist, you could assign to just about any topic, he would do a professional and comprehensive piece of work for you.”

Steve Creedy, former aviation editor of The Australian, and now editor at AirlineRatings.com says Sandilands “wasn’t backwards in coming forwards when it came to expressing his opinions”.

“There were a couple of instances where Ben would quite happily tell the chief executive of various airlines how to run their airlines as a prelude to a question.”

“Those who didn’t know him would look a bit stunned when he went into one of his monologues about what was wrong with a particular airline or part company before asking a question.”

Creedy often travelled with Sandilands and said “despite his reputation for being sometimes gruff and giving people a hard time, he was a lovely bloke, he had a heart of gold and a great sense of humour”.

His close friend Ken Morton first met Sandilands in 1979. Sandilands the aviation reporter and Morton, then-PR manager for British Airways, and later, for many years, with Boeing, were not always on the same page when it came to a story. What was it like as a communications manager when a set of questions came in from Ben Sandilands? “There were a few sleepless nights, Morton says, but Sandilands was always scrupulous in making sure properly considered responses were used.

“After all these years his nose for a story, his enthusiasm is still as sharp as ever, he was always enthusiastic, always interested. Always a very crisp writer, he wrote very well and he never accepted anything on face value.”

He was prolific, writing at the different times for The Australian Financial Review, The Bulletin, the ABC and The Guardian as well The Sydney Morning Herald and Crikey. He is remembered by many of his colleagues as a private person, but always generous with his knowledge and welcoming to those who showed an interest in aviation. Close friend and fellow aviation writer Clive Dorman says “[Plane Talking] was easily the most highly rated aviation blog in Australia, it had a huge international audience and he was uniformly respected by everyone in the industry even by the people who hated what he wrote.”

In recent years Sandilands had doggedly chased the search for the wreckage of MH370, which was the topic of his last blog post just a week before he passed away. Plane Talking was the place to turn to when readers needed authoritative and factual reporting on aviation news — so much so that the Crikey website crashed under the weight of increased traffic in the aftermath of both the MH17 and MH370 disasters. 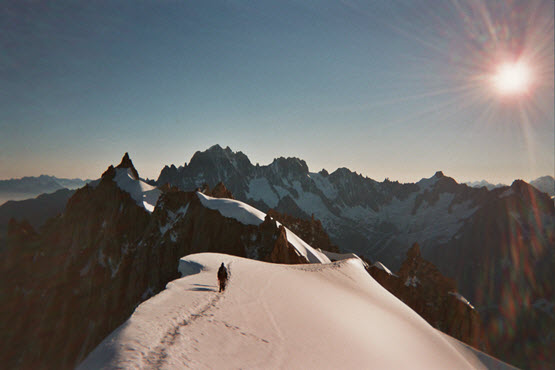 It wasn’t just aviation that Sandilands was passionate about. His love for space exploration is also fondly remembered, as well as a keen interest in mountain climbing. Sandilands was a passionate climber, and in 1965 was with the team of climbers that first ascended Balls Pyramid, a craggy remnant of a volcano 20 kilometres away from Lord Howe Island in the Pacific island. It was Sandilands who swam back to the boat to radio reports back to The Sydney Morning Herald offices (clippings can be found here). Sandilands’ account of the lengths he went to in order to retain his front-page scoop is here. He was also with the first group of Australians to climb Mount Dunagiri in the Himalayas in 1978, with photos of the team here.

He gained respect not only from colleagues and public relations managers, but from his sources. One ex-pilot, who identified himself as “one of Ben’s snitches” said “Ben was my go-to journo”.

“Receiving an email from him was like Christmas morning. Sharing a joke, despairing at The Australian’s aviation coverage together, bantering about transport, The Operation, chemo, and losing his voice — all of these musings were a small, but real, part of my life.”

He was married to Cheryl Roberts, although they separated later in life. His daughter, Vic Pemberton, remembers his passion for flying and even for telling her of plane crashes in great detail. She also remembers the many family holidays in Sandilands’ time as a travel editor. 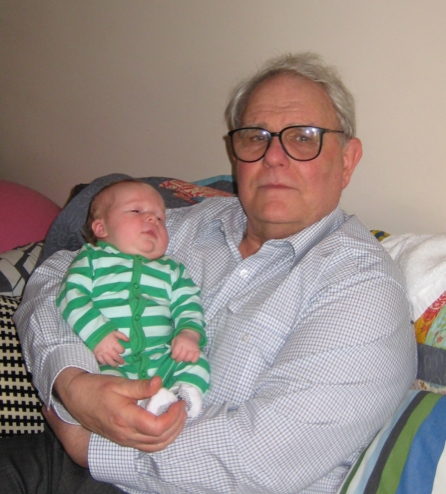 Ben with his grandson Miles.

“He was always really excited about people reading his blog and he was always really grateful for the following and the comments and he really appreciated the discussion that came out from there,” she says. “He would be really touched to know how many people have reached out.”

In recent years he lived around Exeter and Moss Vale in country New South Wales, and he would still be pointing towards the sky with his sister Susanna — explaining the stars and planets, instead of planes, in the clear country skies.

He is survived by his siblings Susanna, Malcolm, Jean and Fiona and his daughter Vic Pemberton, son-in-law Brett Pemberton and grandson Miles Pemberton. 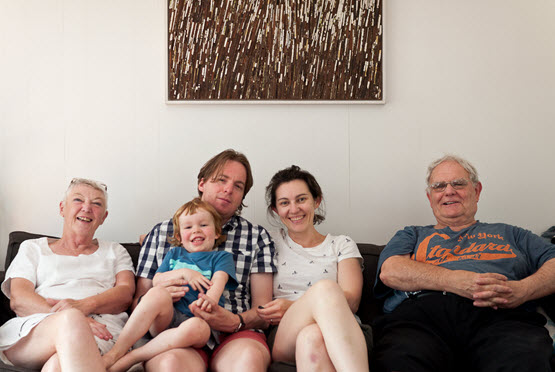 Ben with his family at Christmas in 2014. 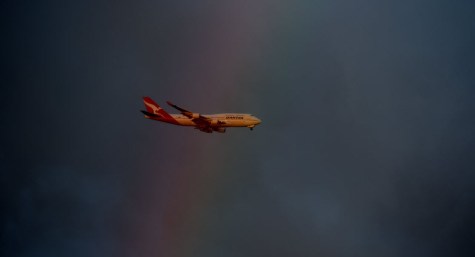 Thanks for this lovely piece Sally.
It’s good to have so many of those blank spaces filled in.
He really was a wonder.

Grateful to learn some background to Ben’s life & stellar career. His readers, via several publications, are fortunate to have accessed & enjoyed his work for so long. It’s clear he’s irreplaceable.

Thank you Sally for your work. I knew Ben for the last ten years and while mainstream media descended into just pushing what the Companies and Governments wanted us to believe Ben dug deeper. I tragic loss to the world of free speech. I have lost a friend and a mate but I will treasure our friendship for ever. Rest in Peace Ben and we will miss you.
Barry Jackson.

Thank you Sally for allowing us to learn a little more about Ben. I only knew him through Crikey, but appreciated his insights and thoughts. I will miss him and Plane Talking.

Well said Cathi, same for me.

Thank you Ben for keeping the flame alive for MH370. Isn’t it frustrating when you read a good novel only to find someone ripped out the last pages?

I clashed with you and you clashed with me, but we both wanted to find 239 missing souls. God’s Grace go with you Ben. You were a giant in the effort to find MH370.