Why do so many social media accounts of so many serious institutions talk to us as though we prefer our institutions or politicians “humanised” and served in the way of a soft drink? 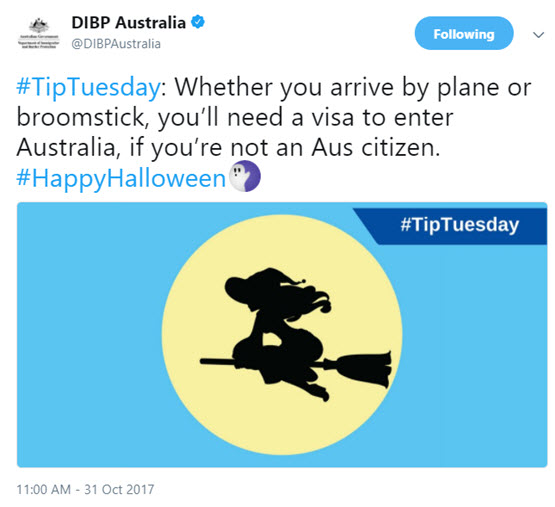 A few days ago in the Crikey office, the cry “Why?! Just why?” could be heard. This is not an uncommon lament in a newsroom, and when it sounds, it is only natural to suppose that some new evidence of man-made brutality has emerged. Perhaps the other two-thirds of Bangladesh had fallen in the sea? Perhaps former prime minister Tony Abbott had stripped down to his rainbow speedos in efforts to protect the pure jewel of marriage? Not quite. A colleague was angry at Twitter.

Being angry at Twitter is a misuse of neurotransmitters, as you know. Whether news worker or citizen eager to retain all residual marbles, you are best not to be surprised by the emptiness of this platform. An overwhelming majority of Twitter’s 330 million users tend to restate the overwhelmingly popular views of their majority in-groups, so if you’re seeking analysis fresher than “Trump is a fascist!”, “Hillary is a crook!” or “I love Netflix!”, you’d do better to find it in tea leaves. However, this Crikey worker couldn’t help it.

“No, no. Stop it,” she said, and, soon, I would see her point. When even New South Wales Police adopts the calculated informality of corporate and individual users, writing that the entire force was awaiting a new spooky TV drama, one longs to call the cops.

News workers are doomed to review Twitter. At Crikey, we do this to source news — perhaps the Bureau of Meteorology has issued a caution, the US President has accidentally typed when he really meant to address them to his nuclear football — and quite rarely to learn about the views of the liberal left or the cultural right, which is always Netflix-positive and about which we can read in their newspapers.

With certain services — like the bureau, or, say, the Australian Taxation Office or any court of law — communications conventions are determined by the seriousness of the institution itself, not Twitter’s hyper-casual groovy talk. Warnings, annual reports or opening hours appear unembellished for information of the public and the press. Sure, the US President continues to use his account like a hostile tween who has just cracked his parents’ wi-fi password, but that doesn’t mean that every other institution must succumb to the sugar. Yet they have been — and for some time.

Social media managers are convinced that we are idiots who prefer our institutions or politicians “humanised” and served in the way of a soft drink. This advertising “wisdom” gives us everything from an Australian prime minister’s shaving cut selfie — “look, I’m just like you!” — to the cause of the Crikey lament.

Certainly, some in the NSW Police Force might be thrilled that supernatural Netflix series Stranger Things is about to “drop” — Millennial, apparently, for “become publicly available”. But, it does seem unlikely more would not prefer one of the CSIs, which may be unrealistic, but at least underscore the value of police work in ending crime, rather than psychokinetic ability.

Whatever the majority taste in TV of the force, it is surely a secret to protect. I propose that any efforts to “brand” or “humanise” a service most citizens agree is essential is just pointless, if not downright destructive. Ambulance Victoria employees, for example, may overwhelmingly enjoy The Family Guy. This is not only none of my concern, but, if publicly disclosed, potentially detrimental to my trust in that service. Give me links to CPR guidelines, a reminder to dial 000 or, say, a study on the role of diversity training in emergency services. Do not give me a “heads up” about that which is about to “drop”. You’re not a person, not a brand. The sole means by which you shall and should be judged is in the execution of your service.

Many social media users, including and especially prominent journalists, brand themselves on Twitter, usually by having an opinion. These opinions — often “Nazis are bad” or “Nazis are not so bad” or the bipartisan “I love Netflix!” — serve personal branding far more than they do public interest. They copy the reflex of the corporation: stay on message, appear human, show a little of something that makes you “you”. Coca-Cola has long done this, and now, so do twits from Sky News or The Guardian.

I don’t like this practice, but I do understand it. When there is little to distinguish one person’s dull sugar from another’s, competition must take place through branding. There is no competition for NSW Police.

Unless, of course, Premier Gladys Berejiklian has some thrilling privatisation plans. In which case, expect Netflix co-sponsorship.

The privatisation of NSW police may well have long precedent with the Rum Corps. (“Can’t wait for the next keg of Bundy to drop!”) I’m just glad that decades after Qld had a First Lady called Flo, NSW now finally has a premiere called Gladys. I can only hope that Victoria may one day see an Edna, SA will get an Ivy, WA get a Prudence and Tas a Hortense, at which point I can finally indulge in my secret desire to wear a striped woolen one-piece, walrus moustachios and a straw boater.

DIBP was lying – there are about six Commonwealth members whose citizens get a $20 waiver (takes about 2 days). US citizens get it too.
And not three minutes after the NSWPolice “drop” thing, someone responded with a piece about them bashing a backpacker. Hoist to their own canard.

All grow successful using strategies that work on the assumption that we are idiots. They further develop and refine idiot-targeting strategies over time, proving they work reliably over and over again.

But I’m sure it couldn’t be possible that people are REALLY idiots! The fact that treating them like idiots always works must just be due to “late capitalism”…

By what measure does the state social media described “work”?

Not so much “useful idiots” as easily manipulable ones, an ever tappable source of revenue.
As pondered by Damien, it cant be true, must be something inexplicable like late stage cancer or capitalism.