Only a few sleeps left until ABC changes ... the One Nation candidate who isn't running for One Nation ... who's buying up all the Fairfax? ...

Guthrie’s ABC. We’ve been told that D-Day for the major restructure at the ABC is approaching fast, with a tipster telling us the announcement will come on November 14. As previously reported at Crikey, the plan involves focusing on “audio” and “video”, with the shake-up believed to be the end of previous empires within the organisation. Our tipster says to expect the move to announce three “content teams” instead of divisions, with Gaven Morris to head up news, David Anderson to head up the specialist and entertainment team and Michael Mason to lead the community and regional team. This is just the start of major changes to the organisation, which managing director Michelle Guthrie has brought to the board for approval after a period of consultation with staff.

One Nation angry at a white guy this time. A tipster sends us this update from the wild world of the Queensland election, with a confusing tale of an independent candidate with connections to One Nation. In the seat of Thuringowa outside of Townsville, One Nation is yet to announce its candidate that will take on Labor, while the LNP is also circling. One man who has made his allegiance known is Stephen Lane, who claims to be running as an independent, but has uploaded a video where he shows that he is also a member of One Nation. In the video Lane says he agrees with One Nation but the electorate would be better served by someone who is not beholden to a party. 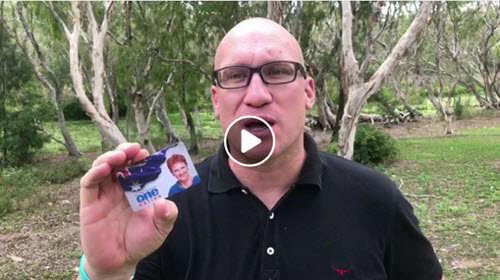 A tipster tells us the video didn’t go down well with One Nation, with James Ashby calling Lane to demand that the video be taken down. Our tipster says Ashby threatened to cancel Lane’s party membership.

“I heard a phone call with him at the shops. Stephen was eating an ice cream and had the call on speakerphone at the table next to me. James was trying to have it over Stephen but James was destroyed in the phone call and ended up hanging up on Stephen. Stephen and his helper (in a VOTE 1 LANE THURINGOWA shirt) laughed at the fact Ashby hung up on him and then went on to say that James was apparently representing a party of free speech. The phone call was about Stephen mentioning in a video on FB that he was a One Nation member but was running as an Independent. James asked Stephen to take the video down, Stephen refused to accept that James had a good reason to request that.”

The video is still online, with a follow-up where Lane explains that he is definitely not running for One Nation, even though he is a member of the party. Crikey contacted Lane this morning, who confirmed that the phone call had taken place.

Job cuts for Christmas. Job losses could be on the way at Isentia, with a up to 45 staff facing redundancy in Melbourne and Wellington. The media-monitoring company has confirmed to Crikey that a consultation process is under way with staff in Melbourne and Wellington, with new positions created in Manila in the Philippines. The changes would affect the teams that monitor both printed press and broadcast in Melbourne, and if they go ahead, 30 staff in Melbourne could be made redundant. Scott Kinman, operations director APAC at Isentia says: “We have begun a consultation process about a proposed change that could result in all Melbourne Broadcast Monitor roles and the Melb Broadcast Team Leader role made redundant. We have also begun a consultation with Melbourne Press teams that could result in all Melbourne Dayshift Press roles being made redundant.”

A similar consultation program is happening in Wellington, where 15 staff could lose their jobs in the broadcast monitoring team. If the changes go ahead, the staff made redundant would be out of a job by Christmas.

Fairfax buy-up. Only two sleeps to the Fairfax Media annual meeting in Sydney on Thursday that will vote to change the company forever, and we have found out the identity of some of the share buyers we told you about last week. A notice filed with the ASX this morning reveals that US giant Fidelity, which is based in Boston, was responsible via offices in Australia, the UK, Hong Kong, Singapore and Bermuda (but not the US head office). The notice reveals that FIL Limited bought 45.103 million Fairfax shares from June 26 to October 26. That lifted its stake to 122.06 million shares, or 5.31%. Fidelity already had a stake of around 77 million Fairfax shares when it started buying at the end of June. Fidelity paid from 95 cents to $1.21 cents a share in its buying spree. Fairfax shares closed at $1.08 on Monday. It is interesting that Fidelity’s buying started on June 26, just after TPG and Hellman and Friedman abandoned their non-binding marriage proposals for Fairfax. Fidelity’s wasn’t all the buying in Fairfax shares, with well over 130 million shares traded in the past month but it does mean that Fidelity has loaded up to grab as many shares in the Domain property website spin off which will be approved by shareholders at Thursday’s meeting.