Razer: dying for capitalism at our standing desks

Forget what you hear about the need for constant change in industry: it's all about staying exactly the same.

There are two stubborn odours in every knowledge workplace of the present. The first comes from the kitchenette; microwaved puttanesca from last June. The second comes from your armpits. Or, at least, it did from mine. Every time “change” was ordered from upstairs, I knew what to expect: no change, preceded by a week of meetings about how to have better meetings, with a guest appearance by a Maverick in a TEDx cap.

The Maverick was a “change consultant”. He was paid to uphold the delusion that we, the marketing department for a financial services company (yes, I’m going to hell), were making change. He said, “think outside outside the box”. He mentioned diversity and neuroscience several times, and is the chief reason I am unable to watch Todd Sampson on TV. I try not to think about him, and that peppy nightmare of a job.

But there are many Mavericks, working hard to deliver the message of change while ensuring the reality of stasis.

In a popular article this week, The New York Times offers “End of Apartheid in South Africa? Not in Economic Terms“. Let’s leave aside that US is yet to deliver on the promise of equality made to its new black citizens in 1865, and ask: when will this paper stop writing about inequality as a glitch constituted by prejudice alone, instead of a rising problem felt by citizens of all nations not named China?

Probably when they stop printing the columns of Paul Krugman, which use a form of modelling called dynamic stochastic general equilibrium (DSGE). I can’t pretend to understand anything with a name that long, but apparently it allows an economist to believe that the disaster of 2007-’08 really didn’t have much to do with big banks. In other words, it was a few naughty shadow banks who tanked the economy; a few racist people responsible for poverty.

Krugman and his paper are wont to say that individual actors need to change. These neoclassical presumptions — people are imbalanced, never an economy now ruled by lenders shown to deliver growth only to themselves — means that nothing changes.

Maverick gave us standing desks, reputed to be the “change” that would prevent our early death. (This claim is baseless. Standing desks, however, made me briefly consider the benefits of early death.) The only real change required from us was to look as though we had changed.

The anthropologist David Graeber would have called what I was doing then a “bullshit job”. Which is to say, I produced almost nothing. Graeber attributes this Western rise in pointless work to the neoliberal turn. We outsourced productive work to the nations we had made dependent on our lending, so we wrote unproductive copy for the finance sector. Which would have ruled despotically without us.

Clerical, administrative and managerial roles have trebled in the West since our parents downed tools, and handed them to the workers of the Global South. Now, many of us have jobs so useless, even the robots don’t want them.

Krugman does a bullshit job. Christine Lagarde does, too. She came over all Maverick this month and insisted things had to change. She said tackling inequality was a priority; she said that people should be paid more and governments should spend on their people! (The Guardian considers this radical.) Meantime, the IMF commends Macron for his reductions to spending, and makes worker dismissal a breeze.

We are the “knowledge class”, and we start so many compassionate hashtags because we have nothing else to do. We do not teach children, tend the sick or reassure a customer that, yes, that dress is very flattering. Instead, we make bullshit at standing desks.

We delude ourselves that we are making something — “a difference” — by urging you to “end the stigma” about the depressive illness those with bullshit jobs suffer. So many of our jobs feel so Soviet, our online declarations read like empty slogans. A lot like Krugman and Lagarde.

Graeber says such work is useless, and in the sense that it produces nothing more tangible than a prescription drug dependency, he is correct. But I did have the sense of a function. It was to appear as though things were changing, while ensuring they kept absolutely still. 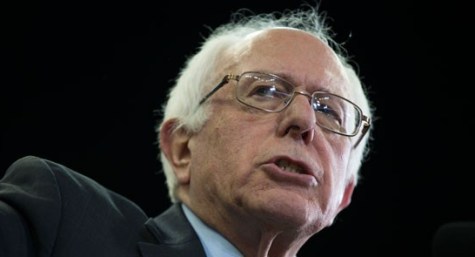 I’ve often lamented my lack of actual skill, something tangible. It pains me to think about my group of “intangible skills” that are nothing but last years buzzwords that I try to articulate on my LinkedIn profile.

I ridiculed those that would stay in the small country town I grew up in getting a mechanical, electrical or plumbing apprenticeships but now spend my time watching car restoration shows, marvel at those that can build their own electronic devices and do full house restorations.

Daniel Pink said that in the West those that will rise are those that can create, the artists and automation will go to Asia. The only issue is that needs a skill as well.

I can’t even write goody

A lack of goody does not seem to dissuade many. And, dear, I’ve seen worse.
May I “incetivize” you to email Graeber with your bullshit job? I believe he is still taking surveys for his research doihaveabsjoborwhat@gmail.com

Once again, Razer provides a reliable barometer of how the new (and old) left jumped the shark.

Presumably they’d be “happier” working all day tanning hides in fetid animal excrement?
They’d be more “satisfied” going down an airless, lightless pit to extract polluting substances that can lower EVERYONE’s lifespan?
Maybe inner peace could be gained with some good honest toil in the Stasi torturing dissidents?

Oh, the humanity! A boring job in an air conditioned office with a standing desk!

To say one form of work has its problems is not to suggest that other forms of work are without theirs.
But if you feel like Richard Dawkins who has just caught a simple Christian out in an obvious lie, who am I to deny your pleasure? Enjoy.

Hi damien!
You must be pleased with the progress made by the LNP towards the ” happier” and “satisfied” aspects of your post.
The LNP are more than happy for more coal mines and it will probably be soonish that the AFP will become either in whole or in part the Bureau of State Security ( Apartheid S. African version of Stasi).
For Helen I used to live up above Perth, in the hills. Looking down on the CBD it always used to amaze me. All that city and people and buildings, all for shuffling paper around.
Nothing tangible made there or produced there, but that was where all the money was.
I was always reminded of that old song line – “It’s a strange strange world we live in Master Jack”.

Useless work is not a problem- the problem is useless work that impedes someone else’s productive work. Australia runs on useless work to we are unable produce nothing else these days.

I remember we even used to build cars [see not demented – can remember back to last week]. We even paid companies to employ us to build cars, but that was productive. What is the problem is the barnacles that impede useless work – the barnacle industries – like accreditation , costs a lot and is useless – robbing an industry of profit and increases cost with no benefit.

Ever get a letter from a lawyer at the bottom of the letter says something about limited… other guff about a scheme- what the F……k does that mean? are they not good lawyers but I suspect they paid some barnacle industry to give them a tick. Go into the doctors – one has to make out reams of forms [for our accreditation] – “but I came inI have a sore that’ -sorry we can’t see you until you make out the form. So you fill out a form with questions like-‘ do you identify yourself as someone from a culturally diverse background’? I still only have a sore throat! I am sure the lawyers & doctors have to pay for someone to produce this BS.

So a rethink of Barnacle industries has to take place by scrapping the barnacles off the productive industries. they are another form of indirect taxation.

Graeber’s take on this is quite interesting, Des. My view is that what we are doing in this useless work is making those who do the most aggressively useless work of moving money from one useless thing to another feel more inflated. The more I understand about the dominant finance sector and how destructive it has become to innovation, jobs, commodities and all the other things capitalists claim to love, the more I am certain that capitalists have less love for their system than I do.

Ah – Helen – the original capitalists were not financiers from the finance sector. so I don’t mind capitalism. But it doesn’t matter in Australia. The stats. for last financial year was that the jobs growth et. was only kept from going backwards by the NDIS scam and the health sector – Ergo we are a sick economy in a sick country.

So teachers don’t belong to the “knowledge class” eh Helen?

I know its not really the point of the blog. But typing this comment at a standing desk right now and I know its done wonders for my back pain not being sat down all day – plus it really does seem to stimulate a level of alertness when alternating between sitting and standing.

Hey, that was going to be my post… I just got a standing desk to do my semi meaningful job and it’s been good for my back too. I did a 5am start yesterday and standing ensured I wasn’t dozing by 11 when my work cycle tapers off.