The Employment Minister tends to boast impressive figures in her monthly report on jobs growth, but just a little digging turns up a lot of fool's gold.

In her monthly jobs media release which has become as predictable as it is deceptive, Employment Minister Michaelia Cash boasts “Twelve months of consecutive jobs growth — employment at record high.”

Of course jobs have grown each month. That is because the population increases each month and the economy automatically expands as a result. Even if the economy does not improve — and provided it does not deteriorate — then each month will show a slow and steady increase in jobs.

The minister and her colleagues deploy several wily tricks when presenting jobs data. The mainstream media are only too happy to report and amplify them.

The first is to use cherry-picked benchmarks — in this case “one year ago”. Cash says in her release “Employment has increased by 371,500 over the last year – more than four times the jobs growth in Labor’s last year in government …”

The arithmetic is correct. But the starting point is deceptive. One year ago, according to yesterday’s ABS jobs numbers, was when the jobs situation had tanked disastrously as a result of her government’s policies. One year ago, 716,600 Australians had no job at all. What has happened since is simply clawing back some of those horrific losses.

That then must be measured against adult population increases of 293,700 per year, on average, over the last four years. Not so great. That is the second sneaky trick.

The third deception is to ignore the reality that most jobs generated under the Coalition have been part-time and casual rather than full-time and sustainable.

The September figures show full-time jobs for women fell by 20,621.

Just in the last four years, a significant shift has taken place in the proportion of part-timers and casuals. At the time of the 2013 election, only 30.2% of workers were in part-time jobs. That has gradually increased since the Coalition came to office. This exceeded 31% for the first time in August 2015, then breached 32% in September 2016. It peaked at 32.26% in January this year, then appeared to fall. But the latest month shows another surge to 31.67% — from 31.61% in August.

The minister claims, “we are focussed on our plan to secure a stronger economy with more jobs, including lower taxes for small businesses, a record investment in infrastructure, reliable and affordable energy, new export agreements and an ongoing focus on ideas and innovation”.

Detailed analysis of the jobs numbers along with all other data shows this is not true. For example:

In September, 711,500 people were unemployed. This is the eleventh consecutive month the total has been above 710,000. The last time that happened before the Coalition was elected in 2013 was in the dismal Howard years back in 1997.

This is the best measure of the employment any economy generates, as it takes into account full-time jobs, part-time jobs and population shifts.
In September this was still languishing at 86.17. This brings to 48 the consecutive months below 86.5 out of the 48 months since the Coalition was elected.

This rarely fell below 87.0 through the Labor period, even during the devastating global financial crisis.

The final falsehood in the minister’s release is to attack Labor — whose record is much better than the Coalition’s on jobs and on all variables reflecting the wellbeing of the majority.

In fact, when we compare the employment levels under Labor — when Shorten was minister for workplace relations — we see Australia ranked sixth in the developed world on the provision of jobs. Now, in contrast, Australia ranks 16th. (Based on comparisons with member countries of the Organisation of Economic Cooperation and Development.)

Most indicators of the wellbeing of the majority of Australians — jobs, wages, pensions, cost of living, household disposable income, household debt — confirm that there are now two economies in parallel. The rich are doing nicely, thank you very much, with more and more of the nation’s vast wealth and expanding total income accruing to them.

But the vast majority are progressively getting poorer. 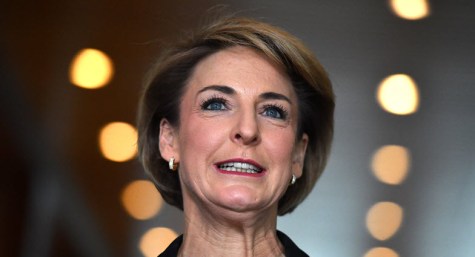 Michaelia Cash says Australia’s employment figures are just peachy. They are not. 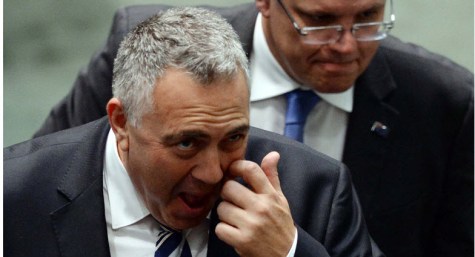 The reason I subscribe to Crikey is this sort of digging behind the media release or orchestrated media conference. Keep up the good work and more power to your arm. The comments we have heard this year about the sustained lack of wages growth makes the talking up of employment numbers ring pretty hollow even before they are put into perspective.

Calling a spade a spade. In work an hour a week is a sick joke as a statistic. Slave work like CDP and PaTH is just that, slavery. Cash deserves to be exposed, as her union bashing destroys the economy, and hope.

I know Alan prefers to work with the ABS stats because he is using the government’s own stats against them. I have always preferred Roy Morgan’s statistical methodology which disagrees with the ABS for clearly articulated reasons. (Read them for yourself). It states unemployment for August was 10.2% (1.324 million). Also, 1.241 million Australians were under-employed in August (9.5% of the workforce). A total of 2.565 million Australians (19.7% of the workforce) looking for work. I believe the stats for September have come out but I had these stats quickly on hand from researching it earlier. While the numbers move up and down marginally, it has been this way for a long while. The government is doing little to improve Jobs and Growth as they claimed they were the party of. As Alan says, the only real currency in work is part-time work and even that is hard to find, given the competition for jobs the under and unemployed numbers represent. Keeping these people below the poverty line in this country with the pathetic welfare assistance offerered is not going to build the growth of this nation of the hopes for its people.