Why has the euthanasia debate been less feral than that of marriage equality?

The battle surrounding assisted-dying legislation has been muted compared to the fist-fight that has been the push for marriage equality.

Back in September, Quadrant writer Geoffrey Luck decided somebody had to say it. “LGBTQIA people are not only not normal, they are not natural,” Luck wrote, repeating something that many people have said, thought, and written, over hundreds of years. Those supporting a Yes vote in the marriage survey, he added, were part of a “totalitarian movement”.

Even at the point of greatest tension and conflict, as former prime ministers make their last ditch interventions and MPs filibuster through the night, advocates on both sides of Victoria’s assisted dying debate say the hugely consequential proposal has been largely absent of this sort of vitriol demonstrated during national marriage equality debate. It passed the lower house this morning 47-37 after a marathon overnight sitting, and will now be debated in the upper house.

One staffer who works for a pro-euthanasia MP in NSW — where new laws are also being debated — told Crikey they are inundated with fury over issues like marriage equality and the Safe Schools program (which has already been dropped in the state) while objections to euthanasia are not accompanied by the same “fire and brimstone shit”. Various supporters of the Victorian bill said they had not seen other conservative talking points about identity politics, free speech, and “cultural Marxism” spill over into the debate.

Some explain the difference by pointing to the political difficulties associated with attacking the sick, generally older faces of the assisted dying campaign.

“I think we, on the no side, are more careful and empathetic in the [euthanasia debate] than the same-sex marriage one,” Bioethics Professor Margaret Somerville told Crikey.  “Especially as those on the yes side of the [euthanasia] debate base their view on terrible personal experiences, and we all have a common goal of the relief of suffering. We just disagree what are and are not ethical ways to do that.”

On top of this, there are structural issues at play. Euthanasia remains a state issue, unable to attract the same broad attention of marriage equality or Safe Schools. The current debate is also playing out in Victoria which, a number of advocates noted, generally sits to the left of Australia’s political centre.

While the marriage equality survey was spawned by internal brawls in the Coalition, the Victorian bill is the result of two significant consultation processes and has the backing of the government.

Further, the lines of battle on euthanasia are complicated by a strong left critique and division within disability advocacy circles.

Yet the major roadblock to assisted dying laws in Australia — like same-sex marriage — is the opposition of religious and conservative groups, and another potential explanation for the less fractious Victorian debate is that groups have been tied-up in the marriage survey.

Reached by phone earlier this week, Victorian director of the Australian Christian Lobby Dan Flynn denied his organisation had been forced to split its resources. The director of media and communications at the Catholic Archdiocese of Melbourne, Shane Healy, told Crikey the Church would not have campaigned any harder against the euthanasia bill if there had not been any marriage survey. The Church sent a pastoral letter to at least a quarter of a million parishioners last week, asking them to “pray” that the bill is defeated.

“I’m not seeing men in long black dresses cavorting down the corridors of parliament, this is being done behind the scenes,” she said.

The fact that parliament rather than the public will decide the fate of the Victorian euthanasia proposal also partially explains why the debate has been more contained, with the sledges and slights being delivered directly to MPs behind closed doors — and in erroneously directed text messages. 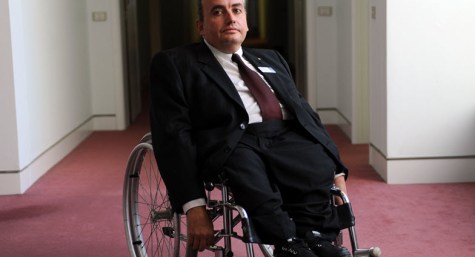 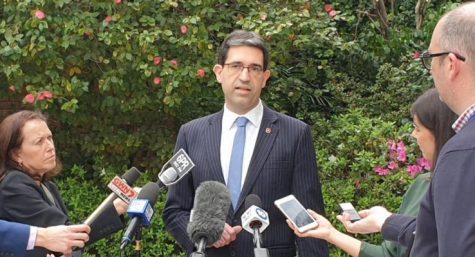 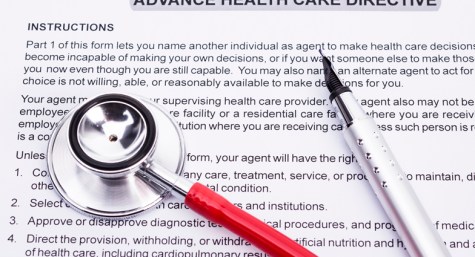 “The Church sent a pastoral letter to at least a quarter of a million parishioners last week, asking them to “pray” that the bill is defeated.” That worked well!!!!!!!
That people who believe in this stupidity are trying to impose it on the rest of us is a real worry and should be called out at every opportunity.
Re “…former Prime Ministers…”, the Archbishops have obviously been hitting the phones.

1) I wish I could read the article but Crikey’s latest ad. prevents me fom reading it.
2) I never thought I’d criticise Paul Keating but the last minute article he wrote against the Assisted Dying Bill in Victoria revealed a man unable to rise above his religious beliefs. 0 out of 10 Paul Keating.

Yeah I’ve been disappointed with the MPs and other public figures opposing it purely (it seems) on the basis of being Catholic. As people generally don’t choose their religion but inherit it, they should be able to rise above its diktats and think for themselves. Not necessarily saying these individuals haven’t come to an anti-VAD position by themselves, but I have my doubts.

Actually good economical result for the State of Victoria- those with less than 1 year to live will not require expert treatment facilities no hospital bed stay, can be moved to lower cost bed . The high cost of chemotherapy will be saved and therefore lower skilled work force will save on wages. So costs can substantially be reduced . Now doctors will be able to issue certificates of life expectancy and the state can then cease funding chemotherapy in the deemed final year.

@Desmond Graham: I think yours is probably the most disgusting, moronic, immoral, post I’ve ever seen on Crikey. To imply that the only motivation of those seeking passage of assisted dying laws is financial is deeply offensive to any of us who’ve lost in agony someone we love.

Desmond’s just making one of the same points Rundle argued yesterday. The state’s motives are different in kind to those of individuals, and demand always the very deepest of suspicion. It says nothing about the motivation of supporters of VAD to observe that the neoliberal state certainly won’t say no to fewer public palliative care patients (particularly as the Boomers demographic wave begins to break over the public health system). Nothing immoral or moronic about it. It’s just a fact, and the very pressure that a VAD system will have to be micro-policed into perpetuity to resist.

From reading professional opinions – proper first class palliative care does not require a euthanasia law – but first class palliative services ARE very expensive, so euthanasia IS a more economical method. That also begs the question if euthanasia is to be the outcome when does one cease chemotherapy as chemotherapy is very expensive , one dose costing $100,000 insome cases I have read . Laws enacted by pollies because they have experienced an emotional event is bad for the general governance. It is self interest- if applied in less emotive context would create a public backlash – look at NSW ministers and coal mining leases they have interest in, pollies who have an an interest with land developers. So when you strip the emotion out of it -objectively it is bad legislative process.

That also begs the question if euthanasia is to be the outcome when does one cease chemotherapy as chemotherapy is very expensive , one dose costing $100,000 insome cases I have read .

When the patient decides.

As someone else said. Which part of “voluntary” do you struggle with ?

Society has even less right to demand I stay alive to sooth its collective conscience, than it does to demand I die.

voluntary means suicide – not to impose a duty on some else to kill you.

A predictably dishonest twist. Who is being compelled to kill ?

What part of the word “voluntary” don’t you understand?

I dunno. Andrew Denton wasn’t thrilled when I noted in this article that I wished the late Stella Young was still with us to kick his arse. https://www.crikey.com.au/2016/05/17/why-i-dont-support-euthanasia/
His email to me about it was titled “A good kick in the Netherlands”.
I think that the debate would have been very different if Stella was still here to participate in it, by the way. From my conversations on the topic, she led quite a few left-wing people (who support the Greens on other social justice issues) to shift their ground regarding euthanasia. I’ve been missing her very much this week.

The intervention of AMA President Gannon and the comeback from Vic AMA has been a fascinating sideline brawl to watch. Bet many members wish they had Brian Owler, back in the seat, who has just come out in support of the Vic Govt Bill. http://www.abc.net.au/news/2017-10-18/ama-apologises-to-mps-for-euthanasia-comments/9061736