Coalition racks up yet another energy policy, this one more to Abbott’s taste

The government's new energy regulation-based energy policy isn't about trying to avoid a fight with Tony Abbott -- but instead about a desperate government that needs a political weapon.

The government’s energy policy, born in chaos, division and retreat, hasn’t been driven by fear of Tony Abbott so much as the desperation of a government that for the best part of a year has been stuck well adrift of its opponents in every poll. But it’s a win for Tony Abbott’s style of politics and his ideology.

Note how the Coalition, over the last decade, has abandoned policy after policy on energy. As Tony Abbott used to boast, the Renewable Energy Target, a regulatory mechanism mixed with a pricing mechanism, was a creation of the Howard government. John Howard went to the 2007 election promising the world’s most comprehensive emissions trading scheme. That was the first policy thrown overboard, in 2009 when Abbott knocked off Malcolm Turnbull. Abbott then adopted “direct action” for several years, but that was defunded after three years by the Turnbull government in a tacit admission that Greg Hunt’s “soil magic” was a colossal waste of money. Abbott stuck to the RET for several years, as well — that boast about the Howard legacy was in 2013 — before trying to abandon it, then abandoning the attempt to abandon it, and compromising with Labor — for which he thanked them in Parliament — to settle on an amended RET. Turnbull himself has tried out several policies, including lauding a Clean Energy Target, before settling on what appears to be a regulation-only approach to emissions and reliability. Along the way, his government has gone from castigating Labor for suggesting a national interest test on LNG exports to establishing its own far more draconian domestic reservation policy. The Coalition has had about as many position on energy policy as Tony Abbott has had on climate change.

The abandonment of any market mechanism on energy by the party of markets is complete. And that’s exactly the direction Tony Abbott — regardless of his eternally shifting views on climate — has always pushed it in. Like his approach to fiscal policy, Abbott’s instincts are always about more and bigger government.

More importantly, the policy will also provide the government with what it believes is a policy weapon with which to defeat Labor — portraying the opposition as the reckless party of renewables who will plunge Australia into darkness and inflate everyone’s energy bill. The government is desperate for anything that will allow it — once the citizenship crisis and marriage equality issue are put to bed — to assail Labor. This is the crucial point that explains the government’s energy policy. Bipartisan certainty that will drive investment, and meeting the emissions abatement targets we signed up to at Paris, are second-order issues — and a distant second at best. This is about political survival.

Problem is, the government’s survival doesn’t have very much to do with energy policy. But it has an awful lot to do with Tony Abbott. Don’t expect the ex-PM to stop talking any time soon. 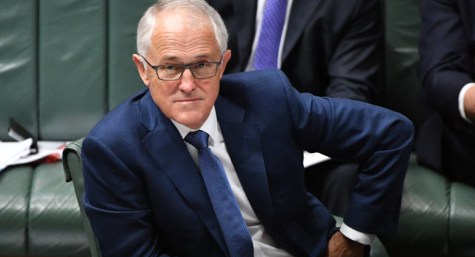 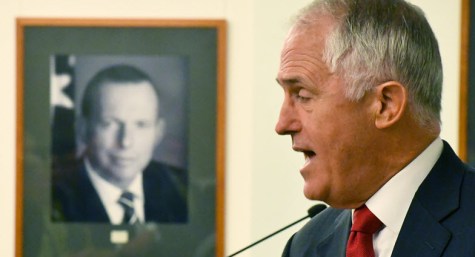 LET the fight begin — Turnbull must defeat Abbott over energy 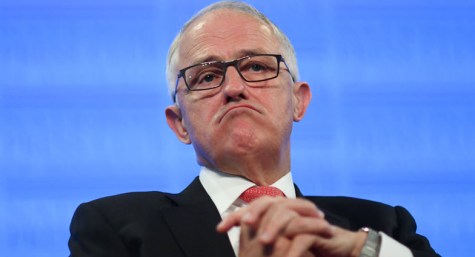 The problem may be ourselves, rather than our politicians. We have universally given the thumbs down to coal as too dirty, gas extraction has been obstructed in every state and territory, and nuclear is shunned as a new-fangled evil. On top of that, we want to exterminate all use of fossil carbon. We have a Prohibition mentality.

To ask our politicians to provide us with baseload on these conditions is a bit rich.

Unconventional gas extraction is problematic. And there is plenty of gas for Australia’s requirements as is.

The problem is that coal is too dirty, and that new coal fired plants are not viable because they are costly. And coal fired power stations are not flexible enough to fit with demand.

Nuclear is unnecessary and costly. And also not very flexible.

It is the politicians that have created this mess, by privatising assets, by not having a transition plan and by not having a framework which gives certainty for investors.

(It will be ironic if teh government plan talks about dispatchability, as that criteria will not be met with coal fired power stations, or nuclear power stations. It will be by pumped hydro, traditional hydro, batteries, open cycle gas turbines, solar thermal with heat storage, etc.)

Yes, I should not have left out “renewable baseload”. Retailers could market renewable baseload into the grid by continuously negotiating balance between wind farmers and pumped hydro, traditional hydro, batteries, solar thermal with heat storage, supercapacitors, et cetera. A hefty carbon tax would help.

Baseload doesn’t have to be particularly flexible, but it does have to be free of fossil carbon, eventually. Whatever carbon pricing scheme we end up with, it must make fossil carbon progressively more and more expensive. So if our electricity is generated from gas, we should expect high prices now and as long as we have gas generators.

The whole idea of this is to not have a carbon price. And thus allow investment in coal fired power stations while stopping renewables in their tracks.

Which means there won’t be an uptake in investment, and when teh old power plants die, as they inevitably will, we will be up a certain creek without a paddle.

Maybe they just need to sacrifice another goat?

This government is so incompetent that people who I know are hoping that the NBN comes to them as late as possible.
Similarly, I do not think the energy policy that has been worked out today is going to reduce electricity prices nor is it going to reduce emissions. All this snake oil is for the LNP to win the next election. It is just contempt for voters and treating them as fools.

And the foolish voters like to vote for the LNP; providing there is a nifty slogan. The LNP know that the majority of voters are fools.

Which is why it is a winning strategy. “Not all conservatives are stupid but stupid people are usually conservative.”

Coal subsidisation – that we will have to pay for ……
MT vessels make the most noise – “I will not lead a party that is not as committed to effective action on climate change as I am”?
…. Is Wentworth “a gold-fish bowl at the other end of the chiffonier”?
He thinks we don’t have memories?

LNP new energy policy may save me $100 per year … whoopy do! … duh … I’d rather have Turnbull back a lot more clean green energy …

Wow! Ath.,
$100 per year. In fact Jo Friedburger was promoting UP TO $115 per year on the cretiniser tonite.
That is a whole $9 per month if you’re lucky – I’m jumping out of my skin with excitement.

“Fraudburgher”? $115/year? That’s hardly “a sandwich and a milk-shake” a month.
Meanwhile Kerry Schott refused to endorse/guarantee any such over-egged political hyperbolic bullshit on Lameline tonight.