Trump-backing US Congressman in hot water over Aussie company

A US Congressional ethics oversight body says New York Republican House of Representatives member Chris Collins may have broken US federal law when he took actions to help listed Australian biotech Innate Immunotherapeutics, in which Collins holds a big stake.

According to a report on Friday morning The Office of Congressional Ethics said that Collins may have shared material, nonpublic information in Innate (IIL, +6.90% INNMF, +4.09%) and that he may have purchased discounted stock, not offered to the public, because he was a member of the House of Representatives. He is also a member of the House health Commitee.

Collins is a director of the company and CNN points out that he was the first Republican on Capitol Hill to endorse Donald Trump’s presidential campaign.

The watchdog also said that Collins requested that an employee of America’s National Institutes of Health discuss clinical trial designs with Innate employees. If he took or requested official actions that would assist a single entity in which he held a significant financial interest, he may have violated House rules, Marketwatch pointed out.

The House of Representatives Ethics Committee said it was extending a review into the matter. The reports so far and suggestions of possible breaches of US laws will interest Australia’s corporate regulator, Australian Securities and Investments Commission.

Collins owns a 17% stake in Innate and is the company’s biggest shareholder. In June it suffered a major setback when the shares plunged 92% in a day to just 5 cents after a revealing mid-stage clinical trial miss for its experimental treatment for multiple sclerosis. The Australian Financial Review said the fall cost Collins $A22 million.

Innate shares rose through the latter months of 2016, peaking at a high of $1.77 a share on January 25 this year. They closed at 3.1 cents on Thursday, down on the level after the June collapse and off 97% for the year so far. That makes the stock one of the worst performers on the ASX this year.

According to an Australian Financial Review report Collins said in an emailed statement, “for those that invested in Innate including me, we all were sophisticated investors who were aware of the inherent risk.” But if the US Congressional ethics body is right, Representative Collins didn’t quite like the “inherent risk” and took steps to try and tilt the playing field a little. 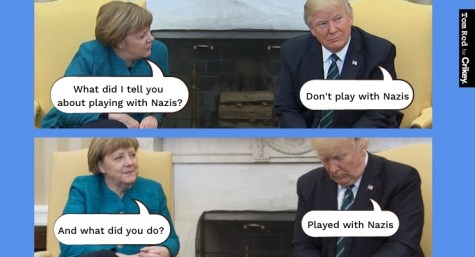 Did the ICAA change its mind over Greg Lay?