Vale Lateline, a stalwart of ABC news and current affairs

Lateline has been a stalwart of the ABC lineup for many years. Crikey looks back at its heyday.

Heavy-hitting ABC program Lateline has limped to its end, with the ABC yesterday announcing it was cutting the show after 27 years on air.

The death knell was sounded when, as part of wide-ranging budget cut measures at the public broadcaster, the program was moved to the ABC News Channel for its first broadcast each night at 9.30pm. ABC management talked down reports earlier this year that it would be axed, but the continued cutting of resources to the program said otherwise.

Leigh Sales, current host of 7.30, and a previous Lateline host, yesterday tweeted that the show would “go down as one of the great programs in the history of ABC current affairs and Australian journalism”.

In almost 30 years, the program won eight Walkley awards — five of them had long-time host Tony Jones on the team. Jones had taken a leave of absence from the program this year to work on a book, but had worked on the program since 1999.

Jones told Sydney north shore lifestyle magazine Shore Life in 2015 that his most memorable work on the program was the series of reports and interviews Lateline conducted in 2006 about the Mutitjulu community in the Northern Territory, including a confronting interview with crown prosecutor Nanette Rogers. The controversial reports of sexual abuse of children in the community were, in part, responsible for the federal government’s NT intervention. 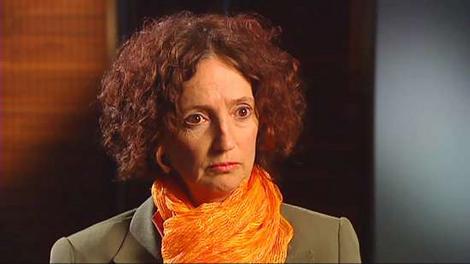 In November 2012, a Lateline report of explosive allegations by a former priest and NSW police detective Peter Fox prompted Julia Gillard’s government to announce the Royal Commission into Institutional Responses to Child Sexual Abuse. That report won the program a Walkley Award. 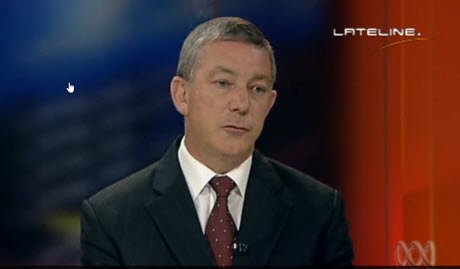 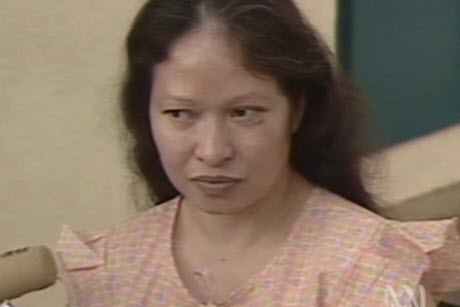 In 2002, O’Neill’s report on life inside the Curtin Detention Centre for asylum seekers also won a Walkley Award.

The list of past presenters of the show is a roll-call of ABC royalty. Kerry O’Brien, Maxine McKew, Virginia Trioli, Ticky Fullerton and Ali Moore, as well as Sales, Jones and current presenter Emma Alberici, have all done stints behind the desk. 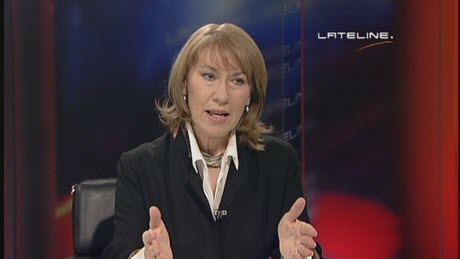 The ABC announced the program would be cut in order to put more resources into its new specialist and investigative reporting teams. Alberici has been made chief economics correspondent, which the ABC says is evidence of its commitment to specialised reporting.

Thank you Malcolm, you arsehole..!!!!
Labor had better fix our ABC back up as a high priority when it gets back into power – this rot has gone far enough.

I’m not surprised. Over the last year Lateline has become almost unwatchable. The average program now only has 1 political story, interview or expose, with the rest of the hour padded out or dumbed down with human interest or medical sob stories, more akin, up to now, with ‘news’ programs on other channels. I wouldn’t be surprised to see a similarly depleted 7.30 Report go next.

Bref,
Bias is one thing, shutting down competent analysis is something else: autocracy gone mad. Democracy suffers when free speech is restricted!

I didn’t mention bias. I’m disappointed that human interest, celebrity or medical stories are padding out the time in what hitherto were hard hitting commentary or interviews.

Since it was Salesed … sold? 7.30 has been reduced to A Currant Bun/Barcelona Tonight levels of value.
I hope that ‘guthried’ becomes Macquarie’s new word for 2017 – it is appropriate for the effect which is pretty all encompassing.

Lateline’s terrific coverage of Perestroika events in 1989/90 caused me to buy a VCR so I could watch it at a more convenient hour. Since then, Lateline and all of my other viewing have been off-line. Subsequent DVRs allowed me to fast forward through the boring bits and some even had a special facility for me to endlessly rerun the juicy bits. Must have been designed especially to watch Lateline!

For the past couple years I have recorded Lateline & watched it the following morning rather than be subjected to ABC24 Breakfast.

Over its lifetime several Lateline hosts have been stellar – Kerry O’Brien & Tony Jones in particular. The latter’s interviews with Christopher Hitchens were highly anticipated treats, especially when Hitchens was in a foul mood or under the weather.

Your story doesn’t mention the connected basis of the Mutitjulu story and its use by Brough and Howard as cover for the NT Intervention. Nor Jones’ failure to respond to revelations about the government staffer who posed as an independent whistleblower for his program.
However it is a shame to see the programme go for the reasons expressed in the article.

That should have been confected.

Vale Lateline and its proud tradition. Also a sad reminder,as your coverage indicates, that death by a thousand cuts is always painful. The impact of the severe budget cuts was very noticeable. Gone was the strong emphasis on in-depth interviews with global thought leaders which was a distinguishing feature of the early days, sadly replaced by too many lower cost local current affairs stories. Emma Alberici remained an absolute class act and more recently the assignment of Matt Wordsworth as political correspondent was prefect and a delightful balance with Emma. Put simply the Lateline crew did what it could with an indequate budget.
We can only hope the 2018 new arrangements will deliver what it is claimed they will. Lateline will leave a fine legacy.

I agree with everything you’ve said Chris. I fear they won’t deliver on their claims though, as they already had a fine format, tradition and credence. And. They. Trashed. It.
I can’t see a new, cheaper program will miraculously deliver something they already had, no, I see lots of cheap ‘Australian Story’ and ‘lifestyle’ type programs coming where ‘balance’ and ‘controversy’ won’t be an issue.