Bonsai of the Vanities: sitting in stunned silence at Mark Latham’s book launch

It was a great audience: fewer than 100 people sandwiched into a small room at Sydney’s Intercontinental Hotel, overwhelmingly middle-aged, male and white.

Alan Jones can actually talk without breathing for over a minute. I know this because I timed him this morning, speaking at the launch of Mark Latham’s book Outsiders.

Jones, 76, talked for 35 minutes about the book’s contents: political correctness, the Human Rights Commission, Safe Schools, the ABC, Islam, radical feminism, free speech — a kind of roll-call of all the usual targets of the alt-lite. Anyone who’s read Andrew Bolt or watched any of the late-night chat shows on Sky News would know the script. Isn’t it time for them to find some new topics? What about speaking truth to power for a change, instead of continually punching down?

It was a great audience, though; fewer than 100 people sandwiched into a small room at Sydney’s Intercontinental Hotel, overwhelmingly middle-aged, male and white. Publicist Max Markson — more famous for promoting “Australia’s biggest belly flop competition”, or some such — was in evidence, saying that daughter (News Corp journalist) Sharri “couldn’t make it”. Adding a touch of glamour was Jones’ favourite ICAC litigant Margaret Cunneen, whose battles with authority have turned her into a kind of modern martyr for Australian conservatives.

Most of Latham’s Sky panellists were also there: Ross Cameron, Rowan Dean (and the other one with the big neck whose name I can’t remember). Helen Dale (formerly Demidenko) turned up, no doubt in preparation for her own book launch next week, where her former boss Senator David Leyonhjelm is doing the honours. To complete the circle, Latham is launching Leyonhjelm’s own book in Sydney next Tuesday — Crikey readers, your Christmas lists are sorted!

Jones said that we were heading for a “borderless world of genderless individuals” and that he was looking forward to a world where people would not be judged by the “colour of their skin or the shape of their genitals”. (I’m pretty sure that Martin Luther King Jr didn’t mention anyone’s genitals — either colour or shape — but happy to be corrected.) 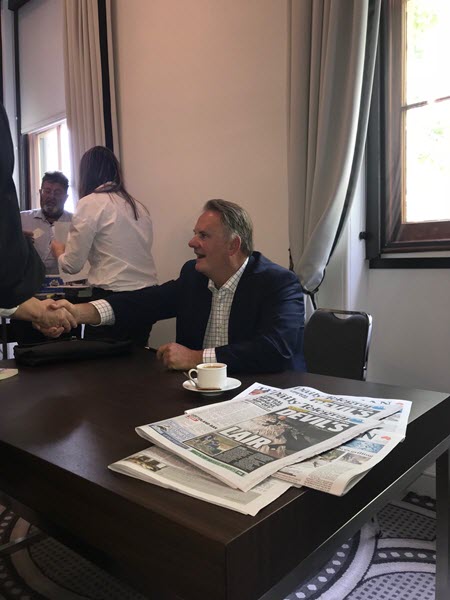 Jones said that Malcolm Turnbull was the most “radically leftist and divisive Prime Minister in Australia’s history” and that he was the “political equivalent of a cud-chewing cow watching the passing traffic”.

Bill Shorten, he said, believed in a “fairy-dust doctrine of inclusive prosperity”… and then it was back to the usual stuff about “post-structuralist Marxism being the biggest threat to Western civilisation” and so on.

The main problem I have with Latham and Jones et al is not so much with the content of their ravings (which is pretty bad) but with the fact that they are such intellectual pygmies. Anyone who is interested in the world of conservatism and the alt-right — which, post-Trump and Breitbart, we all should be — can now read some really good writing on the topic.

One of them is Angela Nagle’s book, Kill All Normies: Online Culture Wars from 4Chan and Tumblr to Trump and the Alt-Right. In it she says that the alt-right is, to varying degrees, preoccupied with IQ, European demographic and civilisational decline, cultural decadence, cultural Marxism, anti-egalitarianism and Islamification.

“Most importantly,” she says, they are focused on “creating an alternative to the right-wing conservative establishment, who they dismiss as ‘cuckservative’ for their soft Christian passivity and for metaphorically cuckolding their womenfolk/nation/race to the non-white foreign invader.”

In Milo Yiannopoulos and Allum Bokhari’s book An Establishment Conservative’s Guide to the Alt-Right they trace the intellectual roots of the alt-right back to key intellectuals like Oswald Spengler, the German philosopher who wrote The Decline of the West in 1918, H.L. Mencken, the US satirist and cultural critic and the French New Right, who adapted the theories of Antonio Gramsci that political change follows cultural and social change. When Latham — whose thoughts are more Instagram than Gramsci — can only produce a laundry list of grievances, it’s not good enough.

Latham did go on about skin colour, quoting a university seminar for people who were “white or identified as white”. Pointing to his face, which was “white”, he became so red and flushed I became concerned about his blood pressure. He then added that he had removed his 10-year-old daughter from the public education system — with its “snowflake culture” — and sent her to a school where she sat a maths and an English test every morning before class. Hopefully, in a few years time, I’ll be attending the launch of the Junior Latham’s own book: Daddy Dearest. 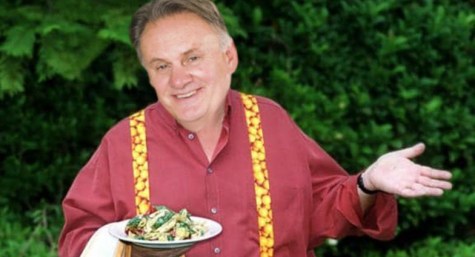 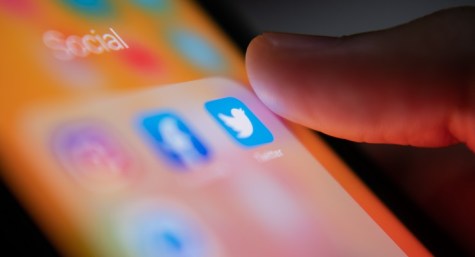 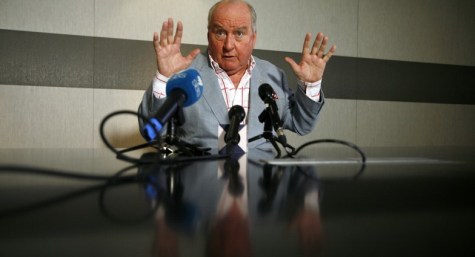 How Alan Jones embarrassed the industry he was advocating for

ROTFL Gosh I enjoyed that Margot.
So glad I won’t have to join the exclusive 100+ club and actually buy Latham’s book.

Good one Margot and funny too. I almost wish I had been going to buy Latham’s book just so I could have cancelled the order.

Christ these people are tragic. Imagine having to invent a whole conspiracy against people of your gender/skin colour/whatever just to feel important and hard done by. They need to take up some hobbies or yoga or anything really.

I think the remark was directed to a higher being than you Margot.

You are right. Mustn’t read the comments after I’ve had a glass of wine…

Nice photo shot of the daily craploids spread across Latham’s coffee table. Is it any wonder that the philosophy filthed-out by these “intellectual pygmies” is nothing but circular and self-serving.
And Jones really should stay away from topics that involve ‘genitals’.

Totally agree with that…