No notes on a scandal. Cast your mind back to 2002 — that’s when a two-year-old Crikey put its name on the map by stealing Laurie Oakes’ thunder and revealing the affair between then-federal politicians Gareth Evans and Cheryl Kernot, before the press gallery doyen outed the pair on the Nine News 6pm bulletin. Oakes justified reporting on the relationship, which had ended years before and had been widely talked of in the press gallery, because Kernot’s book released at the time didn’t mention it, meaning it was “based on a falsehood”.

Now Evans has released a memoir Incorrigible Optimist: A political memoir (which doesn’t purport to be tell-all), and it also doesn’t cover the affair. Kernot is only mentioned in a section about dealing with crossbench parties including the Greens and the Democrats.

Monk’s Canberra connection? Viewers of the Bachelorette on Channel Ten tonight may soon notice a familiar name pop up: Stuart Laundy is set to be revealed as an “intruder” on the show where men vie to win the heart of Sophie Monk. The “publican playboy” (as he refers to himself) has been rumoured to be the one to steal Monk’s heart on the show. 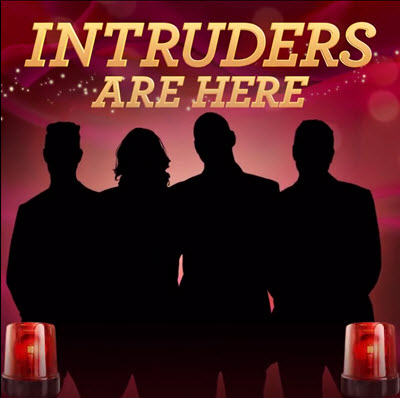 Has Crikey taken on a new type of gossip, we hear you ask. Not quite — it’s just that Laundy is the brother of Liberal MP Craig Laundy. The Sunday Telegraph reports the Laundys are heirs to a $500 million hotel fortune.

Stop the press. Word is that more redundancies are on the cards at News Corp Australia’s Chullora Print Centre in NSW over the next few months. A Crikey tipster says printing of local papers has been reshuffled, and the daily and Sunday editions of the Telegraph won’t be getting as many press runs due to dropping circulation. News Corp and the Australian Manufacturing Workers’ Union (which represents printers) did not respond to requests for comment from Ms Tips. Do you know more? Get in touch.

What’s behind AFL app problems? Yesterday, we reported on a tipster who had encountered serious and ongoing issues the WatchAFL app, Fox Sports’ service allowing fans outside Australia to watch live coverage of AFL games. As it turns out, our European tipster who encountered problems — both in Brussels and London — with the app (and the website) consistently crashing during live games was far from alone — we received many more reports of similar problems.

“I watched finals from France and Greece and it crashed constantly. I spent a lot of time watching a buffering symbol. When it did come back it often just reverted to some random part of the game. Luckily most games weren’t close so it didn’t matter. Port Eagles game crashed in last few minutes as did the Swans Crows regular season game which I ended up listening to on radio.”

“We watched the grand final on the AFL Fox Sports app and suffered frequent interruptions to the signal, particularly in the fist half, some of which were several minutes long including a 3-4 min interruption extending into half time. There were several interruptions in the second half but of a lesser duration. We were watching from Galway, Ireland.”

Another tipster encountered issues in Geneva, but did not report them, unsure if they were more to do with internet connection issues.

However, Foxtel said in a statement that problems with the app were rare and insisted there were no issues during the grand final: “This is the first year Fox Sports has produced the service and we are pleased with how it has gone. On the rare occasion that we have experienced an issue we have moved to correct it immediately so there is minimal disruption to customers.”

‘- it’s just that Laundy…’
Oh yes siree, Crikey, you most certainly have resorted to gossip. Leave it to News Corp, the experts.

Merely because Laundy is related to a politician is no basis on which to justify the above snippet/dross/tittle-tattle.

For the Garrulous Gareth’s book not to mention Kernot when their relationship did more than can be known to damage at least two parties, if not the body politic itself, suggests that his probity remains suss.
Anyone who talks as much as he does and says so little should be treated with contempt – his well paid champers-at-the-pointy-end lifestyle with D2P suggests a sinecure for services rendered during his political career.