Breakdown: how did so many outlets bungle news of Tom Petty’s ‘death’?

The news of rocker Tom Petty’s death swept through online news websites and social media this morning, Australian time, following reports from gossip site TMZ. Tributes were posted by celebs and prepared obituaries published. The problem, though, was that Petty was not actually dead — he had a cardiac arrest and was taken to hospital, but he was still alive.

The death was reported by US network CBS — a network that prides itself on its news coverage — after the Los Angeles Police Department confirmed the news. CBS and Variety both reported the death early on, saying they had confirmed it with their sources. 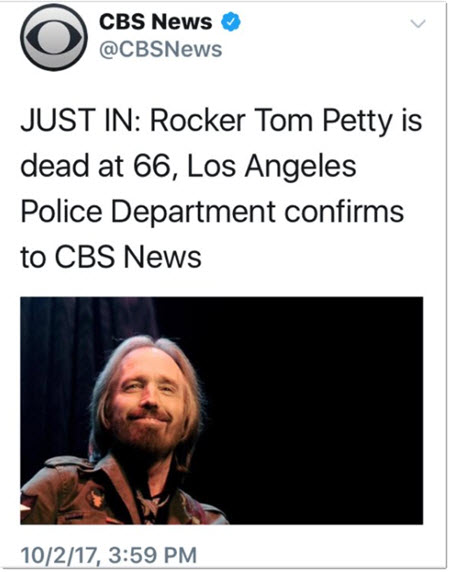 But LAPD has since walked back its confirmation, tweeting that information was “inadvertantly (sic) provided to some media sources”, it wasn’t involved in any official investigation, and “apologize for any inconvenience in this reporting”. 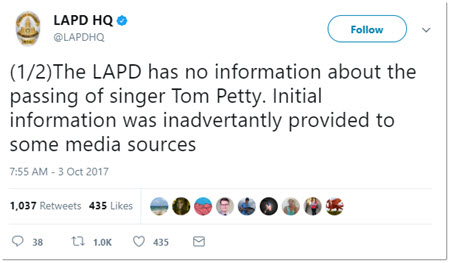 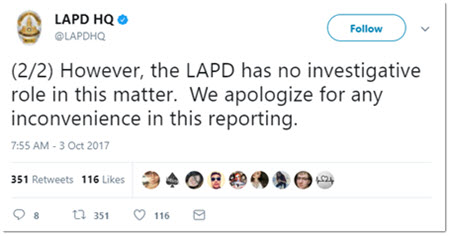 CBS deleted its tweet reporting the death and updated its story, as did Variety. But the damage had already been done, with outlets relying on either the police confirmation or reports in reputable news sources. CNN, The Guardian, USA Today, Rolling Stone and many others reported Petty’s death as fact. 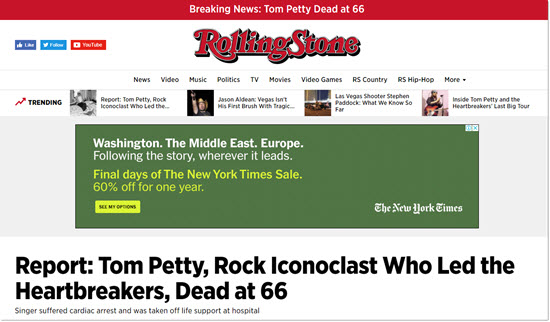 The New York Daily News‘s story was still online late this morning, citing CBS’ confirmation that the rocker was dead.

But most stories and tweets have added the LAPD’s more recent (and accurate) advice and the “update” that Petty is not actually dead yet: 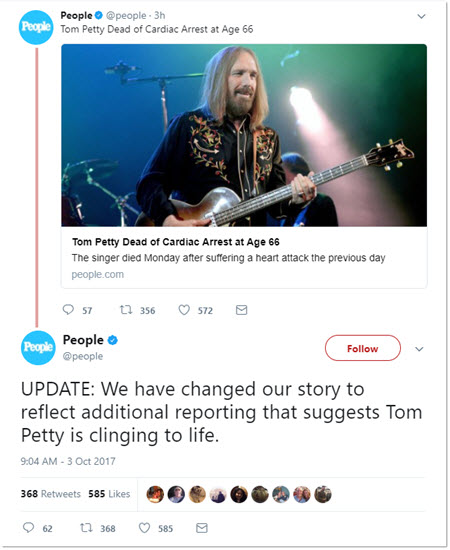 And their stories have added corrections to their previous reports, as The Guardian has in this report:

TMZ, which first reported Petty had been taken to hospital, is now reporting that he’s not expected to live through the day, but — like other outlets — has not had official comment from any of Petty’s representatives.

Or Tom just wanted to make a quick buck off of the huge sales boon that a passing artist is to music labels, PRIOR to his actual death… think outside the square a bit people…

Yep – The Dead Wilburys with George and Roy.

It’s hard to blame the media outlets if the LAPD confirmed it….or did I read that wrong?

Um. Down time of >20min at non-subzero temperatures – as my brother, who was a Medical Examiner (Forensic Pathologist) in New Mexico had on his running shirt: “You ain’t dead till we say so”.

OK, so the reports of his death were a bit premature.
But only a tiny bit.

And now the reports are that he went into cardiac arrest and could not be revived. Sounds like he was dead all along to me.