Seven's "misinformation campaign" ... another problem with the F35 ... pollies show their true colours ...

Seven’s ‘misinformation’ campaign. Nine’s Europe correspondent Seb Costello has been back at work for three weeks, but rumours are still flying about what prompted apparently last-minute annual leave after a few weeks covering international breaking news (including Cocaine Cassie in Bogota, and terrorist attacks in the UK and Barcelona). Costello is the son of former treasurer Peter Costello, and gossip column reports said the younger Costello had failed to show for a shift and appear in live-crosses from Barcelona. But Nine has been consistent on its explanation: after a busy few weeks, Costello took some annual leave that was owed to him. A spokesman repeated the same to Crikey this morning, adding: “We are aware that Seven has been spreading misinformation to various journalists. If they’ve been in touch with you, don’t fall for it.”

A virtuous circle of terrible planes. Capitalism reaches its zenith when companies can not merely make money from their products, but make money from the problems their products cause. Sell the problem and sell the solution — a virtuous circle of profit that enables you to get em coming, and get ’em going. So kudos to defence giant Lockheed, manufacturer of the Flying Heap of Crap, the F-35: it has scored a new contract from the Pentagon to ‘– you’ll never guess — fix cost blowouts in the F-35 program. “The Aeronautics division of Lockheed Martin Corporation (NYSE: LMT) was awarded a $60 million modification to a previous contract to identify and execute cost savings for the F-35 program, according to the U.S. Department of Defense,” Dallas Business Journal reported earlier this week. The news drove Lockheed’s share price to yet another record high — something the company’s price has routinely notched up in recent years as governments have stumbled over themselves to throw more money at the greatest boondoggle in aviation history.

That’s why Lockheed has massively outperformed the Nasdaq in recent years, rather than being punished for producing a plane as shoddy as the F-35.

Carn that local sport team. It’s the last Friday in September, so the baby-kissers wearing sportsball colours are at their annual peak. Here’s Ms Tips’ round up of vibrant shows of team pride from all sides of politics.

Famously not a sports lover, PM Malcolm Turnbull was sporting a yellow tie and cavorting with Richmond supporters on Friday morning. Turnbull recently got tangled in AFL affairs when Richmond player Bachar Houli got a lighter punishment from the tribunal after a character reference from Turnbull. 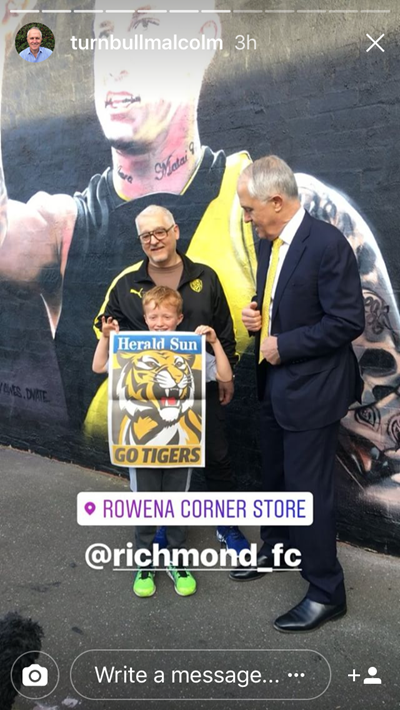 Yes campaigner and proud South Australian Christopher Pyne will be flying the flag on Saturday for the Crows. He’s been donning the yellow, black and red tie all week. 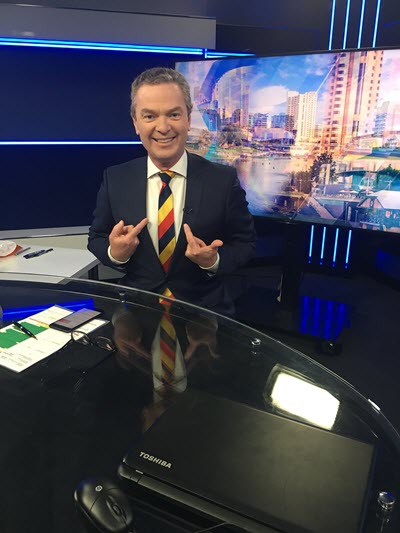 The longest-suffering Tigers fan in Parliament, Greens boss Richard Di Natale will join the cheers for his beloved team on Saturday. “I started barracking for Richmond because it sounds like my name,” he said in a social media video this week. 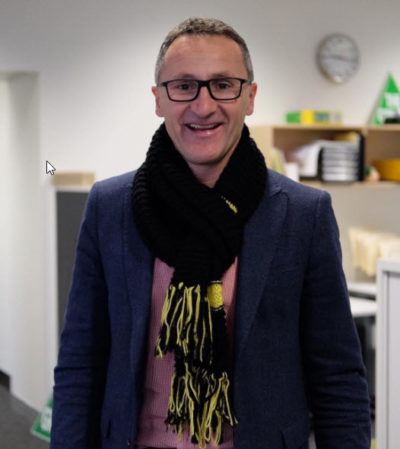 The member for Mayo and member of the Nick Xenophon Team Rebekha Sharkie is all about her Crows. Sharkie made a speech in Parliament to mark the beginning of the finals season, which she shared with the hashtag #weflyasone. 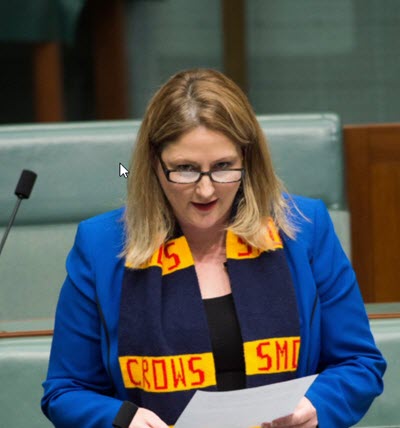 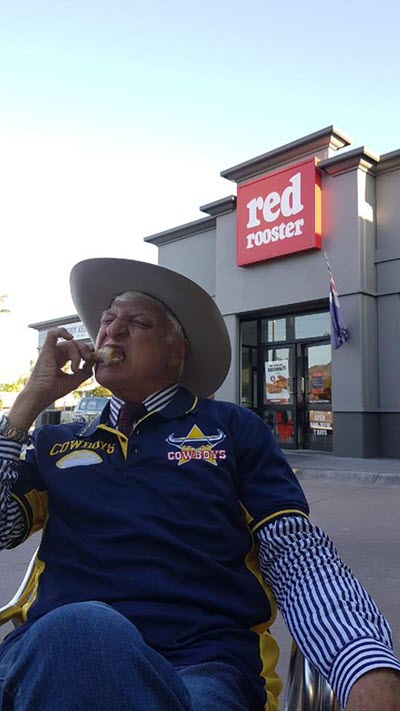 As a South Australian…and not a Crows fan…even I know that their team colours are red, NAVY and yellow.
Poodles appears to be wearing an Indigenous (colours) tie!!!

Nice pinky crook from the MadKatter – etiquette conscious at all times.