A new International Monetary Fund paper expands the view of what used to be the temple of international neoliberalism that inequality is growing, and dangerous.

In July, when the Treasurer was arguing the toss with Bill Shorten about whether inequality had worsened in Australia, perhaps the Prime Minister might have flicked to Scott Morrison the International Monetary Fund report he’d received a couple of weeks earlier, when he went to Germany for the G20 meeting. That paper, which was handed to world leaders before the meeting, would have satisfactorily resolved the issue for both sides: it shows that in Australia, inequality as measured by the Gini co-efficient has significantly worsened since 1990, but it improved slightly in the period 2009-13.

Although, on reflection, that’s probably not the message Morrison wanted to convey either, but there you go. 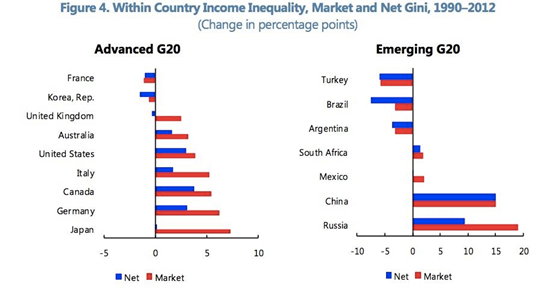 Using that paper, last week the IMF strengthened its conclusions about inequality and its role in undermining growth. Long the institutional ground zero of neoliberalism, in recent years the IMF has changed its approach considerably: it still advocates market-based policies, but from 2014 began to focus its attention on the negative impacts of neoliberalism and in particular the damaging role that inequality plays in both developing and developed economies.

Last week’s paper reinforces that countries that have higher inequality as measured by the Gini index tend to have lower growth, and also tend to have shorter periods of high growth.

It also points to the need to be clear about how we measure inequality. Inequality between countries has been narrowing in recent decades as developing countries grew and absolute poverty declined (something critics of neoliberalism aren’t anxious to admit). However, within most countries, inequality grew, so much so that it is starting to affect economic growth. The July paper expanded the IMF’s view of the links between inequality and slower growth:

And each of these, in addition to undermining economic growth, become self-reinforcing for inequality as well.

The IMF still backs free trade and globalised markets, while recognising that they have impacts in developed economies. “Technology, trade and financial integration have brought large benefits to many economies by driving productivity and growth and lifting millions out of poverty. Moreover, trade has lowered consumer prices to benefit low-income households, which spend a higher share of their incomes on traded goods. However, technology and, to a lesser extent, participation in global value chains (GVCs) and financial integration have also led to lower labor income shares in AEs [advanced economies].” That is, free trade is good for lifting the world’s poorest out of poverty, but hurts low-income earners in developed countries. 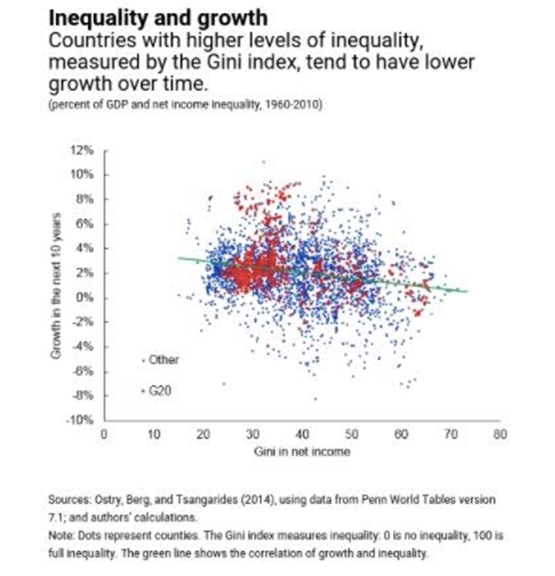 For decades, concepts like redistribution and progressive tax systems have been the fiscal equivalent of a dirty word in neoliberalism; the goal has always been to reward high-income earners and corporations by cutting taxes, rather than redistribute income. The IMF’s view now seems to be: let the market rip, but use taxation and welfare to dramatically reduce inequality. As the neoliberal shibboleths get chucked overboard one by one, maybe it’s time to return to the idea that we should be redistributing more of income than we are. 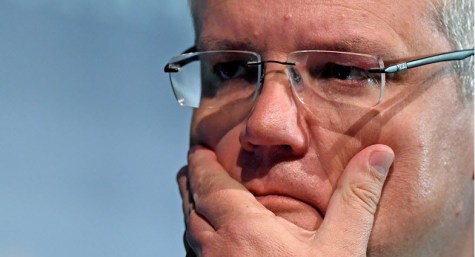 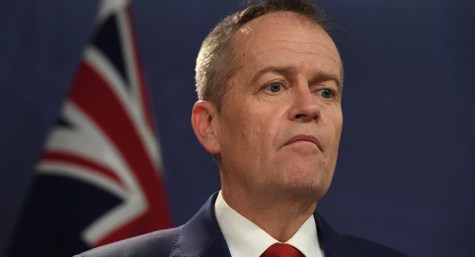 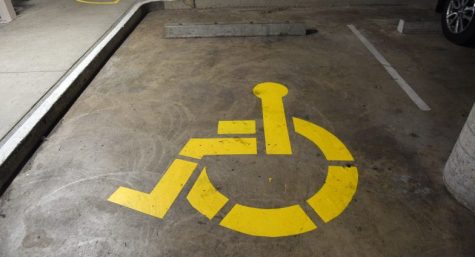 Neoliberalism and productivity in an age of populism

So, nations should let the market rip but redistribute more of the national income generated? What you’re not owning up to BK is the essential contradiction between these two prescriptions. Letting the market rip necessarily means facilitating bigger, stronger, more internationally mobile corporations. Not only don’t these multinational behemoths and their shareholders pay much tax, but they actively strive to reduce the power over them of nation states everywhere. Interventionist states – ones powerful enough to properly tax and redistribute national income – are anathema to these monstrous offspring of the free market. I mean, who do you think finances the right wing global media and think tank industry in its mission to destroy ‘big government’?! A free market and a fair society is a liberal fantasy totally unmoored from historical reality.

A lackluster article all round. Are you suggesting we need to reduce inequality globally or just locally? Free trade means exploiting cheap labour sources abroad where wages are kept artificially low by authoritarian governments, usually supported by the west. Millions of workers around the world are virtual slaves on the wages they earn, and harassed, jailed, or even killed if they protest. Yet growth in these economies is predicated on that inequality because they are undercutting everybody else. You didn’t mention that fact. Higher taxes here won’t fix that. Enforcing our obligations under the ILO, which demand fair trade, not free trade, would help these people, and would also protect jobs and wages here. But we do nothing, preferring to leave it up the goodwill of corporations. Not good enough.

Well, we know that cutting taxes to the wealthy makes it worse. We could try the other maybe?

The biggest lie in the neoliberal armada of lies, is the one that says that a few percentage points of tax has an inordinate effect on companies and people. Apparently someone will get a job if the tax rate is 29%, but not if it is 32%. Those 3 cents per dollar have magical powers of persuasion and motivation. (figures not real, but you get the drift)

Upwards revision of company and individual tax rates at the top end will have zero impact on activity while raising huge dollars. That is why this biggest lie is so strongly held to.

I’ve always lurved the ancient maxim, “unless those at the top are paid more they won’t work and unless those at the bottom are paid less they won’t work.” because it applies to individuals and megacorps.
Tax them and they’ll take their mines overseas, but unless we tax the bejasuz out of citizens and cut welfare there won’t be money to do… stuff.