Ben McCormack pleads guilty to child pornography charges. And other media tidbits of the day.

Today in Media Files, the ABC has been found to have breached its impartiality standard for the first time since 2011, and former A Current Affair journalist Ben McCormack has pleaded guilty to child pornography offences.

ABC breached impartiality requirements. The broadcasting regulator has found the ABC breached its impartiality requirements under its code for the first time since 2011. The ABC in Canberra broadcast a story in November last year about historical child sexual abuse allegations against the late Dr Vincent John Adams Flynn, conveying that the allegations were true and not noting his previous denials. The Australian Communications and Media Authority found the ABC breached the due impartiality standard, but didn’t find a breach of the standards that require accuracy, an opportunity to respond, or the attribution of information.

ACMA found that the language used in the report (including references to Flynn’s “secret life” and that “wealth hid a more sinister life”) showed a prejudgement:

“Although the reporter may have gathered information that raised questions about Dr Flynn’s conduct, particular care should have been taken not to allow the personal judgements of the reporter to affect the balance of the report, especially considering that the allegations were so very serious and remained untested by the courts … ACMA considers that the absence of the express denial (known by the ABC to have been made) is evidence that the ABC’s treatment of the issues concerning Dr Flynn was not fair-minded, and added to the perception that the report conveyed a prejudgement regarding Dr Flynn’s guilt and alleged history of child sexual abuse. “

Seven network culture questioned over cadet sacking. The ABC’s 7.30 program last night ran an audio recording of a human resources meeting with a cadet journalist at Seven in Adelaide, who says she was sacked after she made a sexual harassment complaint against a colleague. The report, by journalist Louise Milligan, said Amy Taeuber’s treatment demonstrated “a systemic culture at the network”. In the recording, Taeuber is told she isn’t allowed a support person in a disciplinary meeting with HR. 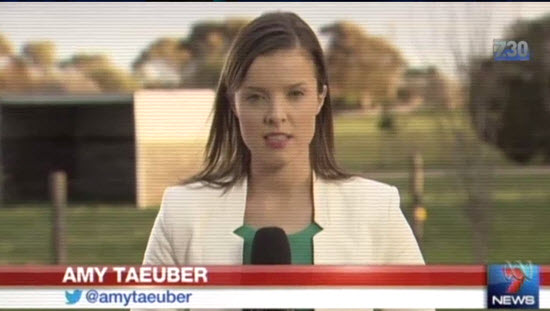 Journalist banned from political conference. A journalist has been banned from covering the Labour Party conference in the UK, but police won’t tell him why. Michael Segalov applied to be accredited to cover the event but was knocked back last week for not passing security checks. Segalov, news editor of lifestyle magazine Huck, wrote on its website that he’d attended lawful protests in the past but had never been arrested and didn’t have a criminal history, and he hadn’t been given any reason for failing the security clearance. Sussex Police told Press Gazette it wouldn’t disclose details of individual applications and refusals. The Labour Party this year has restricted journalists from being on the conference floor — they will instead need to watch and report from a balcony. The BBC’s political editor Laura Kuenssberg has been given a bodyguard to cover the event.

Glenn Dyer’s TV ratings. Brownlow night — did it end before dawn? Not even watching the Logies can prepare you for the interminable boredom of listing to the names of footballers, clubs and the figures — one, two or three. But of that national figure, 1.038 million people watched in the five metro markets and over 60% of that figure was in Melbourne — 654,000, which once again reminds me, wake me up so I can tell you the old joke about whether anything is alive in Melbourne.

Just 243,000 people watched in the regional areas and most of them were in southern New South Wales and Victoria. Most regional viewers have to get up early and work, especially those on farms. You can’t be watching vote counting at 3.30am when there are cows to milk or the header to sharpen to get the wheat harvest underway! This is the week that stops Melbourne, until early November. — Read the rest of TV ratings on our website

The terrible history of Roger Corbett’s ‘separate but equal’ philosophy

Well, tbh the Amy Taeuber yarn smells distinctly like another ‘Louise Milligan special’: contextually selective, content-lopsided, based mostly on uncorroborated hearsay, and reverse-engineered to support a predetermined conclusion. Throw in rent-a-quotes like Tracy Spicer to try to massage the connection to Amber Harrison and big the story up into a ‘systemic problem culture’, and (last night follow up) Stephen Mayne for the corporate angle, and voila! Classic TV hatchet job driven mostly by the mournful medium-is-message mass meeja inversion: they got their hands on a vaguely ‘gotcha’ secret audio tape (except that it’s not really terribly ‘gotcha’, if you listen to its content rather than its big-corporate-bully/poor-weepy-victim form)…it’s like basing a whole story on a three second Facebook clip of a road rage or train-racist rant. This is also an old yarn and the dispute was settled (confidentially!) in Feb. So why exactly is it new now, 7.30 Report? Oh yeah: systemic 7 culture, sexual harassment, etc.

Sorry, maybe my b/s detector is wrong on this occasion, but frankly Louise Milligan has form in this mode. So I’m waiting to hear the other side – typically lacking in the yarn to date – before joining in the for-shame-7 pile on.