Gay Nationals candidate pilloried for his sexuality at preselection meeting

The creaking Nationals are in damage control after a homophobic slur dominates preselections.

When Rod Bruem and his partner Phil Terry opted for a “tree change” in 2014, moving to the beautiful, sweeping river flats just outside the northern New South Wales town of Lismore, politics was never far from the front of Bruem’s mind. After the homophobic smear and innuendo he and Terry suffered at the hands of a few locals at a September 16 National Party preselection, it’s likely to remain there.

After almost four years of running successful “grey nomad” magazine and website Time to Roam and agreeing to sell the business to staff, Bruem, 51, decided to throw his hat in the ring for the state seat of Lismore, which will become vacant at the March 2018 election when incumbent National Party member Thomas George — who has never done much to trouble the scoreboard — retires.

At the preselection meeting at Lismore City Hall, after giving a speech that was well received and after regular questions, Bruem was put on the receiving end of a barrage of leading questions and unsubstantiated statements about a range of issues not worth giving oxygen to here, but crucially, about his partner and relationship. The people asking them knew exactly what they were doing and got the result they wanted.

When Bruem demanded his treatment be taken to the party’s ethics committee, he wasn’t given a chance to state his case or appear before it and the case was opened and shut, swept under the carpet within 48 hours. Or so they thought.

NSW Deputy Premier John Barilaro has publicly showed his support for Bruem and openly questioned whether non-gay candidates would have been subject to the same sort of questioning and innuendo as Bruem, and indeed in answering his own question in the negative he arguably showed that it’s the party machine, not him, that is running the NSW Nationals.

“It is my job to stand up when I see something is not right. Thank you John Barilaro for speaking up for me,” Bruem said. ”But the whole process has shone a light on what passes for good government in the state, what passes for power, and on those who play the games and play the dirty games, and its well past time we started having a public debate about this.”

“Is it any wonder our representatives end up being [former] staffers who have never done anything or said anything, rewarded for being part of a rotten system?” he added.

Bruem has always been more interested in the conservative side of politics, unusual perhaps for an openly gay, long-term public relations operative (16 years in the top communications and government relations group at Telstra) who had lived for 15 years in inner Sydney. He had worked as a political staffer in Canberra, first for the late NSW independent Peter Andren — the pair had worked together as journalists on regional television — from 1996-1998, and then for Howard government cabinet minister Robert Hill from 1998-2000 before heading to Telstra.

“Michael Kirby once said to me, ‘You are one of the most conservative young men I have ever met,’” Bruem told Crikey. It’s apposite, then, that this week — as the ugly public same-sex marriage debate continues to rage in Australia — Kirby’s brother David published a touching tribute to his brother. It describes how the one-time High Court judge had, from a young age, wanted to be prime minister but eventually realised because of his sexual orientation, never could. Many would argue that Australia missed out, and on countless others who similarly felt excluded.

Bruem says that for a long time he thought the same, but finally after successfully building and selling their small publishing business he and Terry decided that things by now should have changed.

“All my Liberal Party friends told me to steer clear of the National Party,” Bruem said. “Should have listened but I didn’t. Lismore and Nimbin, and Byron Bay, which isn’t in the electorate but next door, would have one of the highest concentration of gay people outside Sydney and maybe the Blue Mountains/Southern Highlands, in New South Wales.”

The Nats had decided, for only the second time ever, to conduct a community preselection more akin to a US style primary, with an initial preselection designed to pick three candidates who would then run off in a public selection.

“The local members vote has fallen for the last couple of elections, so the party was keen to select a candidate that would be more acceptable to the community,” Bruem said.

I got to know Bruem, perhaps too well, at the time he was at Telstra and I was working the rounds as the telecoms writer at The Australian and niche technology publications. He was a tough operator who wasn’t afraid of a public stoush, particularly under aggressive American Telstra CEO Sol Trujillo and his voluble communication chief Phil Burgess. But Bruem was always fair and, unlike his bosses, he never got personal.

Savvy in digital communications and social media, Bruem decided to go public with his plight, and tapping into his network of public relations and media professional has quickly paid dividends. Not only has the publication picked up on the story but so too has the ABC, presenting a piece on the September 21 episode of 7.30. Such publicity has put a shudder through an unreconstructed party already creaking at state level, where it conceded Orange to Fishing and Shooters Party at last poll, and faces challenges with the unexpected retirement of well-regarded local member Katrina Hodgkinson, bruised from her encounters with the party machine. It’s now in damage control.

Deputy Prime Minister and Australia’s favorite kiwi Barnaby Joyce was vox-popped on the report, it’s unlikely that the vocally anti-same-sex marriage Joyce would have gained any traction from his appearance. Rather he has probably, despite throwing out a hoary comment along the lines of “some of my best mates are gay”, only bolstered his image as a relic of another age less tolerant age.

Here is one of the lessons for political parties: the 24-hour social media driven news cycle can work all kinds of ways. The same networks that can be used to smear people can also be used to expose grubby behavior like this, that was once a well-kept in-house secret.

What this episode shines a light on too is the opaque, unrepresentative and vicious selection processes that see the handful of candidates picked that voters later get to choose between at the ballot box. The Lismore electorate only has about 300 National Party members, Bruem said, and of those only 75 are up on the day. So much for our democracy.

Many people might ask, myself included, what Bruem expected from the National Party. Decency and respect, he says, but in the Australia of 2017 one only has to look at the same sex marriage debate to understand that it’s a bridge way too far for too many people.

This week, Bruem resigned from the National Party. “Do I have any inclination to work with them? Not really,” he said. Bruem is already heavily involved in local issues such as transport links and cleaning up rivers. “I’m more likely now to talk to the Greens and Labor about these issues — and I would rather run my own race.”

Keep an eye on Lismore on March 23 next year, it could be interesting.

Rod Bruem is an impressive candidate who deserved better 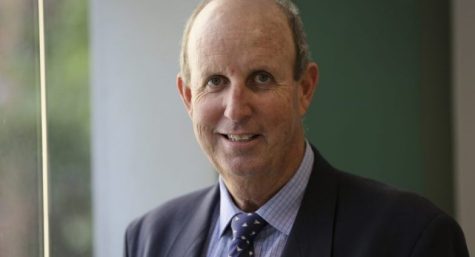 Who’s who: the ‘faceless’ men and women pulling the strings at the NSW National Party

Telstra v Fairfax: the gloves are off

Rod Bruem was a newsreader on my local TV. I would have thought working for Andren and living in the Nats heartland he would have had a better idea of the scum that dwell within it. Once again the crookedness of government in NSW is highlighted.

Lismore is an interesting study due to changing demographics and increased urbanisation.

The quicker we see the end of the National Party the better. They haven’t represented their constituents for many years, to a certain extent they represent Gina Rhinehart now. Why any farmer would vote for these coal seam gas promoters totally escapes me.

Apart from blatant homophobia the Nationals can add blatant ineptness in checking their eligibility to enter Parliament to their credentials, as well as their blatant, parochial willingness to condone the theft of water from the Murray by their donors. As already commented they are an utter disgrace and the sooner they go the better.

Guess the best thing he ever did was ditch the Nationals. Shame more Aussies don’t realise it…

Too much of a hurry to get into parliament to get their hands on those bails of cash, to hand-feed their mates.