Has the Rebel Wilson case squeezed gossip mags out of a business model?

Rebel Wilson's defamation payout has commentators predicting the end of gossip, but paparazzi who supply their pictures reckon the mags will be fine.

Rebel Wilson’s extraordinary defamation payout handed down last week prompted opining from media lawyers, academics and observers about what the decision would mean for gossip magazines. The weekly women’s mags, which trade on gossip from “friends” of their subjects and wild speculation based on paparazzi pictures, would be thinking twice about what they publish, the Australian Financial Review reported. The Guardian had experts predicting an “immediate impact” on how the gossip mags operate.

But any changes to how the mags operate were missing from this week’s editions. Woman’s Day, which published the offending articles about Wilson and cost publisher Bauer $4.65 million (with legal costs yet to be decided), has Nicole Kidman on the front cover apparently expecting twin baby boys, as well as a pointer to a royal scandal — Prince Charles’ secret son. 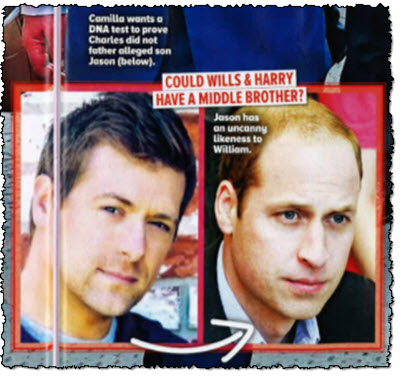 New Idea has Crown Princess Mary on its front cover, also pregnant “Palace confirms pregnant at 45!” (Spoiler: the palace has not confirmed Mary is pregnant). 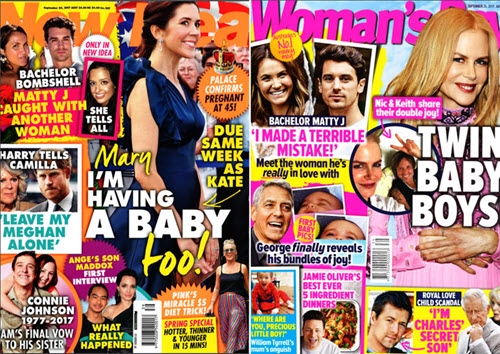 Ben McDonald, CEO of Matrix Media Agency, has been working in the industry for 16 years, supplying the mags (and others) with paparazzi shots, and reckons the women’s gossip magazines have problems that go far deeper than the record $4.65 million bill Bauer’s been given.

“I don’t think it’s going to make any difference. It’s a drop in a bucket for Bauer media worldwide.”

McDonald said the bigger problem for the magazines was their failure to adapt to the digital disruption in the media.

“Media like Pacific Magazines and Bauer have been slow to adapt. For that reason, sites like the Daily Mail have flourished. They’re setting the benchmark,” he said.

“Exclusivity of unique content is what (the magazines) used to bank on. When you’re seeing pictures coming up minute to minute on Daily Mail and news.com.au it just means whatever’s in the magazine is old, and that’s what’s really costing the magazines now.”

The end is not necessarily nigh for the industry, though, McDonald said.

“There’s an end time for print and maybe that’s coming sooner rather than later. When the money they spend on print and distribution can be directed into online, they’ll be competitive again,” he said.

Veteran paparazzo Jamie Fawcett thinks the payout could even mean more business for snappers, given that the story that got Woman’s Day into trouble was based on a single, unnamed source.

“It probably makes it more important that they have the type of paparazzi pictures that we take. It’s far better than relying on the usually unnamed sources,” he said.

It’s been a tough few years for magazines. Bauer closed print editions of Cleo and Dolly last year, and Shop ‘Til You Drop earlier this year, and Pacific closed FAMOUS last year, too.

One can only hope…