Who is Karina Okotel and why does she dislike marriage equality so much?

Unlike Lyle Shelton, Karina Okotel has come seemingly from nowhere to become one of the faces of the No campaign.

Federal Liberal Party vice-president Karina Okotel has become one of the figureheads of the No campaign, since announcing in the Australian that the “bigotry” she had encountered as an anti-marriage equality campaigner was worse than any racism she’d experienced.

Okotel followed that up with a speech at the National Press Club on September 13 describing the “vitriolic abuse” she and others campaigning for a No vote have received, which was replicated without comment in Fairfax over the weekend.

Okotel has only been Liberal Party VP since June this year — what else do we know about her?

Between 2007 and 2010, Okotel was a volunteer for World Baptist Aid, a Christian charity group based in Australia. She spent a great deal of time in Uganda, where she met her husband David.

Okotel notably mentioned in her Press Council speech that “When I first considered the legalisation of same-sex marriage several years ago, I was all for it. I thought that if two consenting adults want to marry, what does it hurt anyone else? At that point in time I would have voted ‘yes’.”

However, Okotel admitted to Crikey that she had never “actively supported” same-sex marriage and that as soon she started doing her own research on the impact of marriage equality on other countries, she changed her mind. She says this happened around 2010, soon after she finished at World Baptist Aid. Okotel is currently on maternity leave from Victorian Legal Aid.

Okotel was elected to Glen Eira City Council in 2012  — she received $1000 worth of help with her campaign material from local Liberal powerbroker and resident of the Rosstown Council Ward that Okotel represented, Frank Greenstein — and served as a councillor and deputy mayor until March 2016, when she stood down run on the Liberal’s Victoria Senate ticket for the 2016 federal election.

In 2014, she voted against the council’s decision to compile a report on what Glen Eira could learn from other councils’ (such as Greater Geelong Council) advocacy for same-sex marriage. She argued that it was not the role of local government to enter debate about changing federal legislation, but was in the minority; the motion passed, six to two.

“When the council made a move to support gay marriage and I read out some of the revolting emails I was sent by the church and Rabbis, she declared this to be free speech,” a senior council source told Crikey.

The correspondence, seen by Crikey, contains some of the following arguments:

“If people no longer believe there is anything special about marriage, apart from the issuing of a wedding certificate, then it is no surprise they would equate both heterosexual and homosexual relationships. Perhaps in the not so distant future they will think the same about incestuous unions and/ or polygamy.”

“…However it should be remembered that the unhealthy practices of many homosexual men was a major cause of the AIDS plague. This still incurable disease has caused the death of thousands throughout the world. This alone makes it difficult to have any sympathy for the gay lobby’s wish for marriage equality.

“Our own efforts at reasoned debate concerning this issue, including raising the very real prospect of a legal slippery slope to also recognise polygamous and polyamorous relationships as “marriages”, have often been met with hate-filled invectives.”

Okotel defended the right of people to make those arguments, maintaining it was valid to consider where any legislative changes might lead. However, she said to compare homosexual relationships with incest or paedophilia was “obviously wrong”.

Okotel shared with Crikey some of the messages she had received since going public with her views. Despite having said that the bigotry of the Yes campaign is worse that racism, a lot of it just plain is racism — her race and that she should “go back home on her boat” come up, as does the wish that she would die off.

However, Okotel doesn’t think the majority of the negative feedback she’s received — saying that her argument is bigoted or homophobic — is any better.

“Anyone who doesn’t completely buy into marriage equality is immediately labeled hateful to shut down the debate, and no one wants that.” 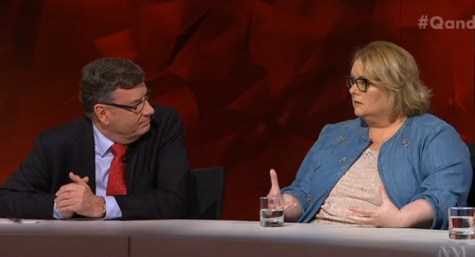 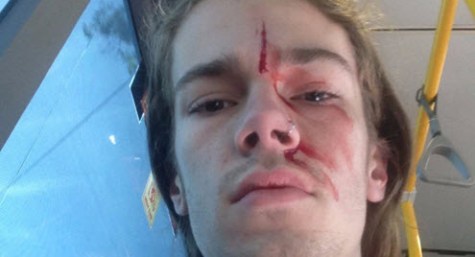 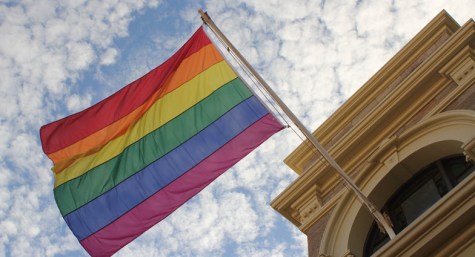 Marriage equality debate somewhere over the rainbow for local council

She should have her face on the cover page of the Daily Telegraph with the headline SAME SEX CRUSADE blaring out. But that will never happen.

It will now, you defender of gay-conversion therapists

To Conservatives, “free speech” means not only that their speech can be heard, but that it must be accorded respect.

Consequently, mere criticism of their opinion is viewed as oppression, if not censorship.

This is the belief underlying the Faux News concept of “balance” that Hanson wants to saddle poor old Auntie with.

So the chocolate chip in the bowl of vanilla icecream that we call the Coalition, is proclaiming that cries of “pedo!” are free speech; and that those of us who call out this bigotry are the REAL bigots; and that she totally would’ve voted yes if we weren’t all being so mean about it; and that she did for-realsies research that revealed how wrong she was for supporting it…
… I hesitate to ask wether you inquired into what this “research” was; or how one would conduct it in Uganda (where 500,000 gays are illegal and corrective rapes are a thing).
But then, none of you picked up the malpractices of Pansy Lai either (ie. the gay conversion therapy).

Who is Katrina Okatel”?
There’s a clue not hidden in this sentence.
“Federal Liberal Party vice-president…”
Oh, and a wee bit further on …”announcing in “The Australian”.

‘… as soon she started doing her own research on the impact of marriage equality on other countries, she changed her mind’.
It’s really not clear why she ‘changed her mind’ here. What did the research tell her?
Beyond that, Okotel proffers a weak (‘perhaps’) slippery slope argument. Such arguments are plausible if you demonstrate a strong link, ie ‘likely’ rather than ‘possible’, but are otherwise insubstantial.
‘This [‘the unhealthy practices of many homosexual men’] alone makes it difficult to have any sympathy for the gay lobby’s wish for marriage equality’.
That doesn’t even resemble a coherent argument.

He didn’t ask.
For this sort of “view-from-nowhere” jobbing, they never do.

Her ‘ research’ is a couple of opinions from others and a few anecdotes. I read it in another publication. No evidence, no sources quoted.