Media reform: how the sausage got made

The government finally got a win on its media reform bill, but who extracted what along the way?

The government is claiming a win this morning as its landmark media reforms made it through the Senate, with deals with Nick Xenophon and One Nation delivering a victory in the final hours of Parliament sitting. But how did it happen?

When governments look at media reform, the lobbying effort is intense. Not only is the government dealing with crossbenchers who will be around for many more years and votes, but also media bosses who decide exactly what the public hears and sees from the halls of power, and how that is presented to them.

“I think it’s fair to say that this has been the most difficult and protracted and robust set of negotiations I have engaged with in 20 years of being in parliament, state and federal,” crossbench Senator Nick Xenophon told the Senate late on Wednesday night, after months of negotiations culminated in a deal that would allow the government to abolish the two-out-of-three rule, would remove licence fees for broadcasters, and also ushered in an innovation fund for small and regional publishers, plus subsidies to hire cadets in country and small newsrooms.

The negotiations moved in fits and starts, with Communications Minister Mitch Fifield and Xenophon looking close to a deal in August, when the government pushed a sense of urgency in order to save the embattled Channel Ten. The network was in administration, and it seemed like the only way back to operation was a deal with Bruce Gordon and Lachlan Murdoch — a deal that could only go ahead without the two-out-of-three rule. That was when Xenophon was pushing for tax breaks for small and regional publishers with revenue below $30 million per year. The deal didn’t get over the line, and in the weeks since it was reported that some on the Coalition backbench wouldn’t back a plan that would benefit overseas publishers like The Guardian and BuzzFeed.

In the end the deal was too late for Gordon and Murdoch, with US giant CBS making a bid for Ten while they waited on negotiations.

The commercial media outlets had been lobbying hard for months, with a glitzy event in Parliament House in May where the executives pleaded their case, saying that the changes needed to be approved for their companies to remain profitable in Australia.

The deal with One Nation was done in August as well, with Pauline Hanson and her three other votes coming with the promise from the government to conduct a “competitive neutrality review” into the ABC, and to ask for reporting on ABC staff on salaries of more than $200,000 a year. Surprisingly, the One Nation demands also included $12 million for community radio.

The Liberal Democrats’ David Leyonhjelm also extracted a small win out of the government on Wednesday, after campaigning for changes that would allow Australians to participate in poker online. The concession, while small, came after the deal with Xenophon looked to be done, with Leyonhjelm holding out to see that the concessions didn’t go too far from what he could support. Leyonhjelm was spotted talking to Fifield during question time on Wednesday, after the minister had walked in and out of the chamber as negotiations went down to the wire.

The Senate sat late on Wednesday night, when independent Senator Jacqui Lambie blasted the deal between the government and One Nation, defending the ABC against the “crap” deal.

“You are a disgusting bunch of individuals at times. You have no moral values. To go after the public broadcaster is an absolute disgrace.”

Xenophon says he was lobbied by many across the media industry, speaking to big companies like News Corp and Fairfax, as well as smaller publishers like Morrie Schwartz and Eric Beecher (chairman of Private Media, which publishes Crikey). The measures gained will encourage regional publishers to put on more staff, Xenophon says.

Beecher says he saw the reform as an opportunity to advocate for civic journalism. “I believe that the business model for funding journalism is totally collapsed and that I passionately believe that the only serious support for that funding model can come from government because there’s no one else that has the resources to do that.”

Beecher was one of several media owners who suggested measures that would assist small and regional publishers, and Beecher and Xenophon received some technical advice from Crikey political editor Bernard Keane, based on his years of experience as manager of media policy in the Department of Communications before he moved into journalism. Keane has recused himself from covering the issue as a result.

As it stands, the Senate vote was only finalised after the House of Representatives had called it a day, meaning that the changes will only be in effect in October, when Parliament next sits. 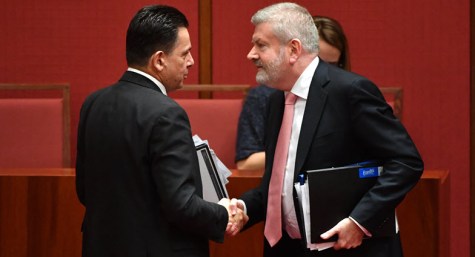 Xenophon’s spare change helps (a) Crikey, (b), Nick Xenophon, (c) basically no one else 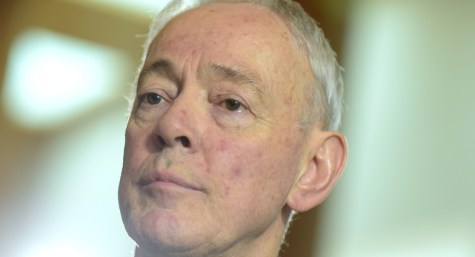 Media reforms cannot proceed while Ten is on the brink

The deal left out the vast bulk of small micro publishers. It utterly screws over the true start up and niche sector of online media. Unless you have deep pockets like Private Media, then you don’t get a look in with this deal.

Xenophon didn’t actually talk to anyone from the smaller end of the online media sector, as it didn’t suit his actual political aim which is to curry favour with big regional media so he can hoover up more votes.

Xenophon knows next to nothing about online media and the way Google operates with it’s vast publisher partner network – all of whom pay tax on their earnings derived from Google ads that they run on their websites.

Given Private Media sees itself as getting a good feed at the Xenophon trough – maybe you should actually get out there and actually talk to some of the people who got left out of this initiative.

What should have been a simple tax incentive based around a 140 tax deductions for specific expenditures has been turned into a 60 million dollar slush fund for big regional media who will now use taxpayers funds to fuel their own efforts to target existing niche publishers who got left out of the deal.

A truly sad day for new media in Australia.

Will there be a question over the legitimacy of these changes since a few of the MPs and senators voting on it are (allegedly) not eligible to sit in parliament?

I wondered that too, Wayne…especially in the case of Xenophony, who is still under a cloud!
I come from SA, and Mr X doesn’t do anything unless it promotes HIM! Maybe someone in the media who is disadvantaged by this might challenge the deal…especially as there are a number of senators who would have voted for this…and who may not even be eligible to sit in the parliament since the last election, let alone vote on contentious legislation.

My view is that the usual suspects – mudorc & legacy meeja – who are singing hallelujahs are precisely those with whom I least want to be associated.
This bloodless screed from Crikey is very depressing – it seems to have been written by Turing machine – and does precisely nothing to suggest that We, the People, will benefit from this nasty stitch-up.
All I can hope is that all the talk about legacy being dead, and only showing movement due to necrotic worms, is true.
Odd that there are so few comments here – we must all be still too shell shocked.

I hope little Eddie Munster is happy with his part in this Chinese whispers legislation – what he heard (and passed) may not actually be what was said?

Government assistance to smaller media players could almost be construed as “cash for comment” and we wouldn’t want that, would we? Can I assume Crikey will stand by it’s recent strongly stated principles and not accept this?
More media consolidation will help one group and one group only – big media. It will lead to less, not more of the quality journalism you claim to care about.
The proposed changes are “hush money” from the Government to all that benefit. Don’t think for one second that they will not call in the debt.
Xenophon is a total shonk.