Doping in sport is endemic and unstoppable — so what next?

Yes, athletes take drugs. No, we can't stop them. So where do we go from here? Dr James Connor , sports researcher and sociological academic, explores the options.

The revelation that 43.6% of competitors at the World Championships in Athletics and 57.1% at the Pan-Arab Games, both held in 2011, were doping is a result that shocks none of us who research doping in sport. We have known for a long time that the real figure of doping was much higher then the oft-quoted rates of 1-2%. This study matters because it finally provides evidence for the claim doping researchers have repeatedly made: the anti-doping regime doesn’t work. It also tells us a lot about the governance of international sport and the World Anti-Doping Agency that it took five years for the study to be published.

Understanding prevalence is crucial to assess the real harm that a particular activity causes, the severity of the interventions required and the likely long-term effects. Finding reliable statistics for doping in elite sport is notoriously difficult. Not surprisingly, athletes don’t readily admit to malfeasance and risk a two-year ban. WADA has mostly relied on its testing regime results that show 1-2% prevalence; unfortunately, we know that the testing is flawed. Testing only captures those silly enough to get caught — the analogy here is speeding, as clearly the number of speeding tickets does not represent the true rate of speeding, only those unlucky speedsters who get caught. Conversely, using a range of other methods, we get prevalence rates of up to 80% in some sports and certainly a figure that is closer to 10-15% across all sport. This is why this study is landmark and crucial — using a novel social science survey trick and guaranteed anonymity the research team found  much more disturbing figures.

[The real sacrifice of athletes — giving up their privacy]

Prevalence rates in the range of 50% of athletes tells us that the anti-doping regime in global sport has failed. The increase in tests, the introduction of longitudinal monitoring (the athlete blood passport) and further education programs have all failed. The egregious trampling of athlete rights via strict liability punishment (if it is in your system it is your fault no matter what) and the loss of privacy and autonomy (athlete whereabouts systems and almost constant monitoring) have not stopped doping. There is certainly a lesson here: it does not matter how onerous you make punishment and surveillance, people will still engage in the activity and get away with it – especially with the rewards on offer.

It has taken a long time for the results to be published because allegedly WADA and the International Association of Athletics Federations did not want these figures to be made public. The statistics are shocking and indicate that the war on doping is lost. The view of elite sport as clean (it’s not), healthy (also not) and fair (not even close to level) are the great marketing drawcards, used to sell merchandise and broadcasting rights worth astronomical amounts to the governing bodies, such as the International Olympics Committee and IAAF. Which, given the sums involved and the lack of oversight of these international bodies, leads inevitably to the scandals and corruption that has plagued sport.

Doping is inevitable in international sport where prize money, glory and, as the re-emergence of state sanctioned doping programs indicates, national prestige is on the line. Unless those drivers of behaviour disappear, then the incentives to dope will remain. Further, if you want to be competitive at the elite level you almost have to dope, just like you also need nutrition, coaching, sports psychology and all the other support possible to win.

Where do we go from here then — accept that doping is part of sport and allow it? This would certainly make it safer for the athlete (via medical monitoring of doping) and we could truly see just how fast and strong (enhanced) humanity can be. However, the coercion that this implies is deeply problematic as you’d never make it to a “doped” Olympics without the drugs. Further, this is an impossible ask when we consider the likely effect it will have on minors — who aspire to and even compete at that level. Thus, we are left with only two choices. Continue an anti-doping regime that fails, probably with further erosion of athlete rights. Or we can reassess the entire sport system and work on the drivers of doping — nationalism, prize money, glory, and the need to win at any cost. This approach might also have the added benefit of casting light into the dark shadows of international sports governance. But I won’t be holding my breath for that one.

The players are victims in sports drug witch hunt 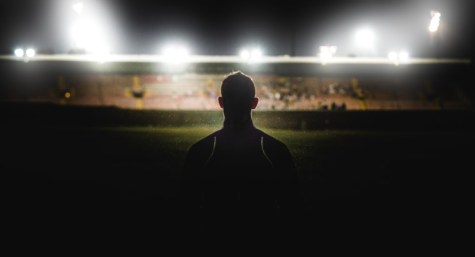 It’s not just Russia — there are doping cheats everywhere

Doping at the Olympics: how many won’t get caught?

Call professional sportspeople entertainers. Give up on the Olympics & Commonwealth Games – a waste of money in my opinion. The olympics, in particular, has become corrupted.

Very thoughtful article James. But this:

also applies (in many sports) to the unhealthy and disfiguring training regimes that athletes must endure. Not sure that adding drugs to the list would make the situation worse.

Many surveys over the years have shown that athletics competitors in virtually all disciplines would take drugs for the edge at the expense of their health!
If that doesn’t demonstrate the intellectual, never mind moral/ethical, inadequacy of sporty types then I don’t know what does.

“Things go better with coke”?
Be honest? We could always have “The Dopey Guinea Pig Games”? …….
All those glittering prizes are a distraction from sports as first envisaged – the temptation to seek an edge (for access to them) too great.
Take the edges off and what would we have left; where would association-hungry sponsors spend their bundles of money?

(Personally I never believed Essendon was the only mob walking on the dark side when they were “sprung” – didn’t some other clubs unwind; didn’t some individuals take longer to recuperate from injury : while the Bombers didn’t drop down the ladder that much, next year, after that boom was lowered. But if the AFL had penalised all those dabbling, what would have been left?)