Radio Norfolk told them they were surplus to requirements. So they formed their own station.

A group of Norfolk Islanders are setting up a community radio station as competition to the Australian government-run local station, which they say doesn’t allow freedom of expression.

Bob Turner applied for the radio licence after he says he was sacked from Radio Norfolk, the local station, for being too outspoken against the Australian government. He told Crikey he was one of five presenters fired “for voicing opinions that weren’t what the Australian government wanted”. They were officially told they were surplus to requirements, and Turner said the stations output was now covered by only a handful of staff and volunteers, relying on more international content.

“The local radio is the only source of local media on Norfolk Island,” Turner said. “And local content’s dropped right down.”

So he applied for a radio licence, has been given access to a building the station can use as a studio and community centre for a year and crowdfunded for radio equipment — the community station met its target of $7000 last week.

Turner said he’d applied for the licence more than a year ago, but it had only just been approved and since then they had been running a membership drive and working on the new studio, including a community working bee.

“We are wanting to build a community station where everybody has a voice no matter where they stand and a space that’s as interactive as possible where everybody feels welcome,” he said.

The not-for-profit community station is also running a membership program to help with funding.

Turner told Crikey the station would be a community meeting place, and he hoped the local school could be involved, and there would more of the native language spoken on air.

The Australian government took over public assets on the island in 2015 when self-government was removed and the local Legislative Assembly was abolished. The move was the result of a bailout during the global financial crisis. The island had been self-governed since the 1970s. 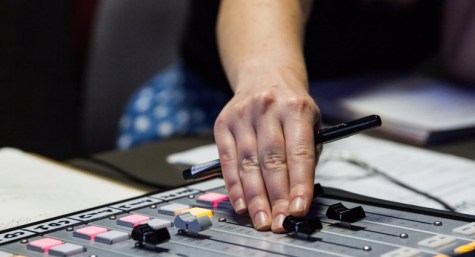 Budget signals the ‘beginning of the end’ of community radio

Norfolk Island is deemed to part of the Sydney electorate, currently held by Tanya Plibersek.
Lotsa luck with speaking truth to power, Mr Turner.
I was hoping the story would be about it taking up a Radio Caroline, giving the east coast some alternative to Guthrie’s ABC.