Why are ticket scalpers so damn successful?

Crikey has a look at the scalping phenomenon and how secondary ticket markets make their money.

So you want to go to finals football. You google “preliminary final tickets”, click on the top link and put in your credit card details. Unfortunately in 2017, this does not guarantee much.

The ticket you bought might have been sold twice, cancelled by the venue, or you might have paid a significant premium without realising.

In fact, 75% of Australians using the web to buy tickets have been tricked into using resale website posing as a genuine direct to customer retailer.

Crikey has a look at the scalping phenomenon and how secondary ticket markets make their money.

What company is scalping tickets?

According to a new report by Choice today, resale site Viagogo is the biggest culprit.

Viagogo is a Swiss company getting in the headlines for all the wrong reasons in Australia and the UK at the moment. It was founded just over a decade ago and now operates in 160 countries.

The AFL has now taken a markedly different stance to Viagogo than it has in the past. In 2013, when the website launched in Australia, both the Collingwood and Richmond football clubs signed up as partners, calling the site the clubs’ “official ticket portal”. Richmond CEO Brendon Gale said at the time: “We are delighted to be working with the industry leader in secondary ticketing to widen access to live sport and entertainment for Richmond supporters.”

This week the AFL has warned fans to avoid Viagogo for finals tickets, saying it “fleeces” fans.

How does ticket scalping work?

Resalers like Viagogo are careful to make their websites look the part, offering the “best price” and even calling themselves the “official site”.

Choice is particularly annoyed at Google for letting the resalers advertise the claims in paid spots at the top of a page of search results. Once you’re in, the veneer of respectability continues right up until you’re slapped with a $52 fee just to buy a ticket.

Before they can lure you in, however, Viagogo and its ilk need to use various means to get their hands on tickets quickly, whether it be deals with promoters, touring companies or even bots.

Most Australian tickets sold to the likes of Viagogo are said to come from ticket brokers, individuals who claim they “just want the best for their clients”. These are individuals who buy large quantities of tickets, creating an artificial shortage for people who want to attend an event and in doing so inflating the price. Many brokers are said to be in cahoots with promoters directly.

US scalping sites use sophisticated technology to rig the system in their favour, and unsurprisingly regulators can’t keep up.

The sites are known to use bots (web robots) to purchase the best seats to an event as soon as it goes on sale, giving them a huge advantage in resale value. Last year US Congress passed legislation banning the bots, but the practice carries on.

It’s unclear whether Australian ticket scalpers are using this technology.

Why hasn’t the government done anything to stop the scalping?

Australian authorities have lagged, but movement is certainly afoot. On Monday the Australian Competition and Consumer Commission launched legal action against Viagogo.

The ACCC is alleging that the resaler “failed to disclose significant and unavoidable fees upfront in the ticket price”.

Pricing isn’t the whole issue though and the issue of whether scalping itself should fall under a national approach (for example, banning selling tickets for higher than original price) is a much trickier question. 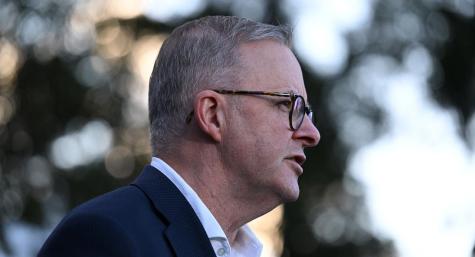 A fairly incomplete article, to say the least. The Victorian government has banned scalping of grand final tickets, raising the question of why it didn’t do it for all finals. It is also the case that for many on the right, scalping is capitalism as it should be.

Crikey has a very odd attitude to market forces and the free market.

Whoops, that should have been “Net Piracy is okay if…”

I’m all for competition and alternative distributors of tickets but letting sellers who claim to be “official sellers” and even selling non-admissible tickets is just a downright con.

The other alternative to scalpers is to increase the price of tickets in the first place.

Gotta lurve that there ole free market, capitalism red in tooth & claw.
Seller rarely force buyers to part with cash, there is the element of choice to say no.
Even works with smack dealers and theirs is generally thought to be a captive clientele.