Addicted to cash: why Labor won’t dump the SDA

Labor is campaigning hard against organisations that want to undermine penalty rates -- but will quietly look the other way if you give it enough money.

Fair enough. But it prompts the question of why Labor is continuing its financial links with an organisation that, more than any other, has undermined penalty rates for ordinary workers — the Shop, Distributive and Allied Employees’ Association (otherwise known as the SDA). The Shoppies union has sold out hundreds of thousands of workers since the Fair Work Act became law. In deals involving the country’s biggest retail employers — Coles, Woolworth’s, McDonalds, KFC — the SDA has traded off penalty rates for wage rises that have left large numbers of casual and part-time workers significantly worse off. One estimate is that workers under SDA-negotiated agreements have lost around $1 billion in wages between 2011-16, when Fairfax revealed the dodgy deals.

Indeed, the SDA’s dodgy deals have been known in trade union circles since the union — which is also profoundly homophobic and socially reactionary — began negotiating them.

But despite the SDA’s long track record of failing to represent its workers properly, Labor has maintained strong connections with the union. The union is represented in the Senate on the Labor side by conservative Catholics Jacinta Collins and Don Farrell (and, until he resigned last year, WA senator Joe Bullock). The key reason is that the SDA is, outside of Labor’s own investment vehicles, is the biggest donor to the federal party, having handed over $1.8 million in donations since 2010. The SDA is also a big donor to state and territory branches, contributing $2.15 million to party coffers around the country in 2015-16.

A party committed to backing penalty rates would be returning the SDA’s cheques with a polite request that it stop screwing over its own members. But when you write cheques as big as the Shoppies do, Labor will overlook what you do to your members, however much it contradicts a key plank of the party’s political strategy. 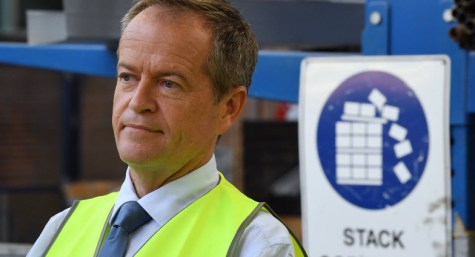 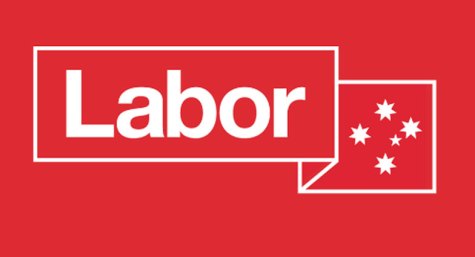 Would appreciate any evidence by the SDA that its leadership’s conservative views (no longer just social, clearly economic too) are shared by the membership. One does not have to revert to Mr Humphries stereotypes (“Are You Being Served”) to conclude that there is a substantial disconnect between the leaders (who end up in parliament on salaries they could not vaguely come near in real life) and the people they are supposed to represent. I am grateful that when in the workforce, I was a member of a non-ALP-affiliated union, which meant that the leadership was not wasting its time plotting and scheming on ALP matters and trying to propel talentless drones into parliament.

The SDA is a disgrace and should be ejected out of the labour movement altogether, let alone being able to influence Labor policy.

Wasn’t there a rival union being set up to – you know – do the job that a union should do for it’s members?

Nudiefish
The Retail and Fast Food Workers Union was established in 2016 to take on the might of the SDA. I am not sure how successful it has been in obtaining members or getting a voice at the table.

Some believe that diplomatic relations ultimately are best even with wandering brethren.

What is the basis of this view, repeated without explanation in Crikey and elsewhere, that the SDA has sold out its members? Has it actually been demonstrated that workers under SDA deals are better off than those without? Comparing workers on SDA deals to those not on SDA deals suggests the contrary; a fortiori if we compare them to workers in other sectors (e.g. hospitality) or retail workers overseas.

Award conditions are traded off all the time – it’s the whole point of enterprise bargaining. You take a lower weekend rate in exchange for a higher base rate, or whatever. Minds can reasonably differ about bargaining tactics or the merits of particular agreements. But the fact that an enterprise agreement has lower penalty rates that the award is not proof that members have been betrayed.

The SDA’s line on social issues, of course, is a whole other story.

Trading off benefits that only favour the business is not their job. Most retail workers operate outside standard hours. Giving them a tiny hourly increase is a sham.