There are fewer female Coalition MPs than there have been for a generation. Paula Matthewson investigates how to change this unrepresentative old boys' club.

A perverse benefit of the citizenship ballsup currently facing the Turnbull government is that it could increase the number of female MPs in the Coalition’s ranks. Well, by one senator, but given the miserable state of affairs that’s better than nothing.

If or when the High Court invalidates the 2016 election of Nationals senator Matt Canavan, it’s likely the LNP’s Joanna Lindgren, the next candidate on the Coalition’s Queensland senate ticket, will be duly elected. Similarly, the Liberals’ Hollie Hughes will replace Fiona Nash in NSW.

That would bring the number of women in the Turnbull government from a paltry 21 to a measly 22 (or 26%).

As the academic (and columnist/presenter) Peter van Onselen noted earlier this year: “There are fewer women in parliament on the conservative side now than for a generation.”

Put another way, the Coalition has the same number of women in its entire lower house team (13 MPs) as Labor has on its frontbench (not counting the opposition’s extended retinue of shadow parliamentary secretaries).

The Coalition’s seeming inability to treat its own women equitably has nothing to do with merit and everything to do with its factions, which are dominated by men. These men ensure that other men are preselected for safe seats, while the women are relegated to those with marginal prospects.

In the lead up to the 2016 federal election, Nicolle Flint was the only women preselected to replace 14 retiring Coalition MPs. The two retiring women, Sharman Stone and Teresa Gambaro were replaced by men, while another man managed to oust former Speaker Bronwyn Bishop from her safe seat.

Flint was subsequently elected but is now one of six women in the Coalition’s bakers’ dozen that hold marginal seats and who will be cast off in the likely swing against the government at the next election. Flint’s margin is 3.5%, but four of the others are on less than 1.3%.

This is all mentioned as context for an interesting snippet about female Coalition MPs that emerged late last week. According to the media report, Sarah Henderson, who is another of the Coalition’s most marginal seat holders (at 3.1%), has established a group for Coalition women on the instant messaging service WhatsApp. Four of the five women holding the other most marginal seats were listed as being members of the group.

The story implies the group is somehow “secret”, although the same media organisation carried a story 10 months ago noting WhatsApp was widely used by Coalition MPs and staffers. Not only were Malcolm Turnbull and his cabinet ministers reportedly using WhatsApp to “conduct confidential discussions” but private chat groups were also being used on the platform by “government chiefs of staff, ministerial media advisers, the frontline economic team”.

So, it hardly seems newsworthy that the messaging service is also being used for a group of Coalition women. However, according to the journo who received the “leaked” screenshot of the chat group in action, the leak “suggests an unhappiness with an emergence of so-called identity-based factions within the Coalition, rather than on traditional ideological lines like wet or dry”.

You can take that as code for at least one female conservative MP not being happy with the Coalition establishing anything that might resemble Emily’s List, Labor’s leading women’s spruiker.

The obvious response to that apparent concern is that ideologically-based factions clearly aren’t delivering equitable outcomes for Coalition women, so it’s well past time to try something else.

The irony is the last time an “identity-based” faction of this type was established within the Coalition, it was by arch-conservative Peta Credlin. Credlin created a network for female Coalition staffers reportedly in response to the lack of women who came to her defence following Clive Palmer’s appalling attack on the then chief of staff over Tony Abbott’s paid parental leave scheme.

And yes, the keynote address at the network’s launch (to which the Coalition’s most senior woman, Julie Bishop, was not invited), was the Minister for Women himself, Tony Abbott.

If Credlin can see the merit in employing identify politics to astroturf her own support base, why not use it for an actually worthy cause — such as ensuring that Coalition women in parliament do not go the same way as the dodo.

To survive, let alone be part of an Australian government that can reflect the diversity of the nation it serves, female Liberal and National MPs are going to need more than an app for that purpose. They need a way to cut through the factional power that is being exercised by men to further the interests of other men.

Labor is no less exposed to this homogenisation risk, but the tendency has been moderated somewhat by the party’s quota system and an albeit inconsistent willingness by its leadership to step in to protect valued female MPs. The Don Farrell’s of this world continue to slip through, but it would be fair to say that Labor would not be where it is today without a quota to protect the interests of women.

Coalition women need more than an app — they need a quota. 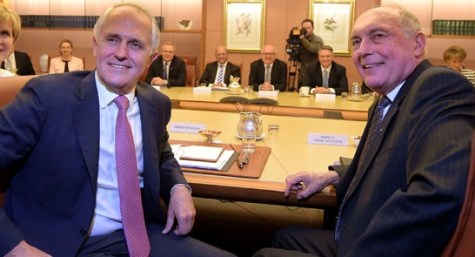 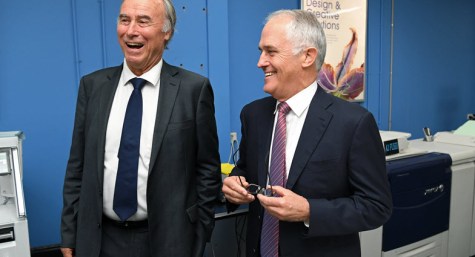 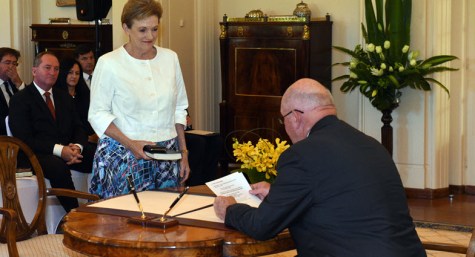 Senseless Prentice ousting a win for the new governing class

And, if we’re being pedantic, “old boy’s club”?

Aside from the important and interesting gender issue, Lindgren would, if she returns to the Senate, caucus with the Libs and not the Nats. And it would be her second term when she was not elected at the general election.

You’re so right, Paula. The game of politics is not played to win, it’s played so that whichever gender you are wins. As has been well established in the neurological, biological and psychological literature, all men think alike and have identical interests and all women think alike and have identical interests. Let’s dispense with assessing people based on their individual merit and instead go with their gender identity. Looking forward to seeing 50% women in mining/machinery operation and 50% men in primary education/community service/healthcare as soon as we’ve attended to the gender oppression in politics and among CEOs.

old greybearded one
Reply to  JQ

We used to have nearly 50% men in Primary education 20 years ago. Now at my school we are 5%. Well done feminists.

Also, on behalf of the fairer sex I’d like to thank you for the implication that women are unable to be successful or manifest their own destiny without intervention

If you want to proffer bog standard nonsense to explain away male priviledge that men fight tooth and nail to protect do it on your own behalf and dont bring women into it, we are not the fairer sex we’re the excluded and marginalised gender and that will end one way or another

The idea that men “fight tooth and nail” to protect advantages over women is pathetically uni-dimensional and unsophisticated. According to your apparent brand of grievance feminism it’s simply not possible that women might enjoy certain privileges over men in some domains as men enjoy privileges over women in others. Are there any women out there included and elevated thanks to their intellect/conscientiousness/beauty/etc? Any men out there excluded and marginalised due to their lack of intellect/conscientiousness/beauty? None at all? Well, that defies reality…
The thing is, life is oppressive and full of suffering. All of us are oppressed in a multitude of different ways. Rather than blaming an entire gender for the perceived (and genuine) slights suffered by the other gender, how about taking some responsibility for one’s own success among any of the numerous competence-based hierarchies our society has created?

Enjoy the priviledge as long as you can because as I said – it will end, and with the likes of Abbott and Trump at the barricades the end is near

It’s going to be so wonderful when we’re all the same, isn’t it? Or better yet, when your definition of the oppressed, weak, and underprivileged are the oppressors, strong and privileged.