News Corp lawyers have sent a defamation concerns notice to an independent journalist on behalf of one of its editors.

News Corp lawyers have sent a defamation concerns notice to an independent journalist on behalf of one of its editors. Serkan Ozturk published a story on his website True Crime News Weekly last week that made allegations about Corey Sinclair, the editor of Alice Spring’s Centralian Advocate, about his time as editor of the Star Observer. Ozturk’s article uses unnamed sources that allege Sinclair was a bully, threatening and had a drug addiction that his employers had to cover up, in a larger article about problems he sees with LGBTIA media outlets in Australia.

In the letter sent yesterday, News Corp said Sinclair “absolutely denies” bullying staff and having been a drug addict. It said Sinclair had been required to question the work of employees due to his position at the publication. “While it is clear the unnamed source for your article took offence at Mr Sinclair having done so, such conduct does not constitute bullying, let alone the repeated bullying conduct falsely implied by your article,” it said.

It asks that the allegations be removed, that Ozturk asks Google to re-scrape the webpage, and for an apology within 28 days.

“As my client is himself a member of the Australian media he is willing to accept the above demands in full and final settlement of his complaint,” the letter said.

News Corp also says Ozturk’s assertion in the article that Sinclair “would not comment” was incorrect, as he had not been approached at all. Ozturk said he sent Sinclair a direct message on Twitter, that he said was marked as read.

Ozturk told Crikey he would not be taking the article down, but was planning on calling News Corp lawyers after he’d spoken to his own to try to smooth things over.

“Of course I’m not going to delete it from my website … I reported the truth, I reported in the public interest,” he said. “I did research and actual journalism.”

Sinclair has been editor of the Centralian Advocate since May this year — he’d started out there as a cadet. He was editor of the Star Observer until earlier this year. Sinclair declined to comment when contacted by Crikey. 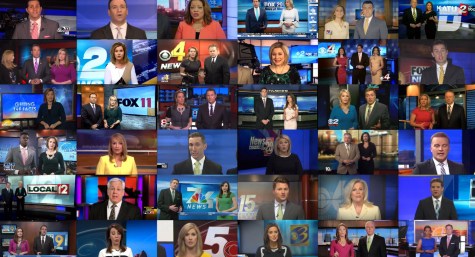